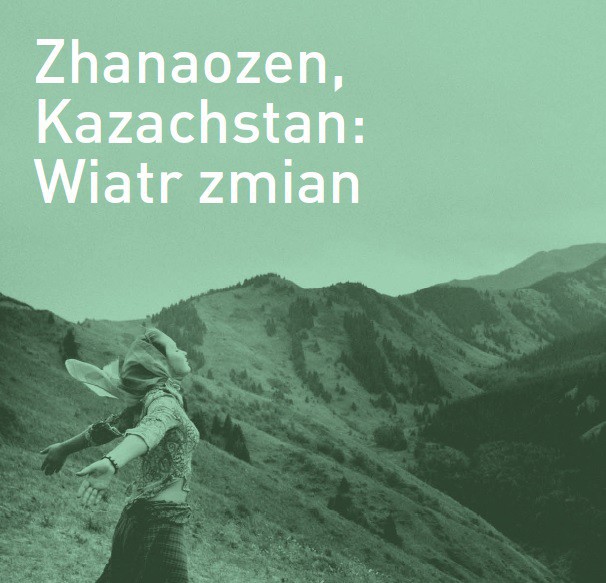 We present to you an information booklet, devoted to the turbulent situation in the Republicof Kazakhstan – the largest country in Central Asia and the third largest economy in the CIS (after Russia and Ukraine).

Due to its significance, Kazakhstan has been one of the main areas of interest and activity for the Open Dialog Foundation for over three years.

To most Europeans, Kazakhstan is still an unexplored country. The authorities, which are focused on the development of economic cooperation with the Western world, from which they personally receive significant financial benefit, make all possible efforts as well as employ various different means to alter this image. Their activity on the international stage and their concern for the carefully cultivated image of the country which is a democratic and stable partner in politics and business enables the European community to make an effective impact on the government of Kazakhstan.

Despite official statements and international obligations, Kazakhstan does not respect fundamental human or civil rights. opposition leaders, civil society organisations and the few mass-media, which are independent from the authorities, have been subjected to pressure. In 2011, the list of organisations that are considered by the government as a potential threat, was extended to include the striking employees of the oil sector in the town of Zhanaozen, located in the heart of the oil region in the West of the country. The politically active, intellectual elite in their resistance to the ruling system have acquired a strong ally. The authorities responded with increased oppression, and the strike ended in bloodshed and the arrest of its participants. opposition and independent media were accused of provoking the conflict. opposition leaders face many years’ imprisonment and the media fear being recognised as extremist groups and deemed illegal.

The year 2012 proved that the mobilisation of the European community can be successful in protecting the victims of oppression in Kazakhstan. under the influence of the European Parliament resolution of the 15th of March, 2012, as well as numerous appeals and political pressure, many detainees have been released. However, for some, freedom also meant emigration. Europe, particularly Poland, has become a safe haven for these people.

The Kazakh authorities do not initiate a dialogue with society. The level of restrictions on freedom of speech in Kazakhstan is one of the highest in the world. However, the government cannot avoid engaging in dialogue with Europe. Therefore, it is in Europe where the oppressed oppositionists, journalists and civil activists seek support. In OSCE and the European Parliament, ambassadors, special envoys of the MIA and prosecutors from Kazakhstan have repeatedly met with people who are denied the right of expression in their homeland. Thus, Europe is becoming the forum for a difficult discussion on the situation in Kazakhstan – a debate which has been avoided and inhibited by some, and yearned for by others. This discussion has been initiated by non-governmental organisations and moderated by European politicians. The promotion of this dialogue is the mission of our Foundation.

Dialogue about the future of Kazakhstan is of particular importance at the present time when the country is on the brink of change.The strike in Zhanaozen acquired symbolic meaning, separating two phases of the modern history of Kazakhstan.

The world’s attention has now been attracted both by the shuffle at the top-level of government and by the process, in which Vladimir Kozlov, the opposition leader, was sentenced to 7 years and 6 months’ imprisonment. On the 21st of September, 2012, the all-powerful Head of the Presidential Administration, Aslan Musin was removed from his post, and on the 24th of September, 2012, Karim Masimov was ousted from his position of Prime Minister to be reappointed the head of the administration. On the 28th of September, 2012, the Minister of Foreign Affairs Yerzhan Kazykhanov was replaced with Yerlan Idrisov.

A few days earlier, in Brussels, representativesof the largest independent media organisations: the Respublika and the Vzglyad newspapers submitted a draft of the so-called Zhanaozen List to the European Parliament and European Commission. The document includes names of persons responsible for the pacification of the strike of oil workers and the wave of oppression, which followed the events. Aslan Musin topped the list. Negotiations on the new agreement on partnership and economic cooperation between the EU and Kazakhstan are now entering a critical stage. What will the future bring? We can be only sure that it is worth keeping an eye on Kazakhstan.