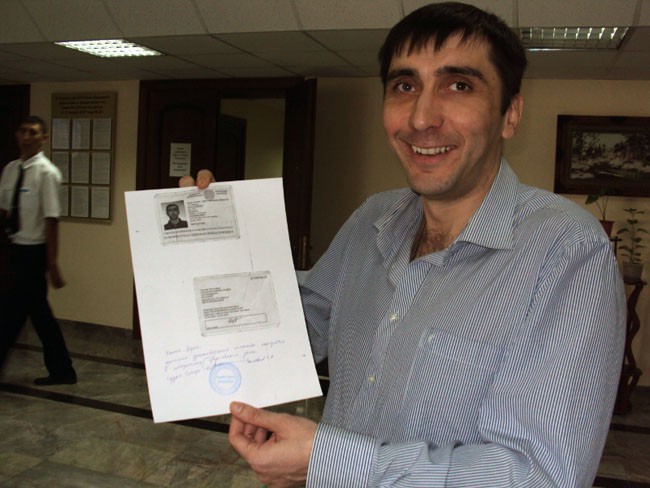 On the 28th of August, 2012, the Kazakh human rights defender Vadim Kuramshin was sentenced to a 1 year of restriction of liberty order and subsequently released from the courtroom in the city of Taraz. Kuramshin was charged with attempted extortion against a worker of the prosecutor’s office and he was facing 14 years of imprisonment with confiscation of property, if convicted of the charges. This radical mitigation of the court’s penalty was due to heavy criticism, expressed by civil society in Kazakhstan, the Bundestag, members of the European and international public organisations who protested against the fabrication of evidence in the case against Kuramshin. 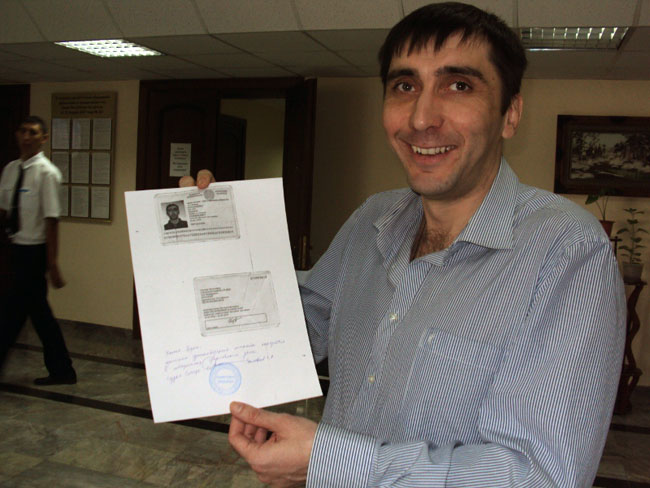 On the 28th of August, 2012, the Interdistrict Criminal Court of the Zhambyl Province in the city of Taraz  changed the criminal charges against V. Kuramshin from ‘extortion’ to ‘arbitrariness’. Surprisingly to many, the punishment handed down by the court  proved  to be relatively mild, taking into account that the public prosecutor had sought a14-year sentence  with confiscation of property. This case has become yet another closed political process:  the capturing of video and audio footage was prohibited, and access to the defendant was restricted to the greatest possible extent.

Proceedings against Kuramshin were protracted: the human rights activist was held in custody for more than six months (from the end of February); the sentencing was postponed four times; the judge has repeatedly removed jurors from the courtroom. Therefore, on the 23rd of July, 2012, Vadim Kuramshin went on hunger strike to protest against gross violations of his civil rights to a fair trial. In addition, the defendant demanded the immediate initiation of criminal prosecution against the investigator Aliyev for defrauding documents in order to fabricate the case.

Kuramshin was detained on the 23rd of January, 23.01.2012, 200 kilometres away from Almaty, alongside the human rights activist Karibay Kusainov and a journalist of the Socialismkz.info online portal, Arman Ozhaubayev. Civil society activists were going to hold a meeting with the prosecutor of the region in the Zhambyl Province to stand for the rights of the entrepreneur Anna Kuzmina whose goods were seized in the territory of the Korday. In exchange for the release of the goods, a representative of the prosecutor’s office allegedly demanded a bribe. Human rights defenders pointed out to the prosecutor that his deed amounted to extortion, and they themselves became accused of attempted extortion. In the morning, on the 24th of January, 2012, Karibay Kusainov and Arman Ozhaubaev were released, while Vadim Kuramshin was arrested on the basis of the court’s writ of temporary detention.

The detainee was accused of demanding 7 thousand dollars from the assistant prosecutor in exchange for a memory stick with discreditable video footage. Kuramshin’s supporters claim that it would have been impossible for him to extort money using the video, not least because of the media attention this matter was attracting at that time.

In February, 2012, some 20 civil society activists and human rights defenders addressed a letter to the General Prosecutor’s Office in support of Vadim Kuramshin, demanding that an official investigation be initiated against the assistant prosecutor of the district. In August 2012, members of the International Committee for the protection of rights of political prisoners, as well as MEP Paul Murphy and a German MP Andrej Hunko issued a statement, in which they claimed that the case was politically motivated and demanded the release of Kuramshin. Also, many letters in support of V. Kuramshin came from Great Britain, Germany, Australia, France, North Africa, USA, Sweden and the Republic of South Africa.

Earlier Vadim Kuramshin was also persecuted by Kazakh authorities for political reasons. After the publication of the article in the opposition newspaper in September 2006, he was sentenced to 3 years and 10 months in prison having been convicted of slander.
The human rights activist has repeatedly reported that he had been subjected to torture in prisons of Kazakhstan and he has fought against it with all his strength. According to Zhanna Baytelova, V. Kuramshin’s fiancée, security officials repeatedly offered him bribes and threatened him with physical violence in order to try and force him to stop encouraging people to fight jointly for the protection of prisoners’ rights in Kazakhstan.

Examples of the successful release of Vadim Kuramshin, Bolat Atabayev, Zhanbolat Mamay, Igor Vinyavskiy who were persecuted for political reasons, give grounds for the EU and U.S. governments and the international civil society to address even more persistent demands to the Kazakh authorities that they comply with international obligations, in particular in the spheres of justice, independence and objectivity of litigation. The verdict in the case of ‘inciting social discord’, in which the defendants are Vladimir Kozlov, Serik Sapargali and Akzhanat Aminov, will be a crucial test of judicial independence in Kazakhstan. Looking at past experience, it can be concluded that in case of the Republic of Kazakhstan it is vital that key economic partners pay close attention to its political process.