“A group of seven inspectors representing the Treasury and Customs Office in Łódź visited the Open Dialog Foundation’s domicile today. The tax ledgers and documents for 2014-2016 were retained for further investigation” – announced Onet on Monday, 7 August. The website also quoted an opinion of Bartosz Kramek, Head of the Foundation Board, to whom such inspection was just part of a bigger campaign targeted against those NGOs which were critical towards the government.

The Ministry of Foreign Affairs’ inspection was aimed at investigating the Foundation’s records such as e.g. statement on taxable income, documents and contracts related to economic events in 2014-2016, bank account statements and cash reports. Agnieszka Pawlak, a press spokesperson representing the Chamber of Tax Administration in Łódź, did not offer too much explanation: – This inspection had to be carried out by us, as a tax authority, upon request of the Ministry of Foreign Affairs. All details of such inspection, its scope, nature and duration are state treasury secrets.

Bartosz Kramek has commented the issue as follows: – We have nothing to hide. We have expected such actions to be taken against us, because several Ministers announced them. In our view, they are part of a campaign that has been launched not only against us, but also against all NGOs which are critical towards the government. This is not the first ever tax inspection to be carried out at the ODF. We hope that the inspectors will act professionally and ignore the pressures put on them by politicians who are willing to find irregularities by hook or crook.

The inspection was ordered by the Ministry of Foreign Affairs soon after the Foundation posted on its website and FB the statement on the political situation in Poland, and a note by Bartosz Kramek, Head of the Foundation Board, titled: “The state must be stopped! Let’s switch off the government”. 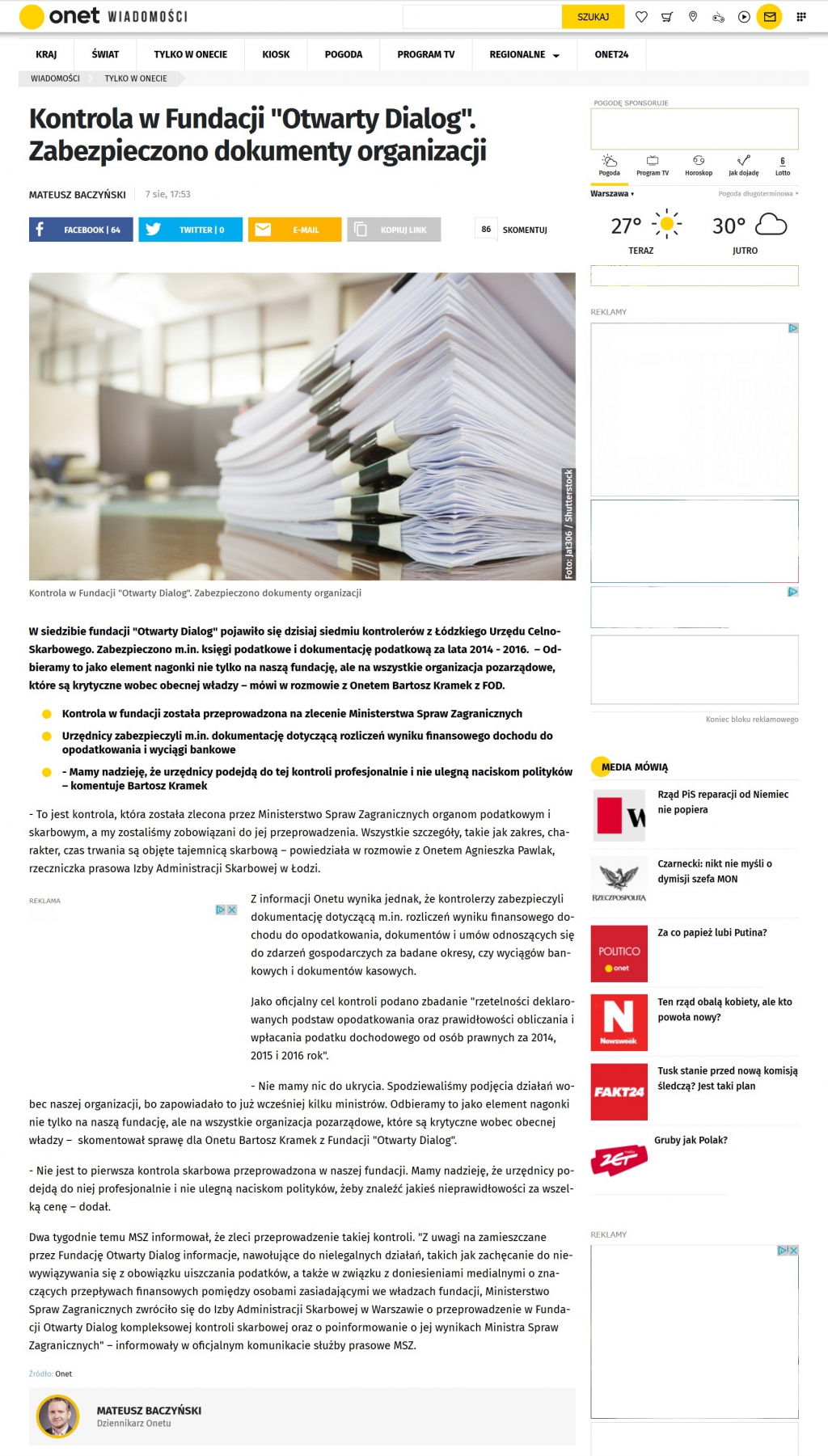