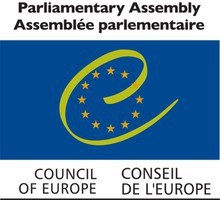 “Poland: unprecedented attacks on the rule of law and civil society organisations must be stopped”, MPs declare

On 12 October, 2017, 27 members of the Parliamentary Assembly of the Council of Europe (PACE) signed a written declaration calling for the re-establishment of constitutional order and the liberties of civil society in Poland.

The declaration focuses on the deteriorating state of the rule of law and the crackdown on civil society that the country has been experiencing recently, and which was initiated by the majority Law and Justice party as a reaction to criticisms of state institutions. As recalled by PACE: “Large social protests in July 2017 resulted in the vetoing of two unconstitutional laws on the judiciary by President Duda. Regretfully, the law on common courts was passed, subjecting the courts to the control of the Minister of Justice. New draft laws proposed recently appear to threaten the independence of the Supreme Court and the National Council of the Judiciary once again.”

MPs of the Parliamentary Assembly of the Council of Europe called on the Polish government to tackle this situation and urged it to “restore the constitutional order and stop harassment of civil society”. In the text of the declaration, MPs underlined how the independence of the judiciary is constantly being put at risk by a political situation that undermines the separation of powers through the use of controversial measures, such as depriving the Constitutional Court “of the actual power of judicial review”.

The written declaration also makes reference to recent attacks on civil society in Poland. As mentioned by the signatories of the declaration, “Civil society organisations critical of theState authorities (including ‘Obywatele RP‘, ‘Fundacja Otwarty Dialog‘, ‘Akcja Demokracja‘ and women’s rights NGOs) have been put under pressure in recent months”.

Defamation campaigns, and special fiscal and customs inspections have indeed been initiated by Polish government targeting those NGOs which expressed their concern over the judicial reform and which lawfully participated in anti-government protests. State authorities even use police, surveillance and legal actionsto limit the activity of the majority of NGOs in Poland.

The targets of such attacks have included this Foundation itself. On 3 October, 2017, Open Dialog was informed by the Regional Court of Warsaw that the Minister of Foreign Affairs had filed a motion demanding the appointment of a so-called forceful trustee replacing the current Management Board. At the same time, on 5 October, 2017, the day after the nationwide women’s rights protests, police officers entered the offices of several women’s organisations (local offices of the Center for Women’s Rights, and the Baba Association) and seized their documentation, computers and hard disks with regard to their past activities.

Members of PACE are showing their support for civil society in Poland and demanding that the government acts in respect of the constitution and freedom of speech.

More on this topic:
PACE , Poland , civil society , rule of law in Poland