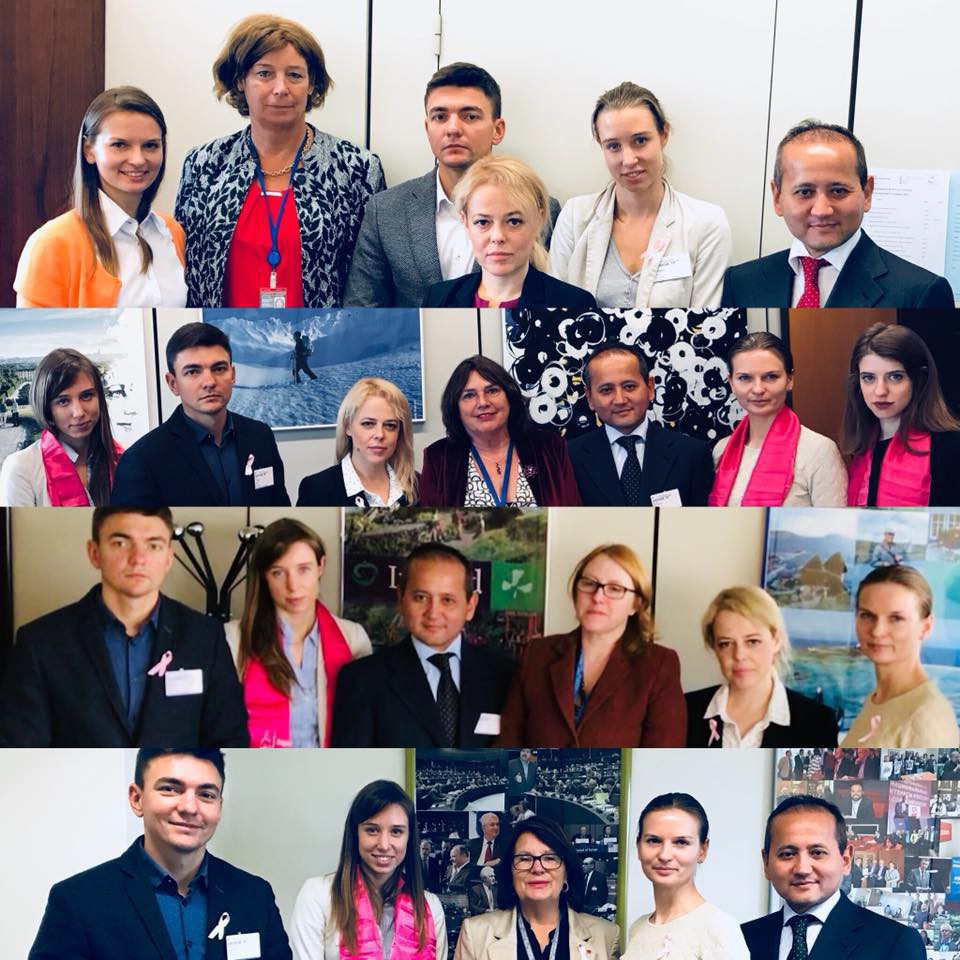 ODF addresses the EP and PACE on human and civil rights in Kazakhstan, Moldova and Poland

Between September and October, a delegation from the Open Dialog Foundation visited the European Parliament and the Parliamentary Assembly of the Council of Europe (PACE) to address the human rights situation and the issue of political prisoners in Moldova and Kazakhstan, as well as the recent violations of civil liberties in Poland.

On this occasion, the ODF organised face-to-face meetings with ambassadors of Permanent Representations to the European Union and Council of Europe, representatives of the EEAS, several advisory bodies, and deputies of PACE and the EP from across the political spectrum and different European countries.

In particular, a delegation composed of Lyudmyla Kozlovska, President of the Open Dialog Foundation; Alexei Tulbure, former Ambassador of Moldova to the United Nations and the Council of Europe, Ana Ursachi, Moldovan lawyer and human rights defender, and Dzhamilya Aimbetova-Tokmadi, wife of Kazakh political prisoner Muratkhan Tokmadi, met with deputies of the European Parliament between 25 and 27 September, 2017.

The delegation addressed the upcoming EU/Kazakhstan Enhanced Partnership and Cooperation Agreement and stressed its conditionality upon the immediate release of political prisoners and the cessation of political persecution in the country.

The situation concerning rampant corruption and human rights abuses in Moldova was also discussed. The ODF will cooperate with EU deputies to form a coalition of EU member states in support of personal sanctions against corrupt officials in the state.

Moreover, the audience was also informed of the progress of the international advocacy campaign – of which ODF is part – to reform Interpol’s statutes in order to prevent and stop abuses of the system. The Foundation presented a list of 16 recommendations to support the reform, and to prevent further abuses such as those exemplified by the cases of Mrs Ursachi and the Tokmadi family.

Also present at the Parliamentary Assembly of the Council of Europe were exiled opposition politician Mukhtar Ablyazov from Kazakhstan, and pro-bono lawyer Maciej Górski and member of the “Free Court Initiative” Maria Geremek from Poland.

The  guests debated the threats to rule of law in Poland, the unprecedented attacks on CSOs there, and concern over the international credibility of Moldova. The ODF also raised with the Assembly the issue of political prisoners within the framework of “the Relations of the Council of Europe with Kazakhstan”.

Several MPs committed to support the position of ODF by signing a written declaration calling on: Poland to cease the attacks on civil society organisations; the Republic of Kazakhstan to stop political oppression and persecution of citizens and dissidents; and Moldova to abide by its international obligations with regard to its lack of reforms and repression of activists.

Watch the appeals of Members of the European Parliament: