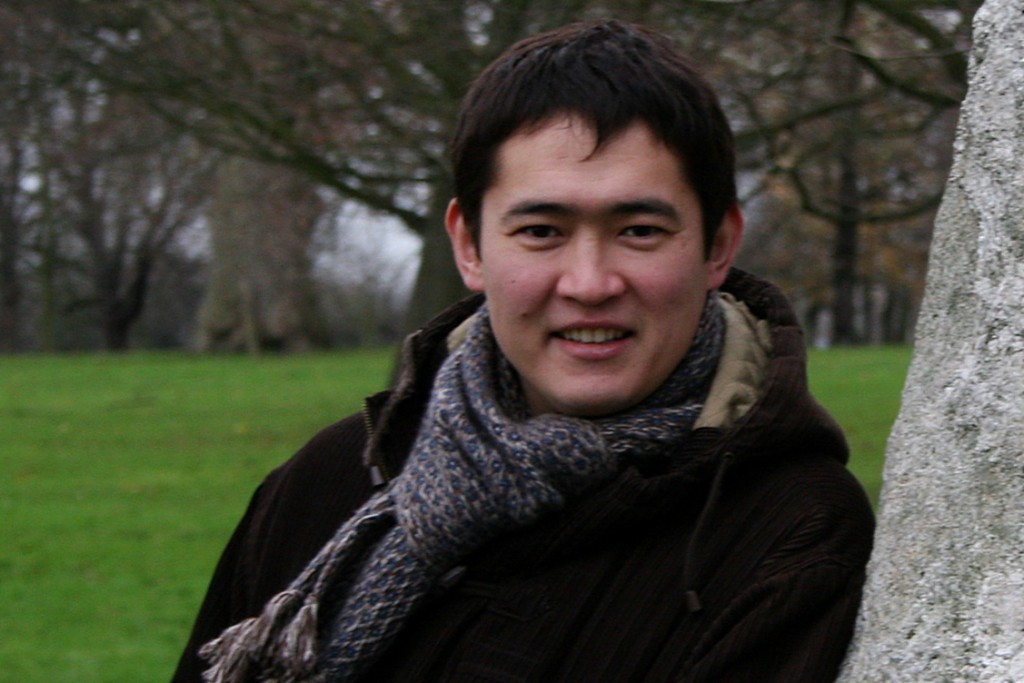 Iskander Yerimbetov, one of the defendants in the case of Ablyazov, is being subjected to torture in the detention centre

Businessman Iskander Yerimbetov has become another victim of the criminal case against the Kazakhstani opposition politician Mukhtar Ablyazov. Yerimbetov is the brother of Botagoz Jardemalie, Ablyazov’s lawyer who has been granted political asylum in Belgium. Apparently, the authorities of Kazakhstan are persecuting Yerimbetov with the aim of exerting pressure on Jardemalie in order to force her to return to Kazakhstan and testify against Ablyazov. Yerimbetov is being held in the detention centre of the National Security Committee. Dmitriy Pestov, Vasilina Sokolenko and Mikhail Zorov, the chief executives of the companies, established by Yerimbetov, were also detained. According to the available information, as a result of torture and constant pressure, Yerimbetov is in serious physical condition; during his last meeting with his counsel, he could not speak coherently and lost consciousness several times. 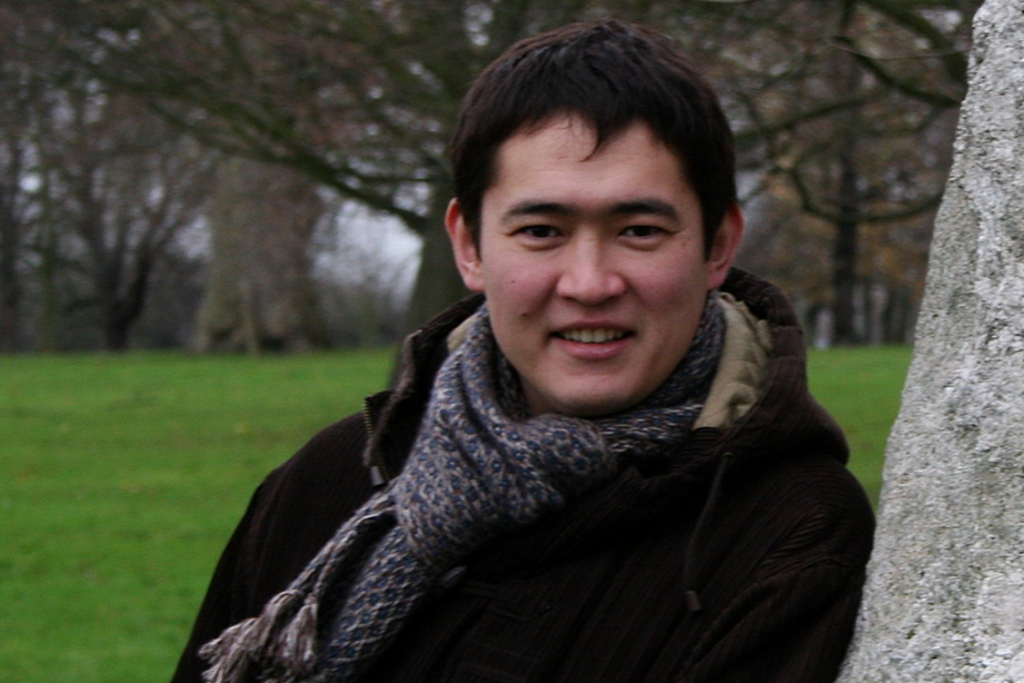 Iskander Yerimbetov is a large Kazakhstani businessman. He is the founder of the helicopter transport company, as well as one of the leaders of the Karaganda confectionery factory. Yerimbetov is the brother of Botagoz Jardemalie, former managing director of BTA Bank and Mukhtar Ablyazov’s lawyer, Kazakhstan’s opposition politician and former head of BTA Bank.

Botagoz Jardemalie coordinated the legal defence of Ablyazov, his relatives and colleagues who have been granted asylum in the EU. Also, Jardemalie provided advice to other activists and journalists, persecuted for political reasons in Kazakhstan. She did this non-publicly in order to protect her own family who reside in Kazakhstan.

In July 2013, Kazakhstan brought criminal charges against Jardemalie within the framework of the case against Ablyazov, and in August 2013, she was declared wanted by INTERPOL. In October 2013, Belgium granted Jardemalie political asylum. In 2016, INTERPOL removed her name from the wanted list. Jardemalie has been granted protection in the EU, and, apparently, the authorities of Kazakhstan decided to go after her brother, Iskander Yerimbetov.

Yerimbetov resided permanently in Kazakhstan. According to Jardemalie, Yerimbetov did not keep in touch with her, as ‘he did not want to have anything to do with politics’. On 13 November 2017, Yerimbetov was detained in Almaty. His wife reported that on that day, unidentified persons in civilian clothes searched their house and seized all the money and jewelry. They failed to present any documents showing their authority to do so. According to his wife, they also failed to produce an inventory of the seized property. On 15 November 2017, a Kazakhstani court arrested Yerimbetov for two months. On 22 November 2017, the prosecutor requested that the court seize the property of Yerimbetov and his family members.

On 13 November 2017, Dmitriy Pestov, Vasilina Sokolenko and Mikhail Zorov, three chief executives of the companies, established by Iskander Yerimbetov, were detained. According to the available information, they have been subjected to pressure with the aim of coercing them to give testimony against Iskander and his father, Mirzakhan Yerimbetov, who may also become involved in the criminal case.

Yerimbetov faced charges of ‘money laundering’ (Article 193, section 3 of the CC). The case is carried out by the National Bureau of Kazakhstan for Combating Corruption. The investigative bodies claim that, in 2005, Ablyazov and Jardemalie ‘engaged’ Yerimbetov in the activities of the ‘criminal group’. Yerimbetov is accused of allegedly being the head of Kazakhstani companies who received money from ‘offshore companies controlled by Ablyazov’. Yerimbetov was accused of ‘money laundering’ in the amount of $ 5.4 million. As indicated in the indictment, in 2013, he purchased the Karaganda confectionery factory for this amount of money. According to the indictment, Yerimbetov carried out business activities for ‘Ablyazov’s money’, ‘embezzled from BTA Bank’.

Yerimbetov is being held in the detention centre of the National Security Committee (NSC) in Almaty. According to Jardemalie, her brother refused to sign a statement of ‘confession’.

Yerimbetov’s counsel stated that she was not permitted to visit his client on 20 and 21 of November 2017. At the same time, the head of the detention facility (SI-1 DUIS [Detention Facility 1 – Department of the Penitentiary System] in Almaty) reported that on 21 November 2017, Yerimbetov was transferred from the detention facility (it is still unknown to which place he was transferred at that time).

On 22 November 2017, the counsel managed to visit Yerimbetov, and she described his condition as follows: “He was seriously ill, pale, terribly depressed, intimidated, he fainted repeatedly, his speech was incoherent, he could not talk at all, he cried. He also asked for water, it was clear that he was hungry”. The counsel reported that, in response to her questioning, Yerimbetov “initially stated that he had been transferred from the detention facility, but later, he recanted his statement”. He also said that he has been placed in a cell where convicts are held, and he has been sleeping on the floor.

Until 30 November 2017, the counsel didn’t tell any of her relatives about the situation with Yerimbetov, as she was afraid to lose her license to practice law due to the violation of the ‘secrecy of investigation’.

A similar situation, when the Kazakhstani special services used torture in order to obtain a testimony against Mukhtar Ablyazov, happened in the case of businessman Muratkhan Tokmadi. He was placed in the detention facility of the NSC, after which injuries were revealed on his body. The prosecutor’s office stated that he ‘fell off a pull-up bar’. According to the available information, employees of the security services tortured Tokmadi, demanding that he ‘confess’ that he had ‘committed a murder on the instruction’ of Ablyazov 13 years before. As a result, in October 2017, Tokmadi ‘confessed’ everything [1], [2].

Botagoz Jardemalie emphasised that her brother had never had anything in common with Ablyazov or BTA Bank. It is noteworthy that, according to investigators, Yerimbetov ‘received money from Ablyazov’, in particular, in 2005 and 2013. Still, the verdict of the Kazakhstani court against Ablyazov was only handed down in June 2017. And so, in fact, the retroactive effect of the law was applied in relation to Yerimbetov.

The same ‘manoeuvre’ was applied by Kazakhstani investigators in relation to journalist Zhanbolat Mamay. Similarly to Yerimbetov, he faced criminal charges under Art. 193 of the CC within the framework of the case of Ablyazov. Mamay faced charges due to the fact that, between 2011-2014, his newspaper ‘received sponsorship from Ablyazov’, and the authorities labeled it ‘money laundering’. Mamay refused to ‘confess to the crime’, after which he was beaten in the detention facility. On 7 September 2017, the court sentenced him to three years of restraint of liberty.

On 9 December 2016, France’s Council of State refused to extradite Ablyazov and recognised his case as politically motivated. INTERPOL removed from the wanted list, the name of Ablyazov and several other defendants in the case of BTA Bank in connection with the political overtones of the criminal charges.

Due to the fact that France and other EU states recognised the case of Ablyazov as political, Kazakhstan decided to increase the number of criminal charges against him and his former colleagues. To this end, Kazakhstani investigators have been using threats, torture, exerting pressure on their counsels, and harassing their relatives. According to Jardemalie, representatives of the Kazakhstani authorities repeatedly threatened her, demanding that she testify against Ablyazov. Apparently, Iskander Yerimbetov, Dmitriy Pestov, Vasilina Sokolenko and Mikhail Zorov became new hostages of the Kazakhstani regime in the fight against Ablyazov.

We hereby call on the international community to immediately react to the grave violations in the case of Iskander Yerimbetov and address the authorities of Kazakhstan with the following demands:

–   to give European doctors access to the detention centre of the NSC in ​​Almaty in order to provide qualified medical assistance to Yerimbetov;

–   to ensure an objective investigation of the information on the use of torture against Yerimbetov;

–   to allow representatives of the civil society and representatives of diplomatic missions to visit Iskander Yerimbetov, Dmitriy Pestov, Vasilina Sokolenko and Mikhail Zorov in the detention facility in order to monitor the conditions of their detention and their state of health;

–   to cease intimidation and exertion of pressure on Botagoz Jardemalie and other family members.

The Open Dialog Foundation hereby calls on Members of the European Parliament to take a principled position: the signing of a new Partnership Agreement between Kazakhstan and the EU should be conditional upon the release of political prisoners, as well as compliance by Kazakhstan with its obligations to protect freedom of speech, as well as freedom of assembly and association.