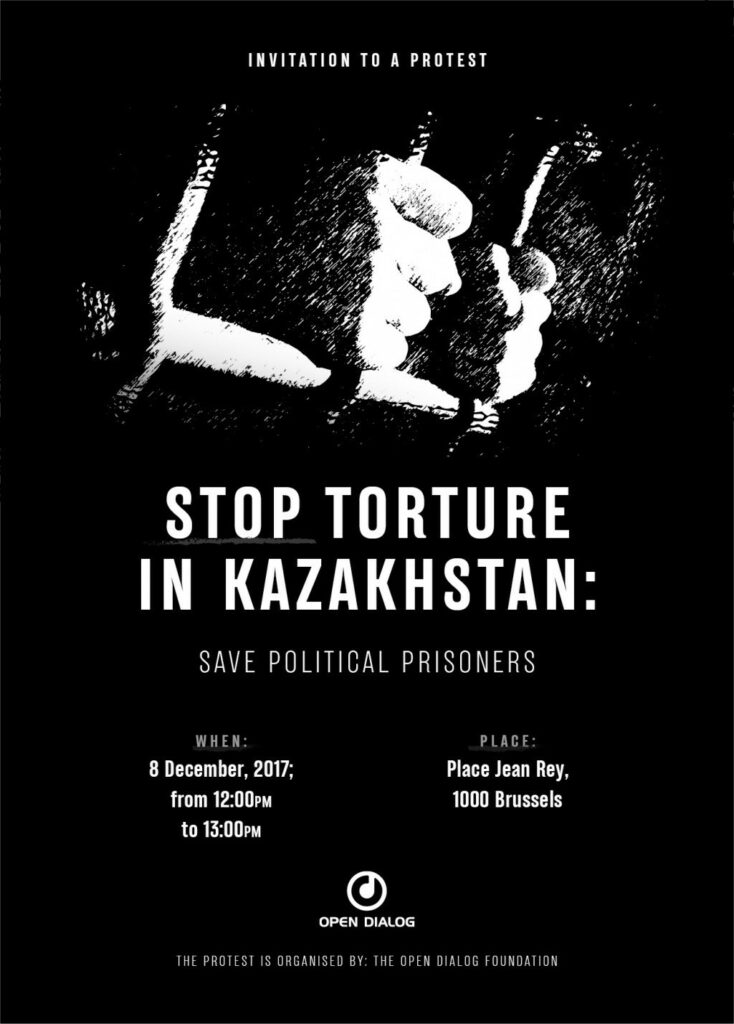 Stop torture in Kazakhstan: Save political prisoners. Invitation to a protest in Brussels 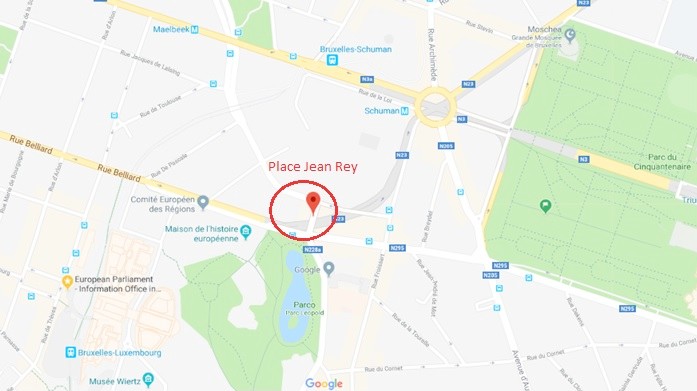 The human rights situation in Kazakhstan – the largest and most important state in Central Asia – remains a growing concern for the international community. One of the most drastic manifestations of the problem is fate of numerous political prisoners in the country. Persecution including fabricated criminal proceedings, long-term imprisonment and the use of torture applies not only to political opponents, independent journalists and critical activists but to those, even slightly, related to them, as well.

Thankfully, the pressure exerted by the EU has proven to be an effective tool encouraging the Kazakhstani authorities to release those in jail or at least – stop torture and improve their conditions in prison. This year, thanks to the involvement of several MEPs, two journalists – Zhanbolat Mamay and Seikazy Matayev were granted freedom.

Currently, there are at least 35 cases of politically motivated prosecution in Kazakhstan. Those people are imprisoned or prosecuted abroad with the misuse of INTERPOL’s Red Notice system and extradition requests for civil and trade union activities, public criticism of the authorities, participating in peaceful rallies, publishing and sharing posts on social networks, conducting journalistic investigations.

Kazakhstan is the country where activists such as Natalia Ulasik are being forcibly held in a mental hospital because of the political prosecution.

Max Bokayev, Mukhtar Dzhakishev and Iskander Yerimbetov are political prisoners who fell victims of lack of proper medical care. They need urgent hospitalisation but are subject to ill treatment and severe tortures instead. Dzhakishev was imprisoned for over 8 years due to his connections to Mukhtar Ablyazov, a leading political opponent of the regime, while Yerimbetov was detained a few weeks ago and has been tortured in order to give false testimonies against Ablyazov. The UN Human Rights Committee demanded the immediate release of Bokayev and Dzhakishev from prison (acknowledging facts of gross violations in their cases). Signs of torture have been also found on the body of Muratkhan Tokmadi, another Kazakh citizen unlawfully jailed on political grounds. 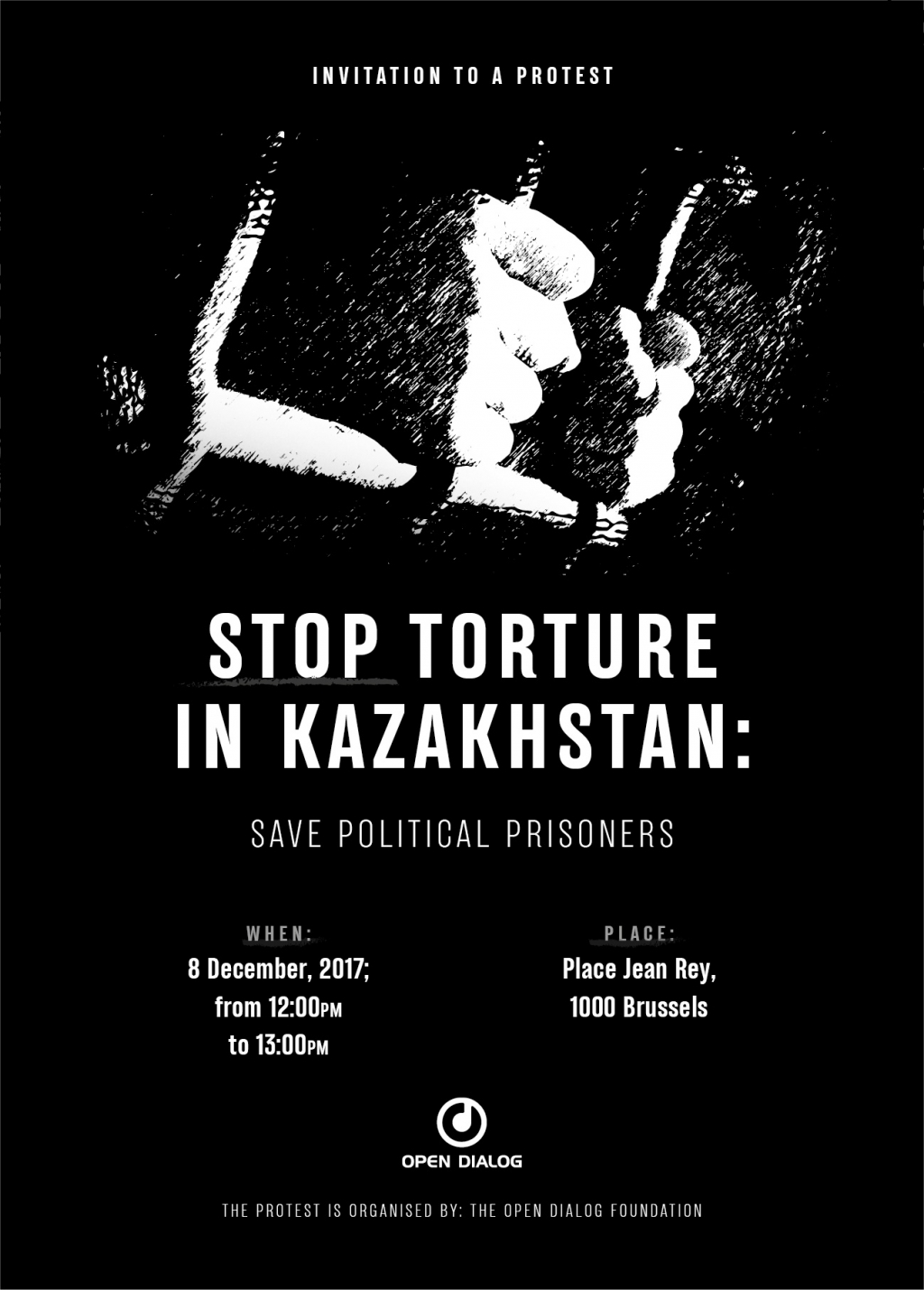 The time is special.

On 16 December 2017, we will witness the 6th anniversary of the Zhanaozen massacre. Six years ago, in this town in western Kazakhstan, the Kazakhstani killed at least 16 protesters on the country’s Independence Day ending a peaceful strike of the local oil workers demanding better working conditions and a right to carry out free and independent trade union activities. The massacre was a stark illustration of the country’s alarming human rights records under authoritarian President Nursultan Nazarbayev and became the strongest symbol of his policy of injustice andrepressions.

A few days before, over a plenary session of the European Parliament, the Enhanced Partnership and Cooperation Agreement between the EU and Kazakhstan is going to be debated (13 December) and voted (14 December).

It is an opportunity for us all to once again raise the issue of political prisoners in Kazakhstan. With the families of some of the victims, we are going to demand from the EU institutions to demand ceasing torture and release political hostages during the upcoming debate in the Parliament with the participation of the Kazakhstani high officials.

We believe the extent of the further cooperation with Kazakhstan should be dependent on the human rights situation in the country.

Support our action by signing the online petition “Appeal to stop torture in Kazakhstan and save political prisoners” on CHANGE.ORG.