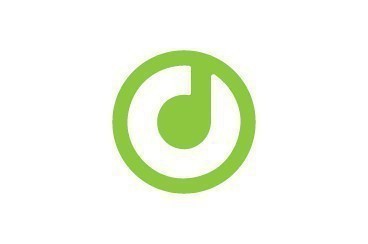 Unprecedented attacks on the Open Dialogue Foundation in Poland

19 January 2018 | Author: Author: Editorial office
Table of contents:
1. Civic protests in defence of the independence of the Constitution and their aftermath2. Defamation and slander media campaign against civil society, portrayed as hostile foreign agents3. Enhancement of xenophobia and anti-Ukrainian sentiment in society4. The Government’s aggressive voices5. The dispute with the Ministry of Foreign Affairs and the risk of suspension of the Foundation’s Management Board6. Fiscal and customs inspection7. Lyudmyla Kozlovska’s right to stay in Poland and the risk of deportation8. The demands of the radical right-wing MPs9. Statements of international NGOs and Members of PACE

1. Civic protests in defence of the independence of the Constitution and their aftermath

In the light of recent developments in Poland, one of the most urgent issues is the attack on civil society by governmental administration bodies. Non-governmental organisations, critical of state authorities (including Obywatele RP [Citizens of Poland], Fundacja Otwarty Dialog [Open Dialogue Foundation], Komitet Obrony Demokracji [Committee for the Defence of Democracy] and Akcja Demokracja [Action Democracy]) have been subjected to unprecedented pressure due to their objection to the government’s plan for judicial reform and involvement in peaceful civil society protests in the second half of July 2017.

As broadly covered by international media, anti-government protests were aimed at defending the rule of law and the Constitution. Demonstrators objected to the assault on the independence of the judiciary and the impartiality of judges, which were gravely endangered non-constitutional, draft laws. Such draft laws, presented by the current parliamentary majority (formed by the Law and Justice party) in cooperation with the government, essentially abolished the separation of powers. The representatives of the Open Dialogue Foundation were amongst the participants of the protests.

Significant mobilisation of society led to the vetoing of two out of the three laws by President Andrzej Duda, which has contributed to partially, yet significantly halting the process. The independence of the Supreme Court and the National Council of the Judiciary was maintained temporarily, but the law on the system of common courts was passed, subjecting the courts to the actual control of the Minister of Justice.

Controlled by the ruling party, Polish public television TVP has launched a massive defamation and slander campaign against the aforementioned organisations and, more broadly, all citizen-led, independent initiatives. The campaign is based on manipulations, half-truths and facts which do not correspond to reality. Organisations critical of the government are accused of artificially provoking protests in defence of courts and the Constitution and manipulating public opinion with money from abroad. The image of the external enemy is created and key activists are portrayed as foreign agents (incl. President of the Open Dialogue Foundation Lyudmyla Kozlovska, a citizen of Ukraine), traitors of the homeland (incl. ODF’s Head of the Foundation Board Bartosz Kramek), or puppets in the hands of foreign powers and governments (e.g. George Soros, Russia, even Germany and the Brussels elites). Actions aimed at subjecting NGOs to special supervision, including investigations into them by special services and limiting their access to foreign funding, are issued and discussed publicly, also by key ministers of the Polish government. The organisations are accused of having an intent of provoking a bloody revolution (so-called Maidan) and overthrowing the government in order to achieve the interests of foreign states and other foreign actors.

Previously, the Foundation had been sending non-lethal and protective equipment, such as bulletproof vests and helmets, to Ukraine, and, in order to do so, it obtained a legally required, special licence from state authorities. For this reason, the foundation was accused of arms trade, which was allegedly supposed to serve to provoke a Polish Maidan [1], [2].

More recently, the smear campaign also reached the European Parliament in Brussels, where an event aiming at delegitimizing the Foundation’s work and reputation was held on 9 November 2017.

The critical voices from the EU, including the European Commission are held in open contempt by the Polish authorities which not only dismiss them but also make attempts to turn the public opinion against them, thus enhancing radical anti-European and xenophobic sentiment.

3. Enhancement of xenophobia and anti-Ukrainian sentiment in society

This campaign is also carried out by extreme right-wing and nationalist organisations, and these attacks lead to a massive wave of hate speech and threats, punishable by law, on the Internet; there are also incidents in public spaces, which are often carried out with the tacit consent of and reluctant response from law enforcement agencies. An important aspect of hateful or spiteful comments is its frequent xenophobic dimension: victims of the attacks are denied the right to Polish nationality and aggression is also directed against a large population of Ukrainians in Poland. It is connected, among others, with participation of Ukrainian citizens living in Poland in the protests and previous high-profile humanitarian aid actions, organised for Ukraine by the Open Dialogue Foundation. The result of these activities is strong polarisation in the society and development of a climate in which the aversion to citizens’ initiatives, refugees and immigrants is growing.

One of the current effects of the aggressive media campaign is attacks on Open Dialogue Foundation team members (including former collaborators), their family members as well as the Foundation’s official supporters and donors (due to these circumstances, the NGO has temporarily removed its financial statements which were openly available on its website earlier).

An online petition which calls for the initiation of criminal proceedings against the Open Dialogue Foundation has been published as well.

Media attacks are a prelude to harassment by governmental administration, which brings to mind the methods used in Poland in the communist era and nowadays in numerous non-democratic, post-Soviet states. Members of the Polish government, such as Minister of Interior Mariusz Błaszczak and his deputy Jarosław Zieliński, Minister Coordinator of Poland’s Special Services, Mariusz Kamiński, Minister of Foreign Affairs Witold Waszczykowski and Minister of National Defence Antoni Macierewicz publicly discuss actions which should be taken against particular NGOs. In the case of the Open Dialogue Foundation, Jarosław Zieliński and Antoni Macierewicz expressed their opinion that the organisation is a job for the Internal Security Agency or, simply, the special services. The Open Dialogue Foundation appears to be the most publicly attacked NGO amongst all of the targeted organisations.

On 30 August, 2017, Prime Minister Beata Szydło (Law and Justice) in a press interview for Gazeta Polska claimed that the latest social protests were not spontaneous but well directed and paid. She stressed that particular foundations work for influential foreign interests groups and  that they would not give up easily. Responding to a journalist’s question, implying the need for reaction in the cases of the Free Citizens of Poland and the Open Dialogue Foundation, Prime Minister Szydło added that the Minister of Foreign Affairs had informed the prosecutor’s office about the matter of the unlawful actions of the Open Dialogue Foundation.

5. The dispute with the Ministry of Foreign Affairs and the risk of suspension of the Foundation’s Management Board

On 27 July, 2017, the Ministry of Foreign Affairs demanded an explanation from the Open Dialogue Foundation, alleging that it was calling for illegal activities and unspecified personal attacks. In spite of an extensive explanation provided by the Foundation, on 7 August, 2017, MFA, citing its supervisory powers, demanded that the Foundation removes the illegal content from its website and social media accounts within three days. The Foundation clearly identifies it as an attack on the freedom of speech and independence of NGOs. It also assumes that the Ministry of Foreign Affairs may take steps leading to the suspension of the Foundation’s Management Board. According to the law on foundations, should the Foundation fail to fulfil the demands, the Ministry of Interior can file a motion with the court, demanding the suspension of the Foundation’s Management Board and appointment of a board of trustees.

On 3 October, 2017, the Open Dialogue Foundation was informed by the Regional Court of Warsaw that the Minister of Foreign Affairs had filed a motion demanding the appointment of a so-called forceful trustee replacing the current Management Board. The court set a 7-day deadline for the delivery of the Foundation’s official statement on the matter. At the request of the court, the Foundation has already submitted its official position on the matter, indicating numerous faults of the Minister’s motion. On December 7 2017, the court rejected the Minister’s motion due to its formal faults. The Minister appealed the decision.

At the request of the Minister Coordinator of the Special Services to the Minister of Foreign Affairs, on 7 August, 2017, the fiscal authorities have launched a special fiscal and customs inspection of the Open Dialogue Foundation on the basis of a direct request of the MFA (despite the fact that different inspections have already been carried out in previous years). According to the Foundation’s accountants, the inspection is being carried out in an unprecedented manner, given the number of the fiscal officers involved, its intensity and the depth of the information requested. Almost every week, different associates of the Foundation are being interrogated in the office of the Fiscal Administration in Warsaw. It creates substantial difficulties for the daily work of the organisation.

7. Lyudmyla Kozlovska’s right to stay in Poland and the risk of deportation

Foreigners associated with the organisation are concerned about their residence documents and their right to stay and work in Poland. A particular concern relates to Lyudmyla Kozlovska, President of the Open Dialogue Foundation who, as a Ukrainian citizen, could be quite easily expelled from the country as an alleged threat to national security and public order according to the law on foreigners. Such a decision could be made by the relevant voivode (regional government’s administration head). It could be justified by a confidential report of the Internal Security Agency, making the decision immediately enforceable (which practically means the order to leave the country).

In such a scenario, a foreigner could appeal the decision before the Head of the Office for Foreigners, but, given the current political circumstances and the fact that the Head of the Office is a subordinate of the Prime Minister, it is rather unlikely that the decision would be reversed. Only then would the said foreigner be entitled to appeal the earlier decisions in front of the administrative court, but it is hard to imagine how such a right could be practically executed when the foreigner is already abroad.

An important factor pertaining to the matter is the fact that the aforementioned report on a foreign citizen in Poland could result in reporting them to the Schengen Information System by the Polish authorities and, thus, prevent them from entering and staying on the territory of all Schengen Member States.

Currently, these mechanisms and their use against Lyudmyla Kozlovska are widely discussed online by right-wing journalists, bloggers, politicians and their supporters.

8. The demands of the radical right-wing MPs

Hostile actions against the NGO and critical civil society as a whole are being carried out by right-wing MPs and government officials in Poland:

9. Statements of international NGOs and Members of PACE

International NGOs, such as Global Ukraine and Centre for Civil Liberties, as well as Members of the Parliamentary Assembly of the Council of Europe, issued several statements in which they called on the Polish government to tackle this situation and urged it to ‘restore the constitutional order and cease the harassment of the civil society‘.

For updates on the campaign against the Open Dialogue Foundation see our report from February 2019.