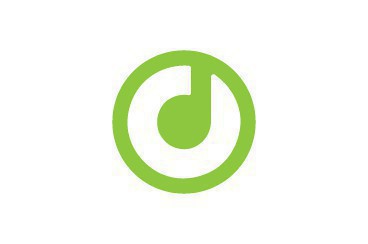 The work of a lawyer in the Eastern European member countries of the Council of Europe is fraught with many risks: murders and attempted assassinations, criminal prosecution, beatings, threats, pressure on relatives, illegal searches, surveillance, attempts to withhold an attorney’s license, and slanderous media campaigns. Legislation deficiencies in professional activities of counsels, ineffective law enforcement agencies, and the difficult general situation with respect for human rights all subject lawyers to danger.

Tightening of authoritarian regimes in some of the Council of Europe countries is accompanied by an increase in the number of cases of political repression. Lawyers involved in politically motivated cases are also victims of persecution and pressure.

Due to the military conflict between Russia and Ukraine, cases of politically-motivated criminal persecution of Ukrainian citizens in Russia and the occupied Crimea have become more frequent, and only few lawyers have dared to defend them (including, among others, Emil Kurbedinov, Edem Semedlyaev, Nikolay Polozov, Mark Feigin, and Dmitriy Sotnikov). They work under the pressure of public opinion, as well as the risk of themselves becoming victims of persecution.

In Moldova, several dubious criminal cases were opened against lawyers Ana Ursachi and Eduard Rudenco on charges of “illegal actions” during the provision of legal advice. A media smear campaign controlled by representatives of authorities was also launched against them.

In December 2017, lawyer Iryna Nozdrovska was murdered in Ukraine. Police consider her professional activities a possible motive for the murder. Since 2015, this is the fifth murder of a lawyer in Ukraine (earlier, lawyers Aleksandr Gruzkov, Yuriy Ignatenko, Yuriy Grabovsky and Viktor Loiko were killed in Ukraine).

Lawyer Botagoz Jardemalie, who lives and works in Belgium, is being persecuted by the Kazakhstani authorities. Kazakhstan is not a member of the Council of Europe, but it has signed several Conventions within the framework of this organisation, as well as the declaration on enhancement of cooperation with the Council of Europe (including in the field of the rule of law). Belgium granted Jardemalie political asylum, and, in order to force her to return to Kazakhstan, the Kazakhstani authorities are holding her brother in custody and torturing him.

The Open Dialog Foundation cites several cases of lawyers being prosecuted in Russia, Moldova, and Ukraine, as well as cases of prosecution in the territory of other the Council of Europe countries (Belgium, Czech Republic) by authoritarian regimes.

Iryna Nozdrovska is a lawyer from Ukraine. For several years, she was engaged in the case of her sister, who was killed in an accident in September 2015. As it turned out, the person responsible for the accident was Dmitry Rossoshansky – a relative of the head of the court in the Vyshgorodsky district of the Kyiv region. At the time of the incident, Rossoshansky was in a state of drug intoxication. Iryna Nozdrovska and her relatives were threatened by Rossoshansky, who tried to force them to write a statement that she had no claims against the person responsible for the accident.

In May 2017, Rossoshansky was sentenced to seven years in prison. On 27 December, 2017, the Court of Appeal remitted the case for reconsideration. After two days, Iryna Nozdrovska went missing. On 1 January, 2018, her body was found with traces of a violent death. Police detained Yuriy Rossoshansky, Dmitry’s father, on suspicion of Nozdrovska’s murder. The National Police of Ukraine reported that Yuriy Rossoshansky’s DNA was found on her body. Relatives of Iryna Nozdrovska complain that law enforcement agencies do not allow them to familiarise themselves with the case materials. In their opinion, this may indicate attempts to hide some of the circumstances of the crime.

Botagoz Jardemalie is the lawyer of Kazakhstan’s opposition politician Mukhtar Ablyazov. She now lives in Belgium. Jardemalie provided legal advice to Ablyazov and other persons persecuted in Kazakhstan for political reasons. In 2013, Kazakhstan brought charges against her within the framework of Ablyazov’s case. In October 2013, the Belgian authorities granted Jardemalie political asylum. Interpol removed Jardemalie (in 2016) and Ablyazov (in 2017) from the wanted list due to the political nature of the charges. Kazakhstan is also responsible for stalking Jardemalie. The Belgian authorities are investigating her attempted kidnapping.

In order to put pressure on Jardemalie, the authorities of Kazakhstan subjected her brother to severe torture. From 13 November 2017, businessman Iskander Yerimbetov, Jardemalie’s brother, has been kept in detention centre in Almaty. He was also charged in within the framework of Ablyazov’s case. Gayni Yerimbetova, Iskander’s mother, reported that representatives of the National Security Committee (NSC) demanded Yerimbetov “persuade” his sister to return to Kazakhstan and give false testimony against Ablyazov.

Gayni Yerimbetova reported that in December 2017, Iskander was beaten several times in detention centre. On 11 January, 2018, after meeting with her son, Yerimbetov’s mother said that new traces of torture had appeared on his body: hematomas, swelling, and wounds. He was suffering severe pain and it was difficult for him to talk. He said that he “fell off the bed.” Law enforcement agencies and the ombudsman’s office deny torture and note that “there are no complaints from Yerimbetov”. He was also refused hospitalisation.

Kazakhstan’s pro-government media distribute propaganda materials, in which Jardemalie is called a “fugitive criminal”. Employees of the National Security Committee also threaten to arrest her father and nephew. In Kazakhstan, the relatives of Jardemalie are under surveillance.

Ana Ursachi is a Moldovan lawyer and civil society activist. She participates in high-profile cases, in particular, defending the opponents of Vladimir Plahotniuc – the most powerful oligarch in Moldova. In September-October 2016, media owned by Plahotniuc launched a campaign to discredit Ursachi. They called her a “devil’s advocate” and stated that she has been involved in a murder 20 years ago. After that, the Prosecutor General resumed the criminal investigation into the murder, and the prosecutor’s office requested Ursachi’s arrest.

In Ursachi’s case, the 15-year statute of limitations expired in 2012. Lawyers also point to violations of the non bis in idem principle, because 20 years ago, law enforcement agencies had already checked Ursachi’s involvement and the case was closed. In addition, on 20 March 2017, the authorities of Moldova filed another criminal case against Ursachi on charges of “abuse of power” (Article 327 of the Criminal Code) when providing legal advice in 2012. Ursachi emphasises that she carried out legitimate professional activities, and Article 327 of the Criminal Code cannot be imputed to a lawyer.

Eduard Rudenco is a Moldovan lawyer who defends Ana Ursachi and other opponents of the oligarch Vladimir Plahotniuc. Rudenco claimed that he and his family were being shadowed. According to him, since 2015, law enforcement officials have been demanding that he stop defending certain individuals, threatening him with criminal prosecution.

In 2016, the Moldovan authorities brought three criminal cases against Rudenco on charges of “deriving benefits from influence” (Article 326 of the Criminal Code) during his legal practice in 2009, 2011, and 2014. Rudenco received the notice of the charges when he already had the status of “suspect.” In 2017, a fourth criminal case was opened against Rudenco on charges of “violating traffic safety rules” (Article 264 of the Criminal Code). He was charged with driving in a state of intoxication. Rudenco protested the results of the examination, saying that the amount of alcohol in the blood did not exceed the norm and was not sufficient to initiate a criminal case.

In addition, Rudenco emphasises that pro-government media are trying to discredit him, systematically spreading false information about his personal life.

Emil Kurbedinov and Edem Semedlyaev are lawyers from Crimea. They provide legal services to residents of the Crimean peninsula faced with politically-motivated criminal prosecution by Russia. On 4 August, 2016, more than ten unknown persons (presumably Russian law enforcement officers) tried to break into Emil Kurbedinov and Edem Semedlyaev’s office, while the lawyers were participating in a trial. The office was used for storing confidential client information. Employees who were in the office did not let the unknown persons in.

In January 2017, Emil Kurbedinov was sentenced to ten days’ administrative detention for an “extremist” post in social networks made in 2013. Searches were conducted at Kurbedinov’s home and office. During the arrest, Kurbedinov could not perform his legal functions, which caused harm to his clients.

Due to his legal activities, Polozov was repeatedly subjected to pressure from Russian law enforcement agencies. During the trial of Akhtem Chiygoz, the Russian prosecutor’s office filed a statement about the alleged insulting of a public prosecutor by the lawyer. A pre-investigation check was initiated against Polozov for violation of three articles of the Criminal Code. The examination lasted for several months and was terminated due to the lack of evidence. During the trial in Ilmi Umerov’s case, the court granted the investigators’ request for interrogation of Polozov as a witness. Presumably, the aim of this action was to withdraw Polozov from the case because, according to Russian legislation, a lawyer cannot defend the client’s interests in court if they are questioned as a witness in the same case. Polozov was forcibly brought for interrogation, but he refused to give evidence.

Mark Feigin, who often has to make visits outside Russia to carry out his legal practice, was forbidden to leave the country under various pretexts. For example, in August 2016, Russian bailiffs restricted him from travelling abroad in connection with the alleged failure to pay fines in the total amount of 5.5 thousand rubles (about 85 dollars). In response, Feigin presented a document evidencing the payment of all fines. Feigin also claims that the authorities are trying to deprive him of his license as a result of defence provided to Ukrainian citizens.

Dmitriy Sotnikov is an attorney known for his defence of Ukrainian Aleksandr Kostenko,who has been persecuted in Russia for political reasons. Sotnikov is also a lawyer for Vitaliy Buntov, who won the case against Russia in the ECHR. In his lawyer practice, Dmitriy Sotnikov widely uses the approach of publicising trials. Because of this, he regularly faces cases of disciplinary action. In 2017, judges issued at least six private resolutions against Sotnikov, accusing him of “neglecting and disrespecting the work of the court” and “violating the rights of participants in the trial”. In February 2017, the Moscow Region Chamber of Advocates initiated disciplinary proceedings against Sotnikov for taking a video with a mobile phone during the trial in Buntov’s case.

Marina Makhitkova is the lawyer of Tatiana Paraskevich, accused in the case of Kazakhstani opposition politician Mukhtar Ablyazov. Makhitkova works in the Czech Republic. In September 2012, she received a letter from representatives of the Kazakhstani authorities which directly communicated that in exchange for testimony against Ablyazov, Kazakhstan may at once close the criminal cases against Paraskevich in Ukraine and Russia.

In November 2012, in the Czech Republic, investigator Nikolai Budilo interrogated Paraskevich and openly threatened her lawyer Marina Makhitkova, stating that “if she was in Russia, he would have tried to get her put in prison”. Russian investigators who are on the Magnitsky List, including Nikolai Budilo, threatened Paraskevich’s children with beating and abduction if their mother refused to sign an accusatory testimony.

The Open Dialog Foundation expresses its gratitude to the rapporteur Ms Sabien Lahaye-Battheu in connection with the initiative to prepare the European Convention on the Profession of Lawyer. Undoubtedly, the safety of this profession is an important prerequisite for strengthening the rule of law and legality in the territory of all member countries of the Council of Europe. We hereby call to draw attention to the cases of the prosecutions of the lawyers presented above, and to include them in the PACE report and defend them.