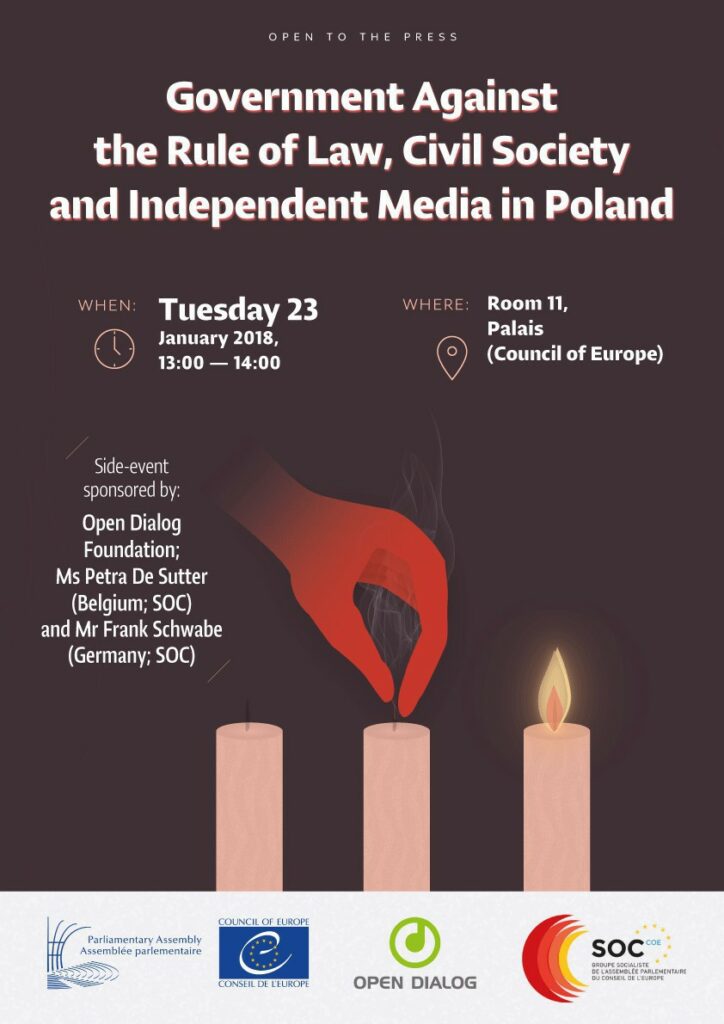 “Government against the rule of law, civil society and independent media in Poland” – Invitation to an event at PACE

The Open Dialog Foundation, in partnership with PACE Members Ms Petra De Sutter (Belgium; SOC) and Mr Frank Schwabe (Germany; SOC) is pleased to invite you to attend the event “Government against the rule of law, civil society and independent media in Poland” on Tuesday, January 23, from 13.00 to 14.00, at the premises of the Council of Europe, Room 11 – Palais. 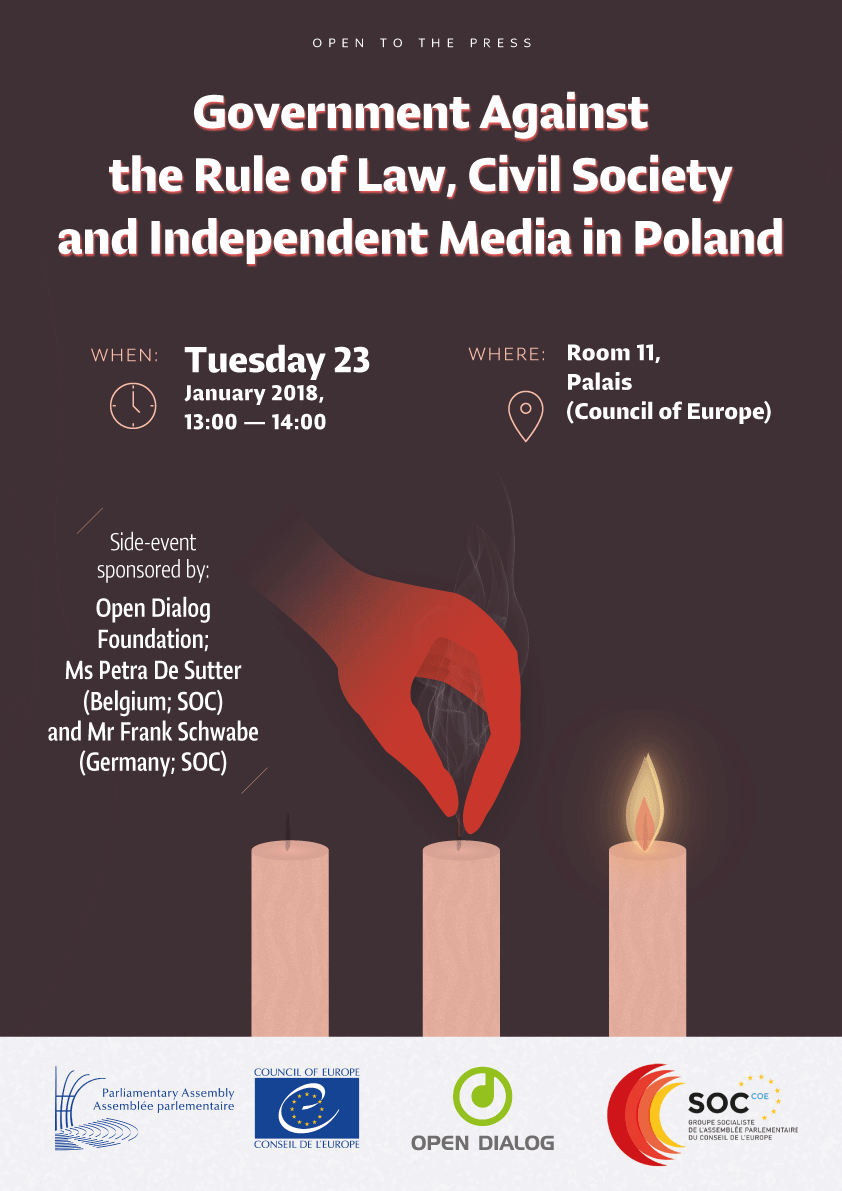 The situation of the rule of law in Poland remains a growing concern, due to the recent events that seriously undermined it. As recalled in the written declaration signed by 27 Members of the PACE on October 12, 2017, in Poland, since July 2017 civil society organisations critical of the state authorities (e.g. Obywatele RP, Komitet Obrony Demokracji, Open Dialog Foundation, Akcja Demokracja, Obywatele Solidarni w Akcji, women’s rights NGOs and many others) have been subjected to an unprecedented pressure by the government, due to their involvement in the protests aimed at defending the rule of law and the Constitution in 2017.

Such protests represented a reaction to the attacks on the independence of the judiciary and the impartiality of judges, impaired by the draft laws presented by the Law and Justice Party-led parliamentary majority, as underlined also by Rapporteur Mr Bernd Fabritius in the report voted by the PACE on October 11, 2017. Most importantly, the recent judicial changes are likely to deeply politicise judicial bodies and suspend Poland’s EU Council voting rights.

The use of police, surveillance, special fiscal and customs inspections, unlawful detentions of activists, state media defamatory campaigns and a new law on public gatherings as well as new mechanisms, which centralise and impose ideological criteria for a part of the sector funding, seriously affect the activity of civil society in Poland. In the worst cases, there are risks of suspension of NGOs’ statutory bodies and appointment of external boards of trustees.

Similar attacks are directed against critical media outlets carrying out investigations with regard to different state institutions irregularities and scandals. Pressure on publishers and journalists is exerted by the Ministry of Internal Affairs, the Ministry of Defence and the Military Police, the National Broadcasting Council and other government agencies.

As shown by the recent disciplinary measures imposed on Poland by the EU, the current situation and the proposed reform represent a serious threat to the rule of law and independence of the judicial bodies in Poland. It is a duty for organisation representing civil society to make their voice heard in similar situations.

The event will be attended by:

More on this topic:
rule of law in Poland , PACE , Council of Europe , Poland , civil society