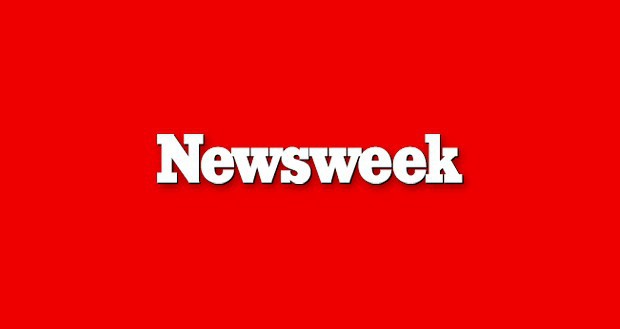 When they dared to criticise the PiS government, they were accused of arms trafficking, taking money from the Kremlin and being an “agent of influence.” – As a foundation, we support the rule of law and human rights. And we name those who violate them – said Lyudmyla Kozlovska, president of the Open Dialogue Foundation, in an interview with Newsweek.

Newsweek: I read that the Open Dialogue Foundation is apolitical.

Lyudmyla Kozlovska: Because it is.

I think it “used to be apolitical.” Since the publication of Bartosz Kramek, the head of the Foundation Council, on how to “stop the PiS attack on the rule of law,” you are in the middle of a political storm. Don’t you regret it?

– As a foundation, we support the rule of law and human rights. And we name those who violate them. The list includes Nursultan Nazarbayev and Vladimir Putin and it used to include Viktor Yanukovych. In Poland, the constitution has been broken as well, so we protested in a natural way. And we named the persons responsible for this, that is PiS.

“The never-ending trauma of Smolensk has turned us into hostages of the Ill psyche and imaginary harm of the tragicomic chairman of Poland” – these are the words used by Kramek. Was he right?

– Bartosz had the right to such an opinion as a Polish citizen. We have issued an official position of support for the protests and shared his post. It is worth remembering what was crucial in this entry – methods of peaceful resistance and instruments of civil disobedience.

I think it was a right choice to share Bartosz’s opinion. Because how can we tell Ukrainians, Belarusians or Moldovans about democracy and at the same time turn a blind eye to the threat to democracy in Poland? Silence would be hypocrisy.

So you don’t regret it?

– I regret that we have to watch what is happening in Poland. Poland has always been an example to follow, and now this democratic model is crumbling before our eyes.

The foundation believes that the situation is “extraordinary.” PiS is in power, the opposition is protesting, and in two years, there will be an election and maybe someone else will win. Is this really extraordinary? Or extraordinary is what Bartosz Kramek proposed: non-payment of taxes, teacher strike and pickets in front of the homes of PiS politicians?

– But this was not an instruction to follow. These were just some ideas. We spoke in a discussion. The head of the council of a rather small and unknown foundation posted an entry on Facebook. An opinion on how we can peacefully persuade the authorities to stop violating the constitution. Was it so bad?

An unknown foundation? Now you are probably a well-known one.

– Fiscal control. Seven controllers came to us. A call from the Ministry of Foreign Affairs to remove the husband’s entry…

Are you going to do it?

– Of course not! We are opponents of censorship.

What other consequences are you facing?

– The Foundation’s activity stopped, the documents are with the controllers, and our donors are overwhelmed by the media noise, so we can loose some of them. Politicians of the ruling party speak out in a hostile manner.

– PiS deputy Stanisław Pięta wrote to me on Twitter to “get out of Poland.” In this way, he wanted to remind me that I am Ukrainian and I am not at home. Perhaps they will take away my residence card and deport me. And maybe the same fate awaits our co-workers who are not Poles. The atmosphere of hatred is spreading, including threats on the Internet and threatening phone calls. But this is not the worst.

– If I wanted to invite people from Moldova or Belarus to a training, they would not be able to come. Polish embassies will not give them visas. We are blacklisted.

You are being attacked for allegedly creating the foundation for money of strange origin – Russian, maybe Kremlin. I am going to ask you: is there any donor that you are ashamed of or which you are not sure of?

Are you from Crimea?

– Yes, from Sevastopol. My brother Petro had extensive business in the Crimea – including Internet telephony, real estate. And, since he always supported pro-European direction of Ukraine, he had to leave the peninsula after the Russian occupation began. He lost everything he left in Crimea, and he now lives in the United States.

Is your brother the main sponsor of the foundation?

– He was at the beginning, in the years 2013–2014. But then we grew strong and found many other donors. We announced public collections. After all, my brother does not have unlimited resources. He also lost a lot in Crimea, so his support was getting smaller.

You and your husband support the foundation materially.

Sometimes with about 20 thousand per month. Where do you get the money from?

– From business activity and my family’s resources.

What does that mean?

– We’re doing projects with my brother. In addition, we advise those who do business in the east. We operate in the IT sector and recruit employees from Ukraine. I do not want to go into detail – I’m afraid this could harm our interests, since we are under constant control.

The Open Dialogue Foundation sent volunteers to Maidan and provided prostheses for disabled soldiers, medicines for the wounded, and lawyer assistance for Nadia Savchenko. You also have offices in Kyiv and Brussels. And now you suddenly became…

Did you expect that everything would happen so fast?

– Our foundation brought mixed feelings even before. The supporters of Putin’s Russia did not like us. We also experienced envy of the environment: “So young, so expansive – look how quickly they succeeded.” Someone wrote that “we demonstrate professional coldness and we lack passion.”

But this happened before. Now the scale is larger.

Was there something that touched you in a particular way? For example, information about your father doing business in Russian Crimea?

– Yes, it was very painful. According to one journalist, my father conducts some kind of a visa-related business. The problem is that my father passed away in 2004.

When I travelled around Ukraine: to Maidan, Crimea, and during the war in Donbas, I often heard about the Open Dialogue. You financed tickets for journalists and lent bulletproof vests.

– That’s true. At Maidan, a group of journalists slept in our office. We also lent them bullet-proof vests. Still, generally, the vests and helmets were provided to help the Ukrainian army during the war. In order to legally transport them from Poland, we had to obtain a licence for arms trade. And now pro-government media “pointed out” this fact. We had an arms trade licence – so we must have been thinking about a coup for a long time.

I have never cooperated with you. Many PiS politicians cannot say that about themselves…

– Yes. Even Andrzej Duda, as an MEP, signed our appeals for the release of Kazakhstani oppositionists.

What about Adam Lipiński, Małgorzata Gosiewska, Michał Dworczyk – did any of them try to defend you? Did anyone call to encourage you?

– No, they are rather moving away from us. Some kind of a vacuum has been created. I already experienced something like this before. I come from a family that speaks Russian at home and I went to a Russian school. Once, my grandmother taught me my first Ukrainian words: “please” and “thank you.” I wanted to show off at school in Sevastopol and suddenly it turned out that I was a “Banderite” and nobody wanted to know me. Now I have similar feelings.

You once said that your dream was to have a foundation in Poland that fights for human rights in the East. What are you dreaming about today? Do you want to flee to Florida?

– Of course not. I don’t give up so easily. And what do I dream about? Most of all, to go back to Crimea. Today this seems completely unreal, but I assure you that I will go back to Ukrainian Crimea one day.