Search
The Open Dialogue FoundationPublications”I want to go to the prosecutor, like Kramek” – an open letter from Wojciech Maziarski to the authorities of the Republic of Poland

On the 21st August, a Polish journalist and opposition activist during the time of the People’s Republic of Poland, Wojciech Maziarski addressed an open letter to the Polish authorities which was published in social media and on the website of Koduj24. In his letter, he ironically emphasises that the attacks from the Government experienced by the Open Dialog Foundation after the Head of ODF’s Board Bartosz Kramek had published the study „Let the state stop: let us deactivate the government!”, should be addressed to Maziarski himself.

„I have just heard that the Ministry of Foreign Affairs intends to send the matter of the Open Dialog Foundation to the prosecutor’s office (…).I feel underappreciated and ignored. It may not be that Kramek will be prosecuted and I will not even though I have postulated the same many times. This looks like discrimination. What is more – not only have I written about it on Facebook, like Kramek, but I have also called upon people addressing them from a stage near the Sejm. I was telling them to get ready, quick, and come.” Maziarski writes and then goes on to provide examples of his posts on Facebook which, in his view, should, after all, attract the attention of the ruling party and provide it with grounds for making charges against him. He also announces he would continue his actions „as long as the ones in power continue to violate the constitution”. 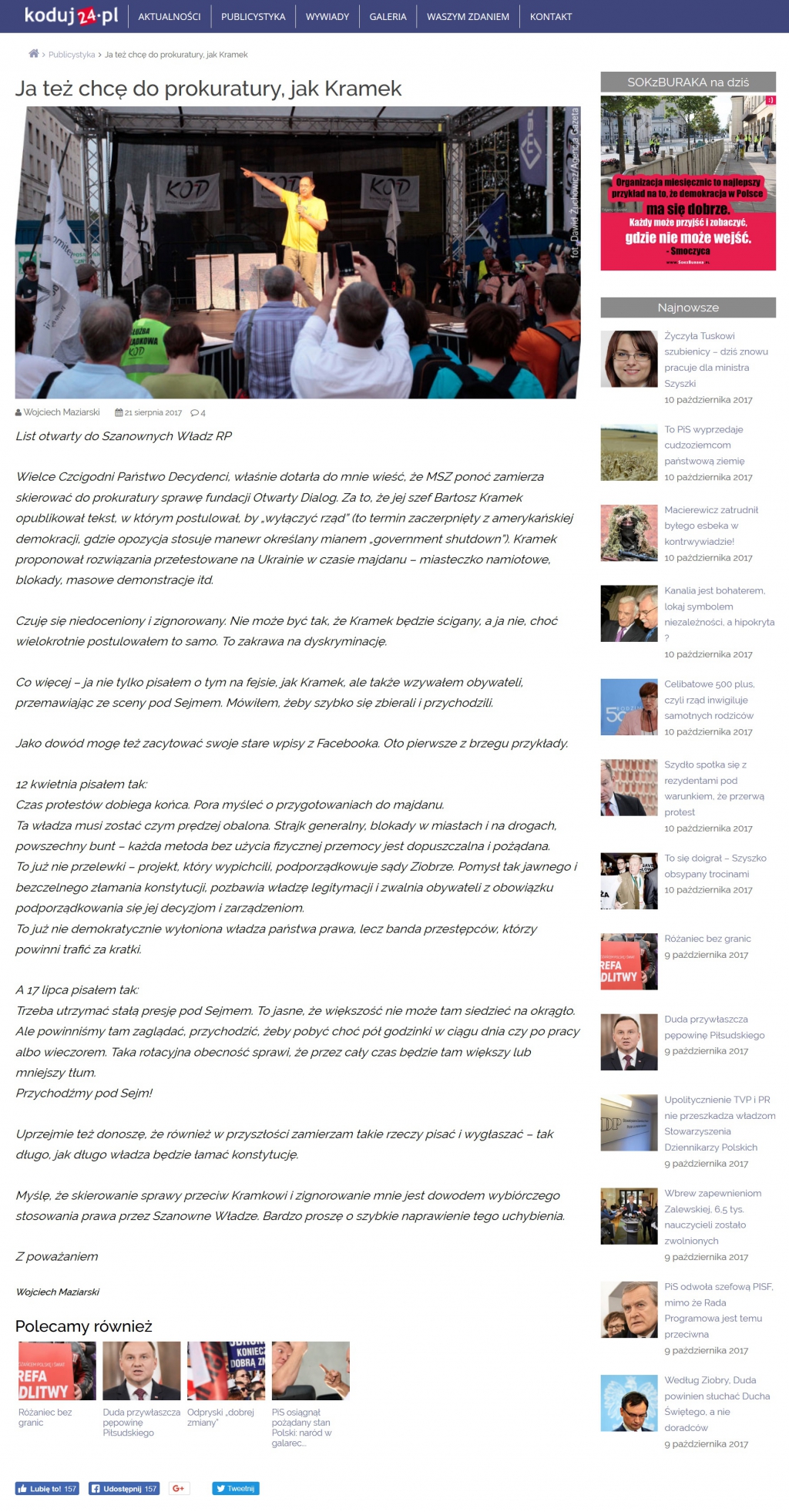