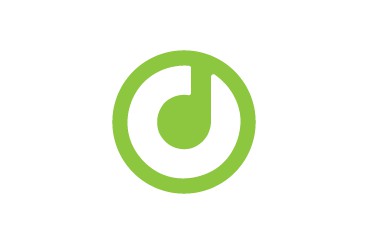 On December 22, Mr Erasmo Palazzotto, Vice-Chair of the Foreign Affairs Committee and Member of the Italian Chamber of Deputies, signed an appeal addressed to the Secretary General of INTERPOL  and to the Chairperson of the Commission for the Control of INTERPOL’s Files. Likewise, another appeal to INTERPOL’s authorities was signed on December 31 by five Members of the Italian Senate – Mr Sergio Lo Giudice, Mr Gaetano Borioli, Ms Monica Cirinnà, Ms Erica D’Adda and Ms Camilla Fabbri.

The letters addressed the issue of INTERPOL’s reform, calling on authorities to continue the implementation of reforms aiming at tightening control on arrest warrants issued by member states and to combat violations of Art.3 of INTERPOL’s Constitution. Italian MPs suggested the introduction of a specific rule in INTERPOL’s legislation, enabling the removal of a name from the wanted list following a court decision to deny the individual’s extradition for reasons such as “political overtones of the case, the lack of guarantees for a fair trial or the threat of torture”.

The senators cited individual cases that are recent or current examples of politically motivated prosecutions through the misuse or attempted misuse of the INTERPOL system – among others, the cases of, Yan Andreyev, Zhanara Akhmetova, Farid Yusub, Anatoliy Pogorelov and the Khrapunov family. They also underlined how individuals being or having been on the INTERPOL’s Red Notices still bear the related consequences, which result in the loss of reputation and harshness or impossibility to run everyday-life errands, such as accessing bank accounts (case of Zurab Musinyan) or travelling (case of William Browder, who was denied access to the United States). Moreover, the senators invited INTERPOL to prevent other individuals at risk, such as Moldovan lawyer and human rights activist Ms Ana Ursachi, and oppositionist Mr Alexandru Machedon, from being included on the INTERPOL’s wanted list in retribution for their engagement in opposition activities against Moldovan oligarch Vladimir Plahotniuc. Similarly, they underlined how Ms Jamila Aimbetova-Tokmadi, a Kazakh citizen and wife of political prisoner Mr Muratkhan Tokmadi, currently residing in Poland, and Mr Yafez Hasanov, Azerbaijani independent journalist and a political refugee in Germany face the risk of having the status of “wanted” persons by their countries of origin via INTERPOL.

In their address, Italian representatives requested “that the Commission for the Control of INTERPOL’s Files take into account the facts that point to the obvious political nature of the criminal prosecution when considering all of the above-mentioned cases” and showed support for the PACE recommendations to establish an INTERPOL fund for compensation of victims of unlawful treatment, to be financed with the means of states acting in violation of the rules.

In the letters both chambers remarked that in order to prevent the actions of the States which systematically violate the rules of INTERPOL “it is vital to officially publish the information and the reason for the removal of the person’s name from the wanted list. It is also necessary to make public the scale of misuse of INTERPOL ’s mechanisms and which countries are responsible for that”.

The signing of these two letters were the accomplishment of the Open Dialog Foundation’s three-day mission at the Italian Parliament in Rome between the 14 and 16 November 2017 and its holding of the event hosted by the Commission for Human Rights at the premises of the Italian Senate on November 16, 2017 attended by the Foundation’s President Ms Lyudmyla Kozlovska, the President of The Italian League for Human Rights (LIDU) Mr Antonio Stango, Moldovan lawyer Ms Ana Ursachi and the wife of Kazakh political dissident Mr Mukhtar Ablyazov, Ms Alma Shalabayeva.