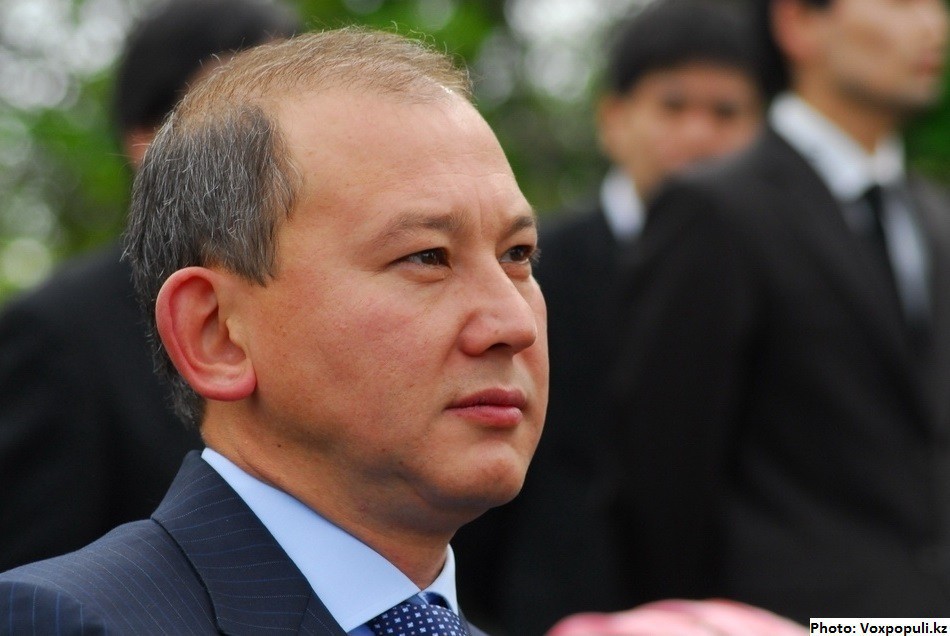 The case of Mukhtar Dzhakishev: release the political prisoner to save his life

The Kazakhstani political prisoner Mukhtar Dzhakishev is suffering from life-threatening diseases – he is now at risk of stroke and heart attack. The latest examinations have revealed impaired brain function. Dzhakishev stays in bed almost all the time. The Kazakhstani authorities are failing to provide him with effective and long-term treatment. At the same time, representatives of the Ministry of Internal Affairs refer to his state of health as ‘relatively satisfactory’.

The international community must put pressure on Kazakhstan to implement the decision of the UN Committee and immediately release Dzhakishev, whose life is in danger. President Nazarbayev has the authority to grant a pardon to Dzhakishev – the next meeting of the Pardon Commission will be held in March 2018.

DUE TO SEVERE CONDITIONS, THE HEALTH OF DZHAKISHEV HAS DETERIORATED 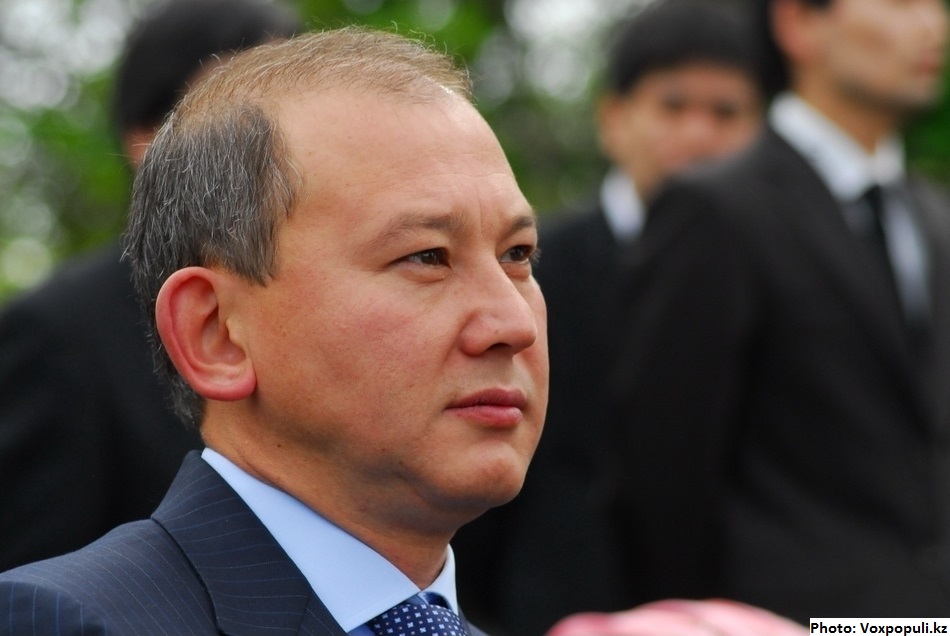 Mukhtar Dzhakishev has been held in prison for almost nine years. During this period, his severe illnesses have been aggravated. In 2009, when Dzhakishev was still free, German doctors diagnosed him with arterial hypertension and left ventricular hypertrophy. In addition, in the years 2015–2017, when Dzhakishev was already imprisoned, Kazakhstani doctors concluded that he had coronary heart disease, transient ischemic attacks, aortic atherosclerosis, kidney diseases (chronic pyelonephritis and nephroptosis) and other diseases.

Dzhakishev suffers from excessively high blood pressure (which rises to 150/260 mm Hg). Due to this fact he risks stroke or heart attack according to Bakhyt Tumenova, head of the human rights organisation for healthcare ‘Aman-Saulik’.

For several months, Dzhakishev has been staying in the medical division of the prison. He is also in pain. Doctor and human rights activist Bakhyt Tumenova emphasises that Dzhakishev’s hypertonic disease has led to complications in the work of the kidneys and other organs. Among others, Dzhakishev suffered from a retinal tear. On 31 October, 2017, he underwent eye surgery in Karaganda.

On 27 December, 2017, following an MRI Dzhakishev was diagnosed with angioencephalopathy – signs of subcortical and periventricular foci in his brain. This vascular disease can lead to disability or death.

Dzhakishev is being kept in the AK 159/6 colony in the village of Dolinka in the Karaganda region, 1,000 km from his family home. This is one of the most severe colonies in Kazakhstan, where human rights defenders have repeatedly documented cases of torture. In 2014, Dzhakishev was beaten there, after which his kidney problems worsened. The climate in the Karaganda region is extremely harsh: in winter, the temperature drops to -46 or even -48°C, while in summer it can exceed +40°C.

DZHAKISHEV DOES NOT RECEIVE PROPER MEDICAL CARE OR TREATMENT

The authorities of Kazakhstan do not provide conditions for qualitative diagnosis of Dzhakishev’s health or for proper treatment in a civilian clinic:

For more than half a year, in its responses to inquiries, the Ministry of Internal Affairs of Kazakhstan has been stating that Dzhakishev is being ‘provided with the necessary supervision and treatment’in the medical division of the colony, and is also being taken to civilian clinics.

At the moment, the conditions of the penitentiary system do not allow Dzhakishev’s diagnosis to be updated or clarified. Dzhakishev is taking medicine that he receives from his relatives. Doctors only struggle with symptoms and take temporary measures during exacerbations of his illnesses, according to the human rights activist Bakhytzhan Toregozhina. She also draws attention to the fact that Kazakhstan cannot provide sufficient conditions for effective treatment of Dzhakishev’s diseases.

Attorneys emphasise that proper care and treatment can only be provided to Dzhakishev by clinics in Western countries (for example, Germany and the United States) which specialise in such complex diseases.

In September 2017, Dzhakishev’s mother appealed to President Nazarbayev to pardon her son. She fears for his life. The Pardon Commission under the President has not yet considered this appeal. According to the available information, the next meeting of the Commission will be held in March 2018. Kazakhstani human rights defenders and activists prepared a letter of support for the request to grant pardon to Dzhakishev.

Mukhtar Dzhakishev is another victim of the criminal prosecution of opposition politician Mukhtar Ablyazov. Dzhakishev, former head of the national company Kazatomprom, is a close friend of Ablyazov. Deputies of the pro-presidential party appealed to law enforcement agencies, pointing out that ‘Dzhakishev lobbied the interests of Ablyazov’. Another reason for the persecution of Dzhakishev could be the redistribution of spheres of influence in the uranium industry of Kazakhstan.

In May 2009, Dzhakishev was detained by the Kazakhstani special services. For several months, lawyers were not allowed to visit him, under the pretext of protecting state secrets. Dzhakishev’s health worsened and he did not receive medical care. In 2010 and 2012, as a result of two trials, he was sentenced to 14 years in prison on charges of ‘embezzlement of entrusted property,’ ‘accepting bribes’, and ‘fraud’.

In December 2015, the UN Human Rights Committee acknowledged that Dzhakishev had not been provided with the right to a fair and public trial, the right to defence, the right to communicate with lawyers and the right to humane treatment. The UN demanded the verdict be annulled and Dzhakishev released. However, Kazakhstan refused to comply with the decision of the UN Committee.

Kazakhstani and international human rights organisations, in particular, Freedom House and Human Rights Watch [1], [2], spoke in defence of Dzhakishev. Torture, non-provision of medical assistance and violation of Kazakhstan’s international obligations in Dzhakishev’s case are stated in the written declaration of 26 PACE deputies dated 11 October, 2017, and in the declaration of 24 PACE deputies dated 25 January, 2018.

In October and December 2017, 17 MEPs sent inquiries to the Kazakhstani authorities demanding the release of the political prisoner Dzhakishev [1], [2]. In response to MEPs’ inquiries [1], [2], Vice President of the European Commission, Federica Mogerini, stated that the EU representatives were interested in the state of Dzhakishev’s health and also called on Kazakhstan to implement the decision of the UN Committee on his release.

The Kazakhstani authorities say they are providing treatment to Dzhakishev, yet this treatment is not appropriate. Such an attitude towards a prisoner is a form of cruel treatment.

The EU owns half of all investments that come to Kazakhstan. At the same time, Kazakhstan openly and consistently neglects its international obligations, refusing to comply with the demands of the UN Committee and EU representatives on the release of Dzhakishev and other political prisoners. This cannot go unpunished. In addition, one of the priorities of the EU is to support the efforts of the UN governing bodies in the fight against human rights violations. Therefore, the EU should take measures to facilitate the implementation of UN decisions, including in Dzhakishev’s case.

We call on the international community to demand that the Kazakh authorities take urgent measures:

We call on the representatives of the European Commission and the embassies of the EU countries to intensify, within the framework of the new partnership agreement between Kazakhstan and the EU, the process of negotiations aimed at releasing Mukhtar Dzhakishev and thereby saving his life.