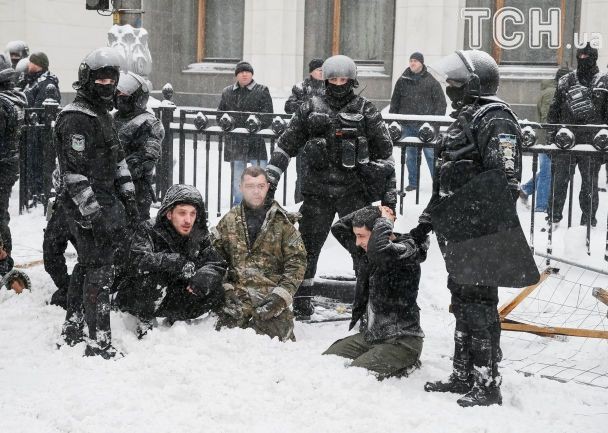 On March 3, 2018, the National Police of Ukraine and the National Guard of Ukraine demolished the tent camp that had been located on Hrushevsky Street near the Ukrainian Parliament.

The formal reason for this notorious event was the ruling of the investigating judge of the Pechersk District Court of Kyiv, delivered on March 2, 2018, allowing an inspection to be conducted at the tent camp in order to find persons involved in criminal activity, and to search for belongings and documents relevant to the investigation of criminal proceedings.

Information obtained from the monitoring of the Commissioner for Human Rights and open sources provide evidence that there are reasonable grounds to state that the actions of law-enforcers allowed a number of gross violations of human rights, guaranteed by the Constitution of Ukraine, in particular.

We would like to draw special attention to the gross violation of the Law of Ukraine “On National Police”, which prohibits police officers from striking the head, neck, clavicular, genital organs, lumbar (tailbone) and abdomen.

The problem of identifying a specific law enforcement officer who violates human rights has remained unresolved since 2013, although the relevant provisions were included in the Law of Ukraine “On National Police”.

Additionally, we call your attention to the inadmissibility of cynical statements by some officials who publicly mock human rights violations. Thus, there are grounds to doubt that an objective investigation of these events would be conducted.

In view of the abovementioned, we urge: 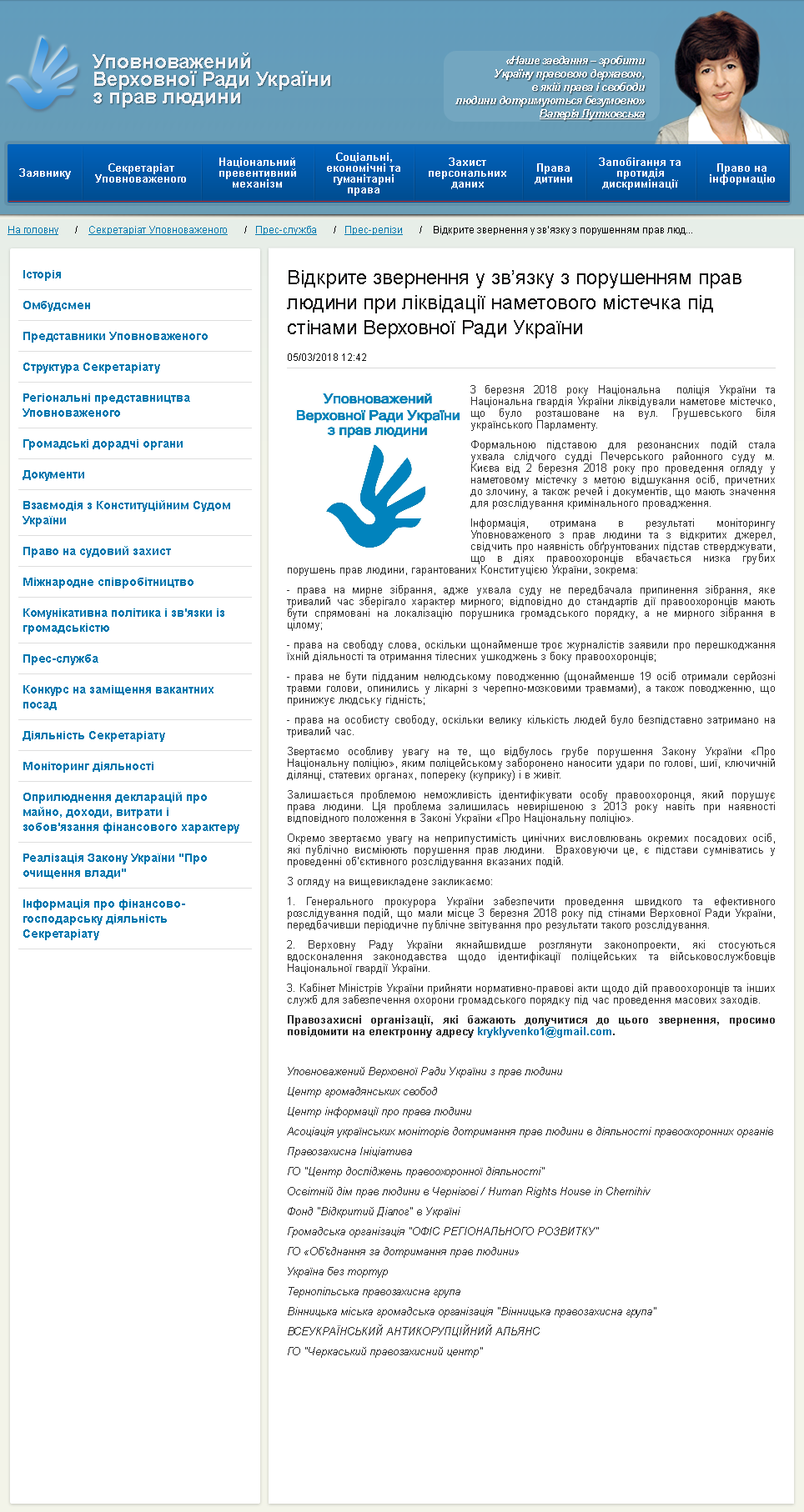 This open Address is available at http://www.ombudsman.gov.ua