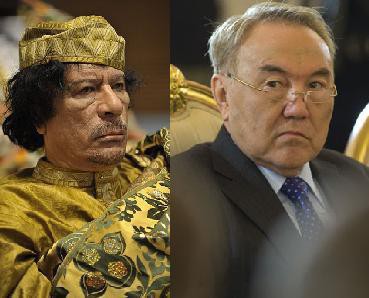 Invitation to the press conference 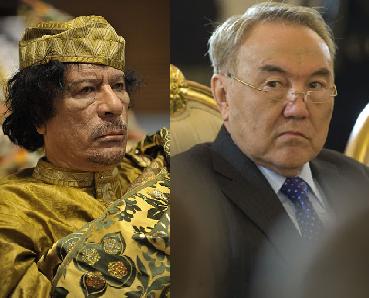 Muammar Gaddafi vs. Nursultan Nazarbayev. What assets will the President of Kazakhstan leave behind?

Brussels, 11th of September, 2012 – After Muammar Gaddafi died, it turned out that he was the richest man in the world, who amassed a fortune of over $200 billion. Probably richer than him is the President of the Republic of Kazakhstan – the Leader of the Nation, Nursultan Nazarbayev. 72-year-old Nazarbayev, whose governance is entering a period of decline, is the godfather of the most powerful family in Kazakhstan, which exercises absolute control over the country’s economy. Presidential clan is as wealthy as Gaddafi, also thanks to the overuse of rich oil deposits on the Caspian Sea. It is in this region that the town of Zhanaozen is located. In this very town, in 2012, strikes were organised in which thousands of workers’ participated. It is not irrelevant to the interests of European oil companies, and to a new agreement on partnership and economic cooperation of the European Union with Kazakhstan. Negotiations on the agreement are now coming to an end.

Workers employed in oil refineries live in poverty, and the money from oil is transferred to the futuristic, new capital in Astana and to the European bank accounts of the president’s daughters and sons-in-law. For their birthdays, many millions of dollars worth of the largest private concerts of world pop stars  have been organised. One of Nazarbayev’s key advisors is former British Prime Minister Tony Blair, whose task is to assist the president in achieving his greatest dream – to receive the Nobel Peace Prize.

Kazakhstan has been governed in authoritarian style by President Nursultan Nazarbayev for more than 20 years. Even before the collapse of the USSR, he was the first secretary of the Kazakh Communist Party. According to the official results of the election, the president and his party regularly reach the level of 90-95% of the vote. Office for Democratic Institutions and Human Rights regularly recognises the elections in Kazakhstan as not meeting democratic standards, however, it changes nothing. The President himself is surrounded by the official cult. From 2011, he has had the right to use the title of ‘the First President’ and ‘the Leader of the Nation’, and he and his family have a lifetime of personal and property immunity.

During the conference, new instruments of pressure that the international community may use to effectively influence the situation in Kazakhstan, will be presented.

More on this topic:
Muammar Kaddafi