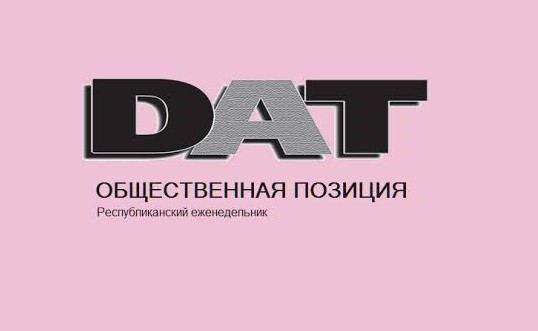 Yevgeniy Zhovtis: ‘It is likely that Ardak Ashim has become a victim of punitive psychiatry’

“Over the years, the authorities have cleaned out the opposition political field so thoroughly that now anyone who is trying to interfere or show his dissatisfaction with the situation and criticise the authorities is considered a destabilising factor, if not an ‘enemy of the people’”.

On 31 March 2018, activist and blogger from Shymkent, Ardak Ashim was interrogated at the police station before being forcibly placed in a mental hospital. She has been accused of ‘incitement of social discord’ for publishing ‘negative comments against the authorities’ on Facebook; she was also asked about her involvement in the DCK. According to Ardak Ashim, Investigator Bakytzhan Syzdykov asked her: “Why are you trying to start a fight with the Old Man (perhaps, Nazarbayev was meant here – ed.)? You are causing harm to society!”.

The activist noted that she had not been handed a court order for forced placement in a mental hospital for a month. This decision was issued by Judge S. Aynabekov in the absence of the accused, her counsels or relatives, which violates Art. 67 of the Code of Criminal Procedure of Kazakhstan. It is not known which of the experts or medical doctors, according to Art. 271 of the Code of Criminal Procedure of the Republic of Kazakhstan, stated the need to place Ashim in a mental hospital.

Aynura Ashimova, Ardak Ashim’s daughter, reported that the chief doctor of the regional psychoneurological early treatment clinic, Koblanbek Onalbayev had uttered threats against Ashim’s relatives and had forbidden them from seeing her. Ashim’s daughter fears that she may also be subjected to harassment or placed in a mental hospital.

Ardak Ashim reported through her daughter that they are going to try to give her injections of psychotropic substances in order to make her ‘insane’. Ardak Ashim believes that one of the masterminds behind her persecution is Akim of the South-Kazakhstan Province, Zhanseit Tuymebayev. She asserts that she fell out of favour with the akim in connection with her active civic position and opposition activities.

As reported by Ashim’s daugther, as of 2 April 2018, law enforcement officers are not permitting anyone to enter the mental hospital.

We asked the well-known human rights defender Yevgeny Zhovtis to comment on the situation.

– In Shymkent, civil society activist Ardak Ashim was forcibly placed in a psychoneurological early treatment clinic after being summoned for questioning to the police station in connection with a criminal case. As far as we know, she was transported to the hospital in an ambulance, escorted by armed policemen. How do you think, how could the police establish that she should be placed in a mental hospital? How should it be done according to the law?

– As follows from the relevant court decision, in 2015, Ms Ashim was diagnosed with a mental illness. At the same time, she wasn’t recognised as legally incompetent, which, in turn, cannot result in recognising her as insane at the time when she published her ‘negative comments against the authorities’ on social networks, or at present. As I understand, a criminal case was initiated against her under Article 174 of the Criminal Code of the Republic of Kazakhstan for ‘inciting social discord’.

We can assume that our authorities consider themselves a kind of a ‘social group’, against which blogger Ardak Ashim has allegedly incited discord. Of course, from the point of view of such sciences as sociology and political science, ‘the authorities’ cannot be a social group, but in Kazakhstan and in neighbouring Russia, the police, prosecutors, and judges are recognised as a social group, and so, they probably decided to present all the authorities as one social group.

If measures of compulsory medical treatment are used, then, of course, there should be an expert opinion issued by a medical commission, the commission of psychiatrists, in order to establish that the health condition of Ms Ashim is so bad that she urgently needs to be placed in a hospital for treatment. Maybe the authorities believe that the presence of the diagnosis itself allows them to act this way. It can also be assumed that the authorities want to declare that she was insane at the time of the alleged commission of the crime.

We can only guess here. But what is written in the court’s ruling about the ‘negative comments against the authorities’ makes the entire case clearly political, and the means used against Ms Ashim are very similar to the notorious means of ‘punitive psychiatry’.

– Two weeks earlier, the police searched the activist’s apartment in Shymkent, after which the police transported her for interrogation to the Department of Internal Affairs of the South Kazakhstan Province. At the police station, she was asked whether she had been involved in the movement ‘Democratic Choice of Kazakhstan’, banned by the court in Astana, and was coerced to sign a statement obliging her no to walk the streets with blue balloons in blue clothes on during the period from 21 to 24 March. Is this a compulsory requirement of the ‘law enforcement bodies’?

– This statement isn’t legally binding. The prohibition of engaging in any activity only may be imposed as part of the conviction of the court. This is a form of punishment. In addition, our Criminal Code or the Code of Administrative Offenses do not say a word about blue balloons or blue clothes. In fact, this is a classic colour discrimination. And if seriously, it is extremely sad that the police consider themselves entitled to force people to sign such statements, which are completely illegal.

– Since there is no information confirming that the mental state of A. Ashim does not allow her to personally participate in the court session, what should be done with the court trial that has been carried out based on the lawsuit of a certain citizen named Suiyin? We would like to remind you that Ardak Ashim is also a defendant in the criminal case in Shymkent – facing charges of ‘libel and insult’ – initiated by a local public activist.

– Judging by the fact that compulsory measures of medical treatment were applied to Ms Ashim, the authorities apparently think that her mental state is bad and she requires urgent compulsory treatment and, consequently, she cannot participate in other legal proceedings right now.

– As you can see, so many ‘cases’ came down at once on one civil society activist. What are the reasons behind all these cases? Don’t you think that by that the authorities started a campaign of intimidation of civil society activists and supporters of the DCK, when this movement began to influence the minds and hearts of people?

– Well, our authorities consistently intimidate supporters of any political opposition for at least 20 years now. Lest we forget the pressure exerted on the Republican People’s Party of Kazakhstan (RNPK) in the late 1990s, arrests of the leaders of the then movement ‘Democratic Choice of Kazakhstan’ in the early 2000s, then, the liquidation of the party of the same name for alleged extremism, then, the pressure exterted on the party ‘Alga!’, etc. Andso, it’snothingnew.

Over the years, the authorities have cleaned out the opposition political field so thoroughly that now anyone who is trying to interfere or show his dissatisfaction with the situation and criticise the authorities is being considered a destabilising factor, if not an ‘enemy of the people’. Consequently, conversations are conducted with such a person, he or she is brought to administrative or criminal liability, surveilled, warned, and subjected to pressure using the person’s family members. At the same time, political, economic, and social problems don’t disappear, not to mention the clearly growing discontent with the entire law enforcement and judicial systems. So if it’s not the DCK, then someone else will still voice these problems.

– Immediately after handing down of the court decision, in which the DCK was recognised as an extremist organisation, activists and journalists in different regions of Kazakhstan began to be summoned or brought to police stations. This affected those who had expressed their support for the DCK on social networks, criticised the decision to ban the DCK, or simply pressed the ‘Like’ button under certain posts. How would you comment on this situation?

– The DCK has already been banned more than ten years ago and, allegedly, it was due to extremism, too, although, in my opinion, there was no extremism in actions or speeches of its leaders. Still, the authorities must somehow justify the persecution of civil society activists, those dissatisfied and dissenters. For this reason, it was recognised as extremist for the second time and now the authorities have at least some legitimate reasons to exert pressure on everyone who demonstrates his disloyalty in any way.

– What are the authorities afraid of? Is all this connected with the forthcoming transit of power?

– If the authorities are illegitimate, by which I mean that they aren’t provided with the support expressed in free and fair elections, they are afraid of everything. It’s because they understand that they can come up with any percentage of the vote, they can wash your brain (or peddle lies) 24 hours a day, as Russian television does, they can raze the entire opposition to the ground and prevent any uncontrollable leaders from coming out, but all these actions don’t add them any legitimacy. And given the aggravation of the struggle of the elite circles in connection with the forthcoming transit of power, currently, the authorities are afraid of everything. This is a characteristic feature of authoritarian regimes. And they eliminate any, even imaginary, threats with their existing tools, which inevitably makes the state increasingly ‘police-run’. Which is exactly what we are witnessing right now.