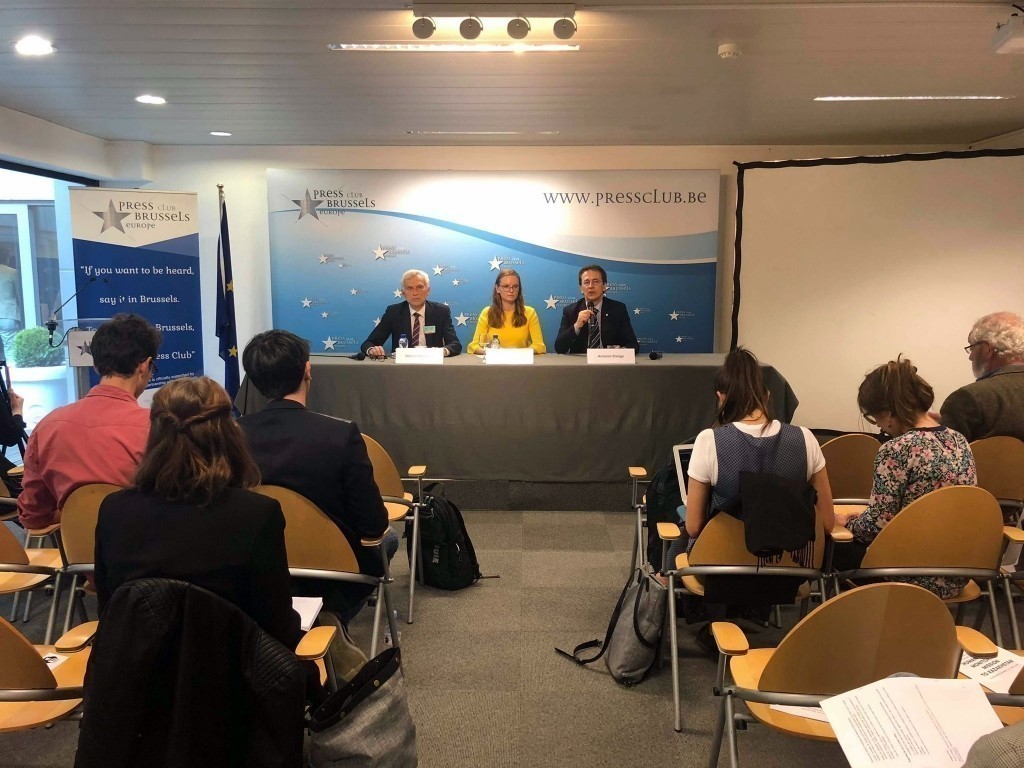 On 15 May 2018, a press conference – co-organised by ODF and the Italian Federation for Human Rights (FIDU) – was held at the premises of the Brussels Press Club. On this occasion, the delegation composed of President of the FIDU, Antonio Stango, and the President of the European Movement of Poland and member of the Polish Sejm, Marcin Święcicki, presented an exclusive report on the recent human rights monitoring mission to Kazakhstan. The report was an outcome of the delegation’s visit to Kazakhstan, which took place between 14 and 17 April 2018 with the aim of assessing the implementation of human rights obligations and visiting a number of political prisoners.

During the presentation, Antonio Stango underlined that “these kind of initiatives can contribute to making a difference in the situation of human rights in some specific countries and Kazakhstan is possibly one of these countries”. He stressed that the framework of agreements between the EU and Kazakhstan, mainly the Enhanced Partnership and Cooperation Agreement, can play a vital role in the improvement of human rights observance and welcomed the role of all civil society representatives in carrying out a thorough monitoring of such implementations.

In providing a brief summary of the report’s findings, Święcicki recalled and expressed his concerns about the cases addressed by the mission, namely those of politically prosecuted poet Kenzhebek Abishev, Democratic Choice of Kazakhstan-supporter Almat Zhumagulov, accused of extremism, and blogger Ardak Ashim, who was subjected to the brutal practice of punitive psychiatric confinement. The Polish MP mentioned also the worrying cases of Iskander Yerimbetov, a political prisoner that the delegation was able to meet and who recounted his torture, and critically-ill political prisoner Mukhtar Dzhakishev, whom they were not allowed to visit.

Both delegates called for a higher attention and a stronger role to be played by representatives of the EU at the local level, such as the delegation of the European External Action Service, but also Members of the European Parliament visiting the country. First of all, EU’s interest in monitoring human rights situation should be made publicly visible by the Mission of the European Union in Astana and Members of the European Parliament visiting the country, for instance by carrying out meetings and publishing reports after visiting political prisoners in detention facilities, meeting with their counselss, relatives; activists, journalists and human rights defenders. Secondly, it is important to produce annual public reports about the human rights situation in the country and compliance with Enhanced Partnership and Cooperation Agreement of the EU with Kazakhstan, and ensure that bilateral agreements, which include and put strict conditions on the observance and promotion of human rights, be effectively implemented by Kazakhstani authorities. In addition, Mr Święcicki and Mr Stango appealed to the European Parliament to adopt an urgent resolution on Human Rights in Kazakhstan.