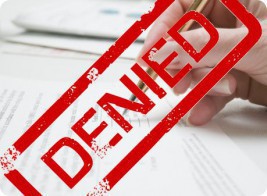 The invitation to a press conference: From “Magnitsky ACT” to “Zhanaozen List” BRUSSELS, 20th of September, 2012 – Social society activists from Kazakhstan, following the example of the so-called ‘Magnitsky List’, drew up their own list of officials and named it the ‘Zhanaozen List’. On the 20th of September, during the meeting with representatives of the European Parliament and European Commission, the document is going to be handed to  them with the request to promote this initiative.

Editors-in-chief of two independent Kazakh newspapers are going to make an appeal to European politicians and officials to support their initiative to introduce the ‘Zhanaozen Act’ – a document that can be used to bring to justice officials, directly or indirectly related to the sanguinary tragedy of the 16th of December, 2011 in the Kazakh town of Zhanaozen, and political oppression of opposition activists and independent media journalists.

The initiators of the  ‘Zhanaozen Act’ are requesting help in fight for an EU entry ban for those included in the ‘Zhanaozen List’ and demand that they be deprived of a possibility to keep their assets in Europe. At the press conference, journalists will present a draft ‘Zhanaozen List’ and give some specific examples of a “luxurious life” of Kazakh officials in Europe.

Irina Petrushova, the chief editor of the ‘Respublika’ media-project, which includes a weekly newspaper and a daily portal with the same name, has resided outside of Kazakhstan for the last ten years and operated the newspaper remotely. She was forced to leave the country by the special services, as they initiated several criminal cases against her. Throughout ten years, the Kazakh authorities have repeatedly tried to close the newspaper, they put pressure on journalists and organised financial audits and filed lawsuits. However, the newspaper has always managed to withstand the attacks and remain a media platform for those who do not agree with the official policy of the authoritarian Kazakhstan.

Igor Vinyavskiy has been the head of the ‘Vzglyad’ newspaper for the last five years. Similarly to the ‘Respublika’, the ‘Vzlgyad’ has repeatedly been subjected to pressure and  harassment by the security services and the authorities. In January, 2012,  Igor Vinyavskiy was arrested by the National Security Committee, and subsequently, he faced charges of calling for the overthrow of the government. It was the pressure from the European Parliament and the campaign waged for the liberation of the journalist in the country, that resulted in his release, allowing him to evade unjustifiable conviction and sentencing to a long prison term.