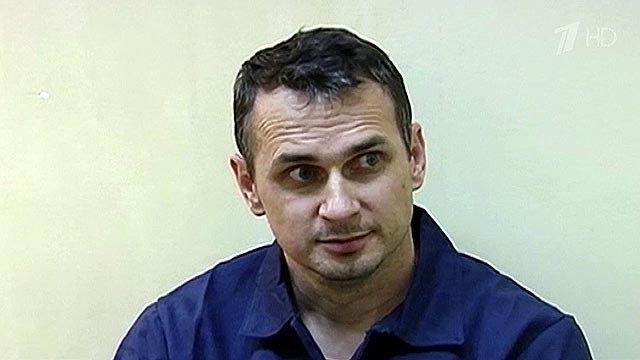 Save Oleg Sentsov: time is ticking

Sentsov is a film-maker and writer from Crimea. In spring 2014, Sentsov, together with an anti-fascist activist Alexander Kolchenko, were arrested in Crimea on false terrorism charges, namely the arson of the window-sill and door of the United Russia party office (which wasn’t Sentsov’s doing, and there is no proof of him being involved in any way, not to mention the fact that nobody was hurt and the material damage was insignificant) and planning an attack on the monument to Lenin.
The situation is complicated by the fact that the Russian state considers them Russian citizens, although neither Sentsov nor Kolchenko agree with this – they were forcibly given Russian citizenship after the annexation of Crimea.

The entire case against Sentsov and Kolchenko was based on the testimony of two witnesses, one of which refused his testimony later, saying that they had been obtained under torture. Sentsov and Kolchenko also declared that they had been tortured during the investigation. These charges, with no evidence to confirm them, were enough for the Russian court to sentence him to the 20 years’ imprisonment in the Labytnangi prison camp, in the far North, while Kolchenko was sentenced to ten years of imprisonment.

On May 14, 2018, Oleg Sentsov started a hunger strike, demanding to free 64 Ukrainian political prisoners who are being kept in Russian prisons. He did not include himself into that list, although International Memorial recognizes him as a political prisoner.

Here is The Independent’s recent piece on Sentsov.

There have been demonstrations in several Ukrainian cities outside the Russian embassies, people gathered for a protest action with a motto #freesentsov.
Sentsov, however, does not hope to be freed. He is not fighting for his own freedom – all he is asking for is the freedom of other political prisoners.

Today is the 14th day of his hunger strike, and he intends to continue it until he gets any results or dies. His life is in grave danger. Up to this day, no information about his health condition has been published.

I call upon you to intervene with Sentsov’s case: to help find negotiators which would ensure the return of Sentsov and the other 64 Ukrainian political prisoners back to Ukraine, to  threaten those involved in the fabrication of the case against Sentsov with sanctions for human rights abuse. Please do not let Sentsov die.