Search
The Open Dialogue FoundationPublicationsKyrgyzstan: Stop the extradition of blogger Muratbek Tungishbayev and provide him with urgent medical assistance

On May 10, 2018, Kyrgyzstani security service officers detained Muratbek Tungishbayev, blogger from Kazakhstan, in Bishkek. He is currently being kept under arrest. Tungishbayev needs urgent eye surgery to save his eyesight. A criminal case has been launched against him in Kazakhstan; Tungishbayev is facing charges of supporting and taking part in the activities of the opposition movement “Democratic Choice of Kazakhstan” (DCK). In March 2018, a Kazakhstani court declared DCK “extremist” and banned it on the territory of Kazakhstan. This was followed by a wave of persecutions against DCK supporters. More than twenty people faced criminal charges and about two hundred more faced detentions, interrogations and administrative arrests. 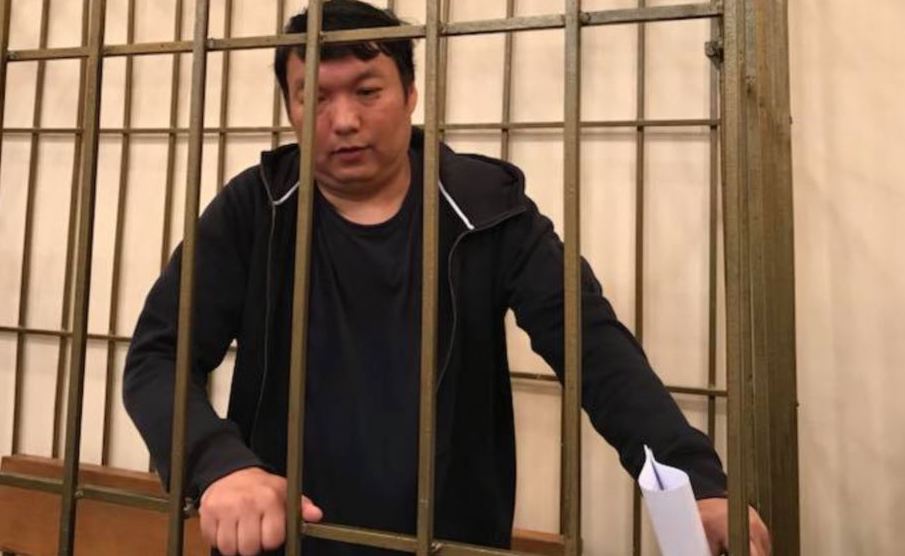 Blogger Muratbek Tungishbayev criticised actions of the Kazakhstani government on social media and expressed his support for DCK. He was charged with “rendering information services” to the opposition movement. The Prosecutor General’s Office of Kyrgyzstan granted Kazakhstan’s request to extradite Muratbek Tungishbayev.

Muratbek Tungishbayev is a civil activist and blogger. Since 2004, he has been cooperating with NGOs which support democratic processes in Kazakhstan (the National Democratic Institute and the International Republican Institute). Tungishbayev has conducted workshops on the development of freedom of expression. He actively covered the 2011 Zhanaozen strike of oil workers who were shot down by police. In March 2012, together with the opposition politician Vladimir Kozlov, Muratbek Tungishbayev gave a presentation at the EU Parliament hearing about the execution of peaceful protesters in Zhanaozen

After the Zhanaozen events, Tungishbayev started receiving anonymous threats. He and his family complained that secret services were putting pressure on them. Because of this, Tungishbayev had to leave Kazakhstan. He lived in Russia for a while, working at the Kazakh oppositional TV channel “16/12”. In 2014, he moved to Kyrgyzstan.

Tungishbayev prepared and selected video materials for such YouTube channels as halykkoz, OSCEKZ and Information Channel 16/12, which covered, in particular, corruption, human rights abuses and political persecutions in Kazakhstan. These channels have over 300,000 subscribers and 120 million views in total. Tungishbayev has three minor children dependent on him.

Tungishbayev remarks that many recent entries in his blog have been focused on the persecution of DCK activists. However, according to Tungishbayev, he has never been a member of this movement. He claims to be facing a politically motivated prosecution because of his civil activity and his support for Mukhtar Ablyazov, the leader of DCK.

The DCK opposition movement started its activity in April 2017. It quickly gained popularity. Among the main channels through which it disseminates information are Instagram (Muktar Ablyazov, one of the DCK leaders, has 182,000 Instagram subscribers) and Telegram (the “DCK activist” Telegram group has over 97,000 subscribers, while regional DCK Telegram groups have about 40,000 subscribers). Mukhtar Ablyazov, seen by President Nazarbayev as a personal enemy, claimed that his goal is to change the regime by means of peaceful mass protest actions and to build a parliamentary republic.

Banning of DCK and criminal prosecutions of its followers

On March 13, 2018,the Yesilskiy District Court of Astana declared DCK “extremist” and banned its activity on the territory of Kazakhstan. The trial was held in absentia.

For over two months, the court’s ruling was not publicly available. It is not included into the database of judicial acts. It only became available after Anton Fabryi, lawyer from Astana, had tried to contest the court’s decision to declare DCK “extremist“. The litigations that followed the lawyer’s personal complaint are still ongoing.

The court’s ruling does not give any example of extremist actions allegedly committed by DCK. This decision is based solely on political rhetoric, which indicates that the authorities are trying to declare any opposition activity illegal.

In particular, the ruling claims that “Using the most popular social media in Kazakhstan, Facebook and Instagram, Telegram and Viber messenger apps, and the YouTube video hosting service, DCK disseminates – both in the Republic of Kazakhstan and beyond it – data and calls to action of an extremist nature concerning the forceful overthrow of the current government of the Republic of Kazakhstan.” The court’s ruling is substantiated only by the conclusions of experts who, among other things, decided that:

Immediately after the court had issued its ruling, police throughout Kazakhstan began summoning or bringing activists and journalists to police stations, where they were given “explanations of the law” and warned about criminal liability for supporting DCK and Ablyazov.

On March 21–22, 2018, police stopped people (including families with children) who were walking with blue balloons (DCK’s colour) and threatened to hold them liable “pursuant to the law”.

On May 10, 2018 police throughout Kazakhstan forcefully dispersed peaceful protesters who were demanding free political prisoners be freed and torture be stopped in detention facilities. The protest actions took place in response to Mukhtar Ablyazov’s call. Over 150 people (including minors) were detained; over 20 people were placed under administrative arrest.

According to the statements of the Prosecutor General’s office and “explanations“, Kazakhstani legislation now provides for long custodial sentences (of up to 17 years) for the following actions:

As of now, over twenty Kazakhstani citizens are known to be facing criminal charges for supporting DCK or reading DCK’s materials. The number of defendants is growing. Four are being kept in Kazakhstani detention facilities, namely Kenzhebek Abishev, Almat Zhumagulov, Ablovas Dzhumayev and Aset Nurzhaubay.

On the grounds of the ruling issued by the Yesilskiy District Court of Astana that declared DCK “extremist”, on April 28, 2018, Almaty police opened a criminal case on charges of “financing and providing information services to a criminal group” (Article 266 of the Criminal Code) and “participating in the activities of the organisation after it was declared extremist” (Article 405 of the Criminal Code). On May 3, 2018, the court issued a notice of suspicion against Tungishbayev (in absentia) under Articles 266 and 405 of the Criminal Code. On the same day his name was added to the wanted persons list. On May 4, 2018, the Almaty district court sanctioned Tungishbayev’s arrest. It is noteworthy, however, that the arrest was only sanctioned under Article 266 of the Criminal Code. Tungishbayev’s defence underscores that all the procedural actions were taken extremely quickly and without properly notifying the defendant.

On May 8, 2018, the Prosecutor General’s Office of Kazakhstan sent a request to Kyrgyzstan, asking to provide legal assistance in the criminal cases of Muratbek Tungishbayev and another person prosecuted for supporting DCK – Ruslan Toychiyev. The request claims that Tungishbayev is suspected of committing crimes under Articles 266 and 405 of the Criminal Code of Kazakhstan.

The case files indicate that Tungishbayev’s crime consists in “providing services of informational nature by means of Facebook and Telegram social media, with the purpose of supporting the organised group under the leadership of M. Ablyazov“.Ablyazov is also accused of “encouraging the radicalisation of social media users, [and] systematically provoking discussions of troubling and delicate issues in support of DCK extremist movement“.

On May 10, 2018, officers of the State National Security Committee detained Muratbek Tungishbayev in Bishkek. Kazakhstani law-enforcement agencies knew Tungishbayev’s residential address in Bishkek. It is noteworthy that the detention did not take place in the flat where he was temporarily staying with his wife; instead, Tungishbayev was detained in the flat of his acquaintance, Dmitry Shchyolokov, who is also a blogger. Members of the National Security Committee forced their way into his flat, breaking the door in, and searched the flat. They did not show any search warrant. Nor did they leave a copy of the inventory.

Additionally, the officers of the State National Security Committee searched the flat where Tungishbayev was temporarily staying. The search was conducted in the absence of Tungishbayev and his wife. As in the previous case, the officers broke into the flat without showing a search warrant or leaving a copy of the inventory.

On May 11, 2018, the Pervomayskiy district court of Bishkek sanctioned Tungishbayev’s arrest for two months. Tungishbayev is currently being kept in Bishkek, in detention facility No. 1. The defence’s appeal was rejected.

His lawyer Nurbek Toktakunov believes that the ruling of the Kyrgyz court that sanctioned Tungishbayev’s arrest was illegal. Here are the reasons that he gives:

On May 13, 2018, acting on his behalf, Tungishbayev’s defence applied for refugee status with the Migration Service of Kyrgyzstan. Under Article 7 of the Kyrgyz Refugee Act, Tungishbayev cannot be extradited while his refugee status application is being considered. Moreover, Article 12 of the Kyrgyz Refugee Act prohibits the extraditing of refugees to their country of origin if they would face persecution for their political views in that country.

Tungishbayev was diagnosed with central retinal vein thrombosis caused by hypertension. On May 10, 2018, several hours before being detained, Tungishbayev underwent the first stage of eye surgery. He needs postoperative medical care. Some of the necessary medicines are being brought to his detention facility. The detention facility physician is monitoring the arrestee’s health condition. Tungishbayev needs special diagnostics and treatment but ophthalmologists are not allowed to visit him. 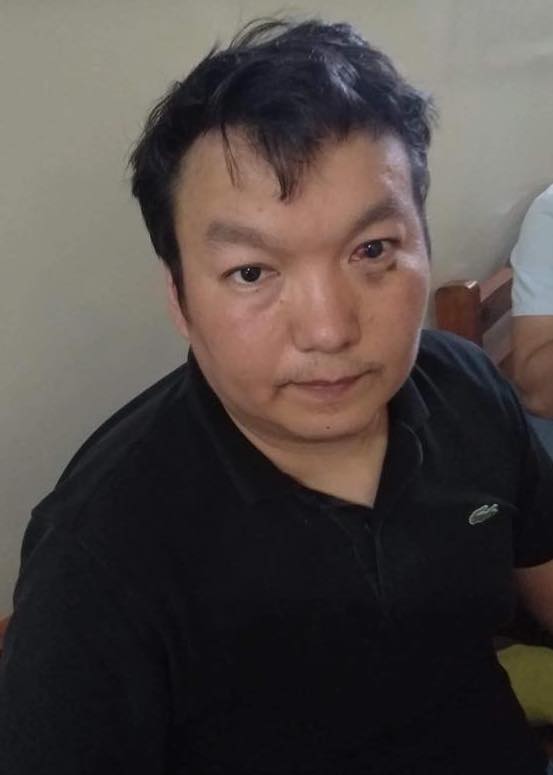 According to Tungishbayev, without proper medical care he might lose his eyesight. The detention facility physician wrote out a medical certificate which claims that Tungishbayev needs to undergo the second stage of the eye surgery on June 14, 2018. But in order for this to happen, Tungishbayev’s defence needs to obtain permission to take him to a clinic where the operation will be conducted.

In the case that Muratbek Tungishbayev is extradited to Kazakhstan, Kyrgyzstan will be in violation of a number of obligations under international agreements – in particular, the requirements of Article 3 of the UN Convention against Torture, Article 33 of the UN Convention relating to the Status of Refugees and General Comment No. 20 of the UN Human Rights Committee. Under these documents, states should not send people to other states where they would face torture, inhuman treatment or danger because of their political views.

On May 28, 2018, Kazakhstan’s NGO Coalition Against Torture published a statement regarding Muratbek Tungishbayev’s case, in which it stressed the pervasiveness of torture in Kazakhstan and the impunity of those who use it. The Coalition comprises forty-seven human rights organisations and independent experts. Many reports [1], [2], [3] of human rights organisations mention the systemic and country-wide nature of the use of torture in Kazakhstan.

The Open Dialog Foundation underscores that the criminal proceedings against Muratbek Tungishbayev are obviously political. He is being persecuted for peacefully exercising his right to freedom of opinion and freedom of information. Tungishbayev’s case is just one step in a large-scale campaign aimed at neutralising the opposition movement “Democratic Choice of Kazakhstan”, which is popular among the country’s population. The movement was declared illegal, and the state began bringing criminal and administrative charges against its supporters.

If Tungishbayev is extradited to Kazakhstan, the proceedings against him will not be fair and impartial. There is also a serious risk that he will be tortured or treated cruelly in detention.

The Open Dialog Foundation hereby calls upon Kyrgyzstan’s authorities not to extradite Muratbek Tungishbayev to Kazakhstan. We call for Tungishbayev’s immediate release from custody on the grounds of the political context of the charges against him and his health condition.

We also call upon the international community, in particular the UN Human Rights Committee, the Council of Europe and the competent EU bodies, to urgently intervene in the case of Muratbek Tungishbayev and to prevent his extradition to Kazakhstan.

Negotiations are currently ongoing regarding signing the Enhanced Partnership and Cooperation Agreement between the European Union and the Republic of Kazakhstan. On the other hand, the government in Bishkek has been trying to ensure Kyrgyzstan’s full membership of the Council of Europe. We believe that such cooperation should only happen if human rights and basic freedoms are respected in Kyrgyzstan. Aiding Nazarbayev’s authoritarian regime in its persecution of its political opponents raises doubts about the democratic aspirations of the Kyrgyz authorities.

All those wishing to support our demands are welcome to send their statements to the following persons and institutions: