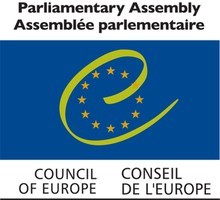 By recalling in the text the numerous resolutions they adopted in the past few years, PACE members reiterate their grave concern over the restrictions on NGOs’ activities, such as the “restrictive laws and regulations concerning registration requirements or funding, administrative harassment, smear campaigns against certain groups and threats and intimidation against NGO leaders and activists”. Mindful of the adhesion of all member States to the European Convention on Human Rights, the Assembly agrees “to ensure, without discrimination, respect for freedom of assembly and association as well as the freedom of expression”, which are inextricably linked to one another and are vital to the proper functioning of civil society. They decry the fact that “in several Council of Europe member States the space for civil society has been shrinking over the last few years, especially in respect of NGOs working in the area of human rights”.

The report underlines how leaders of NGOs in certain countries “are subjected to judicial or administration harassment or are victims of serious human rights violations, such as ill-treatment or arbitrary arrests [emphasis added]”. The Committee recommends revoking or revising “legislation that impedes the free and independent work of NGOs” and “refrain[ing] from adopting new laws which would result in unnecessary and disproportionate restrictions or financial burdens on NGO activities”. The Assembly also urges the member States to ensure that NGOs can seek and receive transparent funding, whether domestic or foreign, and that any kind of harassment, or negative public discourse, has to stop in order to safeguard an “enabling environment for civil society [emphasis added]”.

Furthermore, the report makes references to concrete cases, such as those of Ukraine, the Republic of Moldova and Poland.

In Moldova, despite the abandoning of the made by the Minister of Justice’s proposal to impose new obligations on NGOs engaged in “political activities” and those receiving funding, Moldova continues to exert pressure on representatives of civil society.

In Poland, the Parliament passed a law (15 September 2017) creating the National Freedom Institute (NFI), a body which will distribute public funds to NGOs and report to the Prime Minister’s office and a new body, the Committee on Activities of Public Benefit, composed of senior officials from different ministries. As a consequence, the law will give the Council of Ministers powers to control and centralise the distribution of public funds.

Meanwhile, in Ukraine, a new law was adopted on 23 March 2017 amending the Law on Prevention of Corruption. This was accompanied by two additional draft laws submitted by the presidential administration to the Parliament, which would impose further obligations on Ukrainian NGOs, thus creating a restrictive framework for their actions. In line with the recommendations of the Venice Commission and the OSCE/ODIHR, the draft resolution urges the Ukrainian authorities “to reject the recently proposed draft laws imposing additional financial reporting obligations on NGOs”.

The topic of the protection of human rights defenders is itself the subject of the draft resolution proposed by Mr Vareikis, in which Moldova and Ukraine are mentioned. Concern about Moldova has already been expressed by several human rights organisations, especially in regard to attacks on the freedom of association, unfair trials and the use of torture and ill-treatment. In the explanation part of the draft resolution, focus is placed on Ms Ana Ursachi, a lawyer famous for having defended the interests of opponents of the Moldovan oligarch and politician Vladimir Plahotniuc. Exiled in Poland, “a Red Notice was issued by Interpol at the request of the Moldovan National Central Bureau”, threatening her liberty. The rapporteur recalls that a hearing was held on March 2018 in the Central Court of Chisinau, in the absence of Ursachi’s counsels, which granted the prosecutor’s motion to arrest her.

Human rights activists’ situation in Ukraine is also worrying, especially as “a series of criminal investigations has been launched against some NGOs and their leaders. Some examples are given in the text, such as physical attacks on two anti-corruption activists from Kharkiv, Mr Evhen Lisichkin and Mr Dmytro Bulakh and the murder of the human rights lawyer, Ms Iryna Nozdrovska.

The Assembly denounces the fact that harassment of any kind, criminal investigations, persecution, physical attacks, threats or imprisonment restrict the space for human rights defenders’ action and make that space less secure. And it encourages its member States to “ensure that human rights defenders have access to effective domestic remedies with respect to violations of their rights, especially those related to their work” and “conduct effective investigations into all acts of intimidation or reprisals” against them.

The Assembly will discuss the draft reports in the following months.