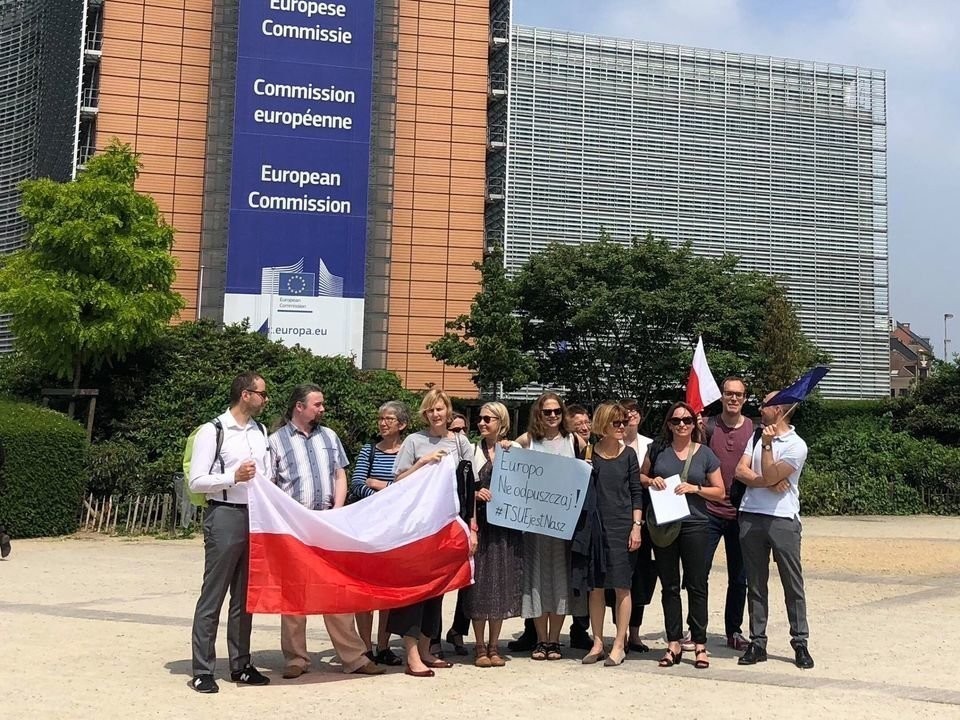 Europe, do not give up on Poland!

The two largest opposition parties in the Polish Parliament, the Civic Platform and .Nowoczesna, also came forward with the initiative to appeal to the European Commission in order to take action to block the law on the Supreme Court.

The article on announcements of such activities, as well as the content of Lech Wałęsa’s appeal, is available in the attachment to this article entitled “Opposition parties and Lech Walesa appeal to the European Commission”.

On Monday this week, pro-democratic circles of the street opposition in Poland, Polonia communities around the world and representatives of non-governmental organizations, including the Open Dialog Foundation, appealed to the European Commission to take appropriate actions. The letter initiated by Free Courts, an organization that in July last year along with Democracy Action led to mass protests by the Polish population across the country in defense of the independence of Common Courts, the National Council of the Judiciary and the Supreme Court, has just been published and is the voice of Polish civil society in the fight to uphold the rule of law in Poland and the norms of a member state of the European Union.

You can read the letter here.

The letter is also available in PDF version in the attachment to this article entitled “Europe, defend Poland’s Supreme Court!”

We, as a NGO constantly attacked by the Law and Justice representatives for our activities aiming at defence of the Polish rule of law and civil society rights, call on everyone who can contribute to the dissemination of the appeal of Polish democrats concerned about the good of the country, which since November 2015 is subject to the ruling party, less and less like the state of law and bearing more and more marks of the authoritarian system. We believe that massive international intervention and support from many directions, including the media, will lead to the European Commission’s involvement in the defense of the Polish Supreme Court in the European Court of Justice.

This initiative of pro-democratic circles is important and it is crucial to get publicity and support from various parties as we learn that the European Union itself is beginning to divide in the matter of recognizing the legitimacy of the need for pressure on the Polish government under Article 7. We fear that postponing the debate about the Polish rule of law on the highest European levels by several weeks or even months (including discussion and taking appropriate measures to block the 3 July 2018 entry into force of the Act on the Supreme Court) will have devastating and irreversible effects not only on Polish democracy but also the European Union itself.
More details about the case can be found in the article.

In connection with the appeals of many people and communities, in all of Poland and in many places in the world pickets under the slogan  “Europe, do not let go!” took place on June 4, 2018. At 12 p.m. on that day,  twenty Poles living in Brussels manifested in front of the European Commission building. 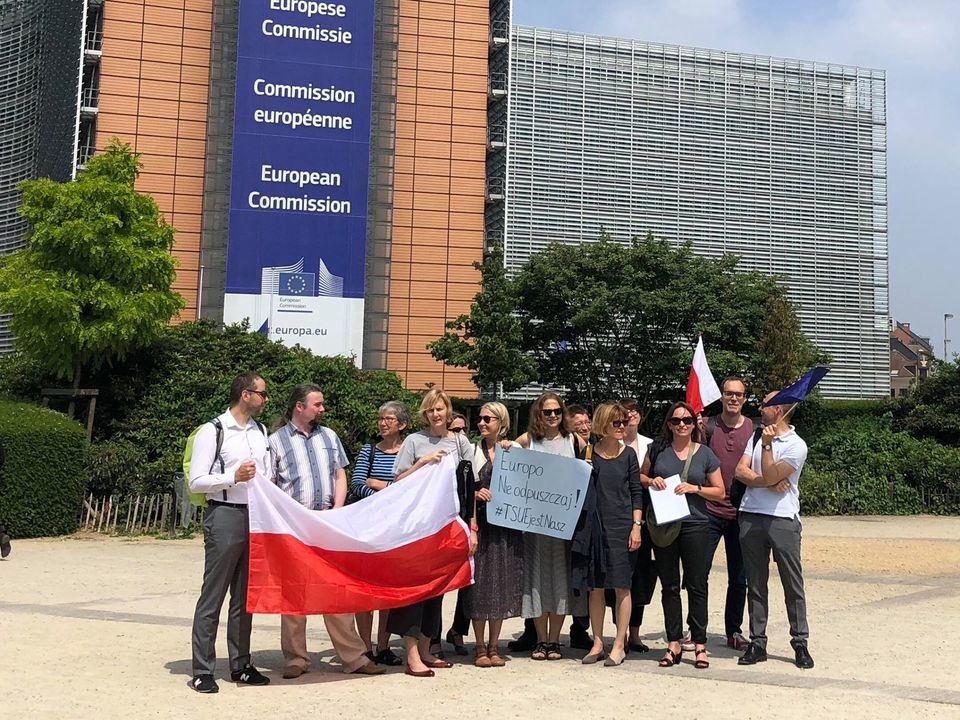 We also recommend reading a crushing report by the UN Special Rapporteur on the Polish Judicial Reform. Tomasz Skory of TVN24 writes:

“The United Nations Human  Rights Council has just published a report prepared by Diego  Garcia-Sayan assessing the independence of the Polish judiciary. The  document  will be officially presented in two weeks at the Geneva  session, but we can already speak of considerable shame – the report crushes the Polish judicial reforms“.

The text of the report entitled “UN REPORT” is available in the attachments.

More on this topic:
European Commission , rule of law in Poland , opposition , Poland