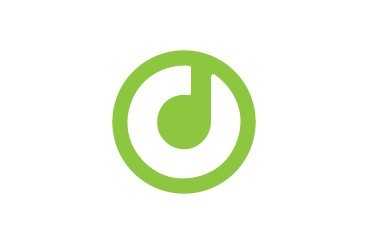 In 2015, the Open Dialogue Foundation continued its humanitarian aid programme addressed to the ones in need in Ukraine. The categories of beneficiaries did not change and included: widely understood defence structures, medical services and citizens’ initiatives engaging in further distribution or provision of aid.

The scale of humanitarian aid was significantly reduced due to a smaller amount of funds and a considerable drop in the effectiveness of their raising by the Foundation compared to the previous reporting year (21.11.2013 – 25.11.2014). In 2015, the humanitarian situation in Ukraine remained difficult but relatively stable. State structures started to respond to these challenges to a degree greater than before. Having regard to these factors, the Foundation concentrated on other priorities, and its active measures in this area were being gradually extinguished in the successive months. 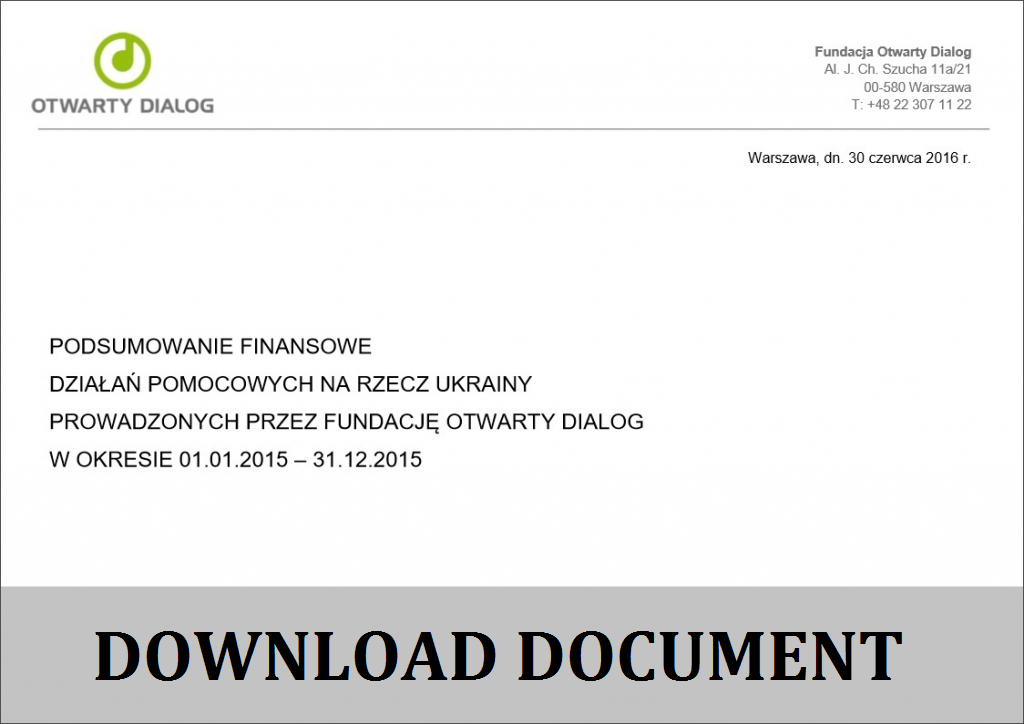 In the financial year, under a permit from the Minister of Administration and Digitization, the Foundation conducted the following public collections for aid purposes:

This report focuses on humanitarian aid and does not contain a detailed presentation of the costs of functioning of the „Ukrainian World” centre. It is also to be noted that a major portion of the funds (PLN 68 630.75) attracted to support it came from donations gathered during Chopin concerts which the Foundation organised upon the initiative of, and in cooperation with the association Stowarzyszenie Mieszkańców Ulicy Smolnej. Under an agreement between us, they were settled by the Foundation, but most of them were then transferred to the Association which incurred the costs of organising the concerts. The remaining funds were used to maintain the centre. The amount declared in the report (PLN 117 023.54) comprises only the Foundations’ direct costs, without the costs incurred by the company Silk Road Biuro Analiz i Informacji Sp. z o.o. which support’s the Foundation’s activities.

It is to be noted that due to the change (liberalisation) of the law, only money gathered in collection boxes (usually by volunteers) rather than donations in the form of bank transfers are considered to be public funds within the meaning of the Act on the Rules for Conducting Public Collections. Information about the accounts of the collections is available in the Ministry’s portal: http://zbiorki.gov.pl/zbiorki/index. The statement presented here, on the other hand, comprises all of the Foundation’s expenditure for humanitarian aid during the period, regardless of the source of the funds or form of donations.

The report does not comprise non-financial gifts from individuals, businesses, organisations and other institutions, which were transferred to Ukraine and the value of which was hard to estimate in most cases. A significant exception in this regard and the biggest action of this type was the humanitarian aid convoy which the Foundation helped to organise working together with the company Solaris Bus & Coach SA and the foundation “Fundacja Zielony Jamnik – na ratunek bezbronnym” which is associated with the latter. Under the project, approx. PLN 100 000 worth of 10 tonnes of aid was provided to for re-settlers (internal refugees) in the area of Sloviansk, in eastern Ukraine. The action was conducted held upon a personal initiative of the co-owner of the Solaris company, Solange Olszewska, with the support of Solaris employees and partners.

Due to a serious suspicion of embezzlement by one of the volunteers of funds to be provided as aid, the Foundation informed the investigation authorities of the suspicion of the commitment of the offence under Article 304 of the Code of Criminal Procedure (Act of 6 June 1997, Dz. U. of 2013, item 1247) on causing a disadvantageous disposal of property, consisting in practice in the failure to provide PLN 19 890.67 worth of equipment which had been purchased. This amount is included in this report in the section “write-offs”. The Foundation is also demanding refund of the embezzled funds under the civil procedure. Proceedings are currently pending.

The results of the activities, including the results of particular collections to collection boxes, as well as confirmations of provision of humanitarian aid were published on an ongoing basis on the websites and social media of the Foundation: www.odfoundation.eu, www.bronezhylety.com, www.facebook.com/opendialogfoundation and of EuroMaidan Warszawa: www.facebook.com/euromajdanwarszawa.

During the period 1-31 January 2015, the humanitarian programme coordinator continued to be Natalia Panchenko, then followed, from February, by Natalia Steć.

The Foundation’s partner in these actions was the “EuroMaidan Warszawa” Foundation.

Bartosz Kramek, President of the Management Board of the Open Dialogue Foundation, Commercial Proxy