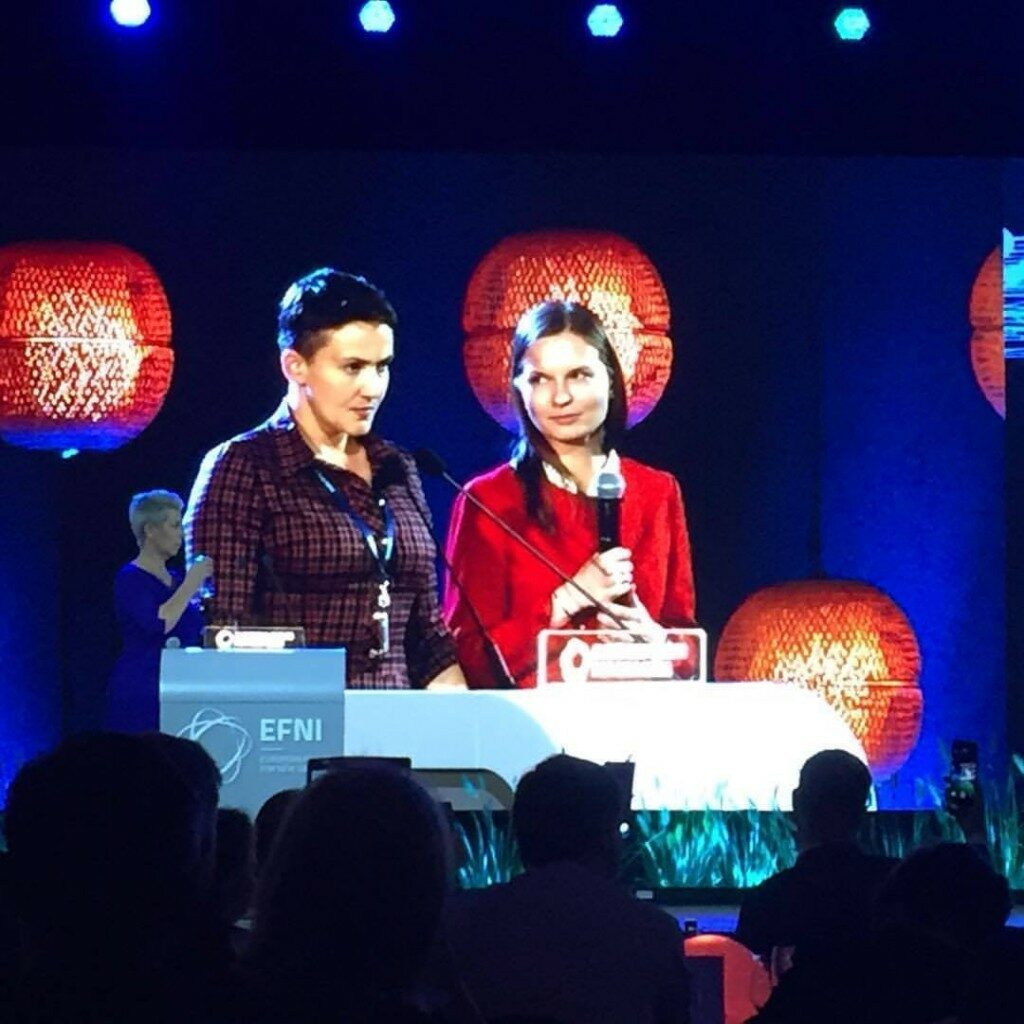 On 28-30.09.2016, the Open Dialog Foundation joined again the European Forum for New Ideas, held since 2011 in Sopot. The discussion on the violation of human rights in contemporary military conflicts was co-organised by the ODF together with the Initiative of UN Secretary General Global Compact Network Poland.

For obvious reasons, we focused primarily on the situation in Ukraine. Nadia Savchenko, who also appeared as the guest of honour at the beginning of the EFNI 2016 Concluding Gala on the 30th September, presented her story and personal experience.

Violations of human rights and humanitarian law on conflict-ridden areas are not infrequent. In some cases, they mean genocide, war crime or crime against humanity. Due to the sovereignty of nations, the possibility for the international community to react is made difficult. The UN General Assembly adopted, in 2005, the concept of Responsibility to Protect, R2P, which is heatedly discussed and which enhances the international community’s position in supporting the states which wish to protect people.

We wish to thank the organisers – Konfederacja Lewiatan, BusinessEurope, Miasto Sopot, all partners and sponsors without whom our participation in the EFNI would not have been possible. We will be back a year from now!