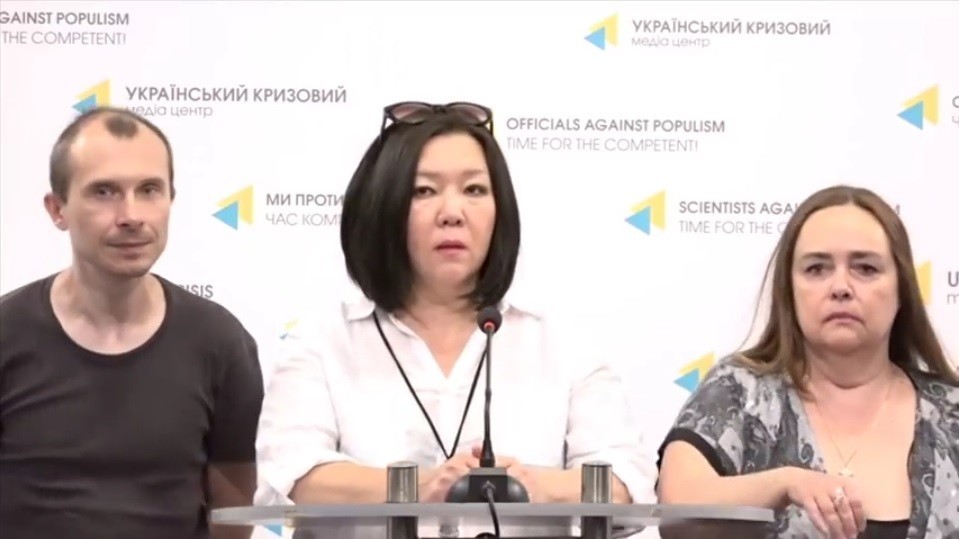 Civil society activists from Kazakhstan and Russia who are seeking political asylum in Ukraine, have faced secret surveillance and threats from unidentified persons. The activists claim that Kazakhstan’s special services are involved in this matter.

On 10 July 2018, a press conference with the participation of civil society activists Zhanara Akhmetova (Kazakhstan), Aleksey Vetrov and Olga Kurnosova (Russia) was held.

During the press conference, the activists reported incidents of shadowing; they also faced pressure and threats from unidentified persons. On 5 July 2018, an attempt was made to kidnap Zhanara Akhmetova. On 9 July 2018, an unidentified person phoned activist Aleksey Vetrov and threatened him with a search and seizure of the equipment from the activists’ office in the case that they don’t voluntarily agree to give the necessary equipment. Also, the activists have reported cases of secret surveillance near their office and Zhanara Akhmetova’s apartment.

The activists addressed the police and the Security Service of Ukraine; still, they don’t believe that law enforcement agencies will be able to find perpetrators. For this reason, they are addressing the Ukrainian and international community for assistance.

The Open Dialog Foundation hereby calls on representatives of Ukrainian civil society, international organisations and institutions (OSCE, the Council of Europe, the European Commission, the European Parliament, UNHCR), as well as representatives of foreign diplomatic missions in Ukraine, to react to the incidents of harassment of political refugees. We hereby call that you issue official statements about the inadmissibility of the harassment of political refugees in Ukraine, and also demand that Ukrainian law enforcement bodies effectively investigate into the incidents of harassment and exertion of pressure.

Zhanara Akhmetova is an opposition activist and journalist from Kazakhstan. Since March 2017, she and her young son have resided in Ukraine. In Kazakhstan, Zhanara Akhmetova may face politically motivated criminal prosecution in retaliation for her opposition activities. In October 2017, an attempt to kidnap her from the territory of Ukraine was carried out. Subsequently, the journalist was arrested based on the extradition request issued by Kazakhstan. In November 2017, the court released her from custody, which was only made possible due to the efforts of human rights organisations, MPs, counsels and the intervention of international community representatives. The Migration Service of Ukraine refused to grant Akhmetova, asylum in Ukraine. The journalist is striving to challenge the decision in court.

Aleksey Vetrov is a civil society activist and political refugee from Russia. Since 2014, Vetrov has undertaken unsuccessful attempts to be granted refugee status in Ukraine. The Migration Service of Ukraine denied the granting of asylum, citing that Russia is a ‘democratic state, governed by the rule of law’, where he won’t be facing any threats. The UNHCR recognised Vetrov as a refugee who needs protection and stated that his forced return to Russia is inadmissible.