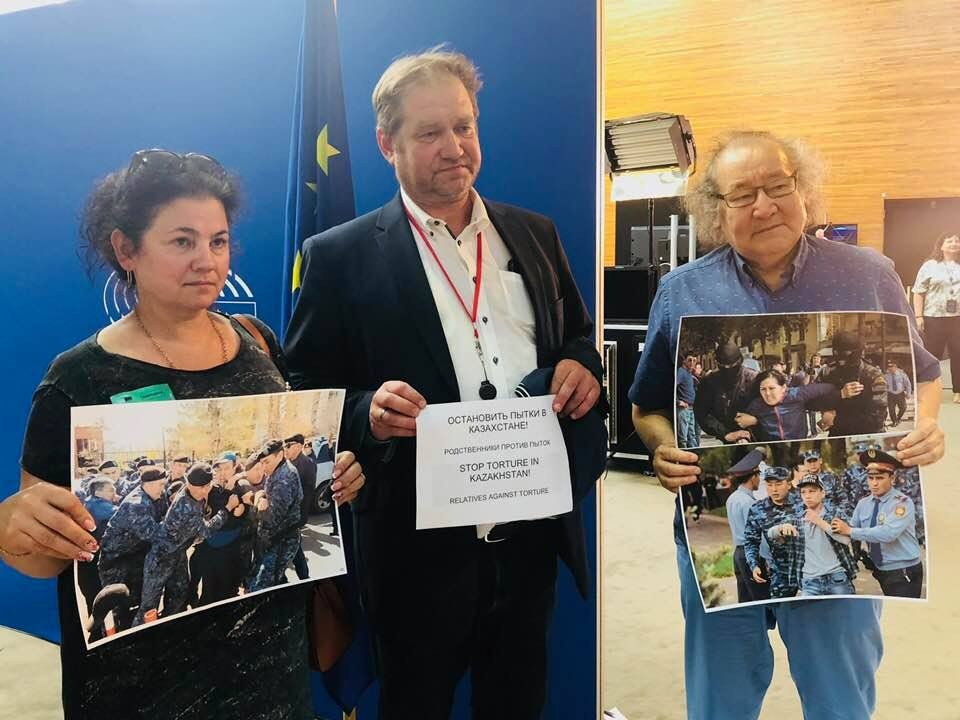 On 20 July, 2018, in Pavlodar, three police officers detained the well-known human rights activist Elena Semenova at her home. She managed to write an SMS to her colleagues saying: “I’m being taken to the Department of Internal Affairs. They came for me”. It soon became known that the authorities of Kazakhstan filed a criminal case against Semenova for her speeches in the European Parliament.

Elena Semenova is engaged in the protection of persons who are tortured in places of detention in Kazakhstan. In early July 2018, Semenova took part in a number of meetings with the Members of the European Parliament in Strasbourg.

At the meetings, the human rights activist described the facts of mass brutal torture of prisoners in Kazakhstan: beatings, rapes, humiliation, denial of medical assistance and even murders. Prisoners from different regions of the country turn to Semenova with complaints, although such actions may threaten their lives. Elena Semenova seeks to force the law enforcement authorities to investigate the facts of torture and punish the officials responsible for them. However, the Kazakhstani authorities deny these facts and close criminal cases on torture.

It is obvious that the reason for the detention of Semenova was her human rights activities, including her posts in social networks regarding the torture of prisoners. In addition, with high probability, Kazakhstani authorities can accuse her of “extremism”. In March 2018, the Kazakhstani court banned the opposition movement Democratic Choice of Kazakhstan (DCK). After that, more than 400 people were detained and more than 20 were subjected to criminal prosecution. Now, the authorities can regard any human rights activity as an act of “support” of the DCK and subject it to criminal prosecution.

Moreover, in April 2018, the prosecutor of Pavlodar informed Semenova that her actions “bear the signs of participation in the activities of the extremist organisation DCK”. He also handed her an “explanation” of the criminal liability for such actions.

On 20 July, 2018, after a few hours, activists managed to contact Elena Semenova. She said that a criminal case was brought against her in connection with her statements in the European Parliament on the topic of torture in Kazakhstan. She is now being interrogated in the absence of a lawyer and her phone was taken away.

We call upon the Members of the European Parliament and the representatives of other EU bodies, the UN, and the PACE to urgently appeal to the Embassy of Kazakhstan in Belgium and the EU Delegation to Kazakhstan in order to clarify the situation with respect for the rights of Elena Semenova, and to demand that the Kazakhstani authorities release the human rights defender and prevent her criminal prosecution.

All those willing to support our demands are kindly requested to address the following persons and institutions: