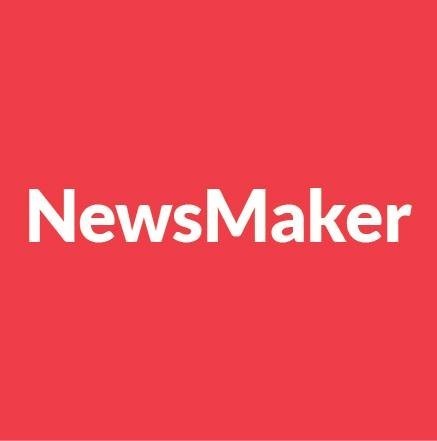 The Democratic Party media reported on the deportation from the EU of the ‘PAS and DA lobbyist’ for her ‘links with the special services of the Russian Federation’. What’s awkward here?

Some Moldovan media, considered as close to the Democratic Party, reported the deportation from Poland of the head of the Open Dialog Foundation, a civil society activist from Ukraine Lyudmyla Kozlovska. These media claim that Kozlovska was deported from the EU ‘for her links with Russian special services’, and also write about her close relationship with the leaders of the Moldovan opposition. Kozlovska herself stated that the deportation was the result of an appeal by the Polish authorities and retaliation for the political activities of the activist and her husband – the Polish oppositionist.

All the news, written almost identically, reporting the deportation from the EU of Lyudmyla Kozlovska, appeared immediately on several sites that are considered to be controlled or loyal to the ruling Democratic Party (see:  1, 2, 3, 4, 5, 6, 7, 8, 9, 10). Each publication alleges that Kozlovska is a ‘lobbyist for the parties of the PAS and DA Platform’, and that she was ‘deported from the EU for liaising with Russian special services’.

The thesis that Kozlovska was deported for ‘close links with the Russian special services’ is based by the authors of the publications, on the allegations of unnamed ‘experts’, references to certain publications in the Polish media and ‘The report of the European Parliament’, which, in fact, is an article of the Polish blogger Marcin Rey, who is in conflict with the Open Dialog Foundation.

TV channel Publika TV devoted a separate programme to this topic. Invited experts spoke about Moscow’s preparations to seize power in Moldova with the help of the right-wing opposition and representatives of the civil society associated with Russian special services and acting ‘under the guise of democratic values’.

Commenting on the incident, Kozlovska stated that the reason for her deportation was the fact that the Polish government put her name on the Schengen Information System (SIS) list with a demand that her entry to the EU be banned. ‘Such a list includes especially dangerous criminals. Apparently, that’s how dissent is now perceived in Poland, she wrote on Facebook. The activist assesses the request of the Polish authorities as a ‘step of powerlessness after many attempts to intimidate /exert pressure on our family and the Open Dialog Foundation step of impotence after many attempts of intimidating/exerting pressure’ on her family members and the Open Dialog Foundation’.

She stressed that the Polish government hadn’t explained the reasons for including her in the list and did not inform her of the decision. Kozlovska notes that she had been expecting this development since July 2017, when her husband – Polish citizen Bartosz Kramek – publicly opposed the policies of the current authorities in Poland. ‘But still, I would like to hope that Poland would not descend to the level of Kazakhstan/Russia/Moldova where dissidents’ relatives/family members are subjected to persecution’, she added.

Kozlovska, who had been living in Poland for the last ten years, intends to file an appeal against the decision in order to bring an end to the practice of politically motivated prosecution of foreigners through SIS. The actions of the Polish authorities, as she stated, are also a challenge for the European Union: ‘The EU did not anticipate politically motivated persecution through SIS’.

Subsequently, in an interview for the Ukrainian edition ‘Gordon’, Kozlovska stated that the Polish authorities argued their actions with ‘a threat to the national security of Poland’. And this is not the first step of the Polish authorities against opposition activists: ‘First, they wanted to revoke the Open Dialog Foundation’s accreditation, discredit it, and, eventually, they decided to break up the organisation by locking me out. One thing is clear: this is a political decision. Now, the propagandists of Moldova, Kazakhstan and Russia, where we also carried out our activities, are simply overjoyed’, Kozlovska summed up.