Search
The Open Dialogue FoundationExternal SourcesHelsinki Foundation for Human Rights: Detention of the ODF President has been illegal

On 20 August, 2018 i.e. 6 days after Lyudmyla Kozlovska was detained and expelled from the European Union, Helsinki Foundation for Human Rights expressed its opinion on the matter by publishing the following statement on its website: “In view of the Helsinki Foundation for Human Rights, relevant provisions of the Polish law governing the detention and removal of Lyumyla Kozlovska are incompatible with the EU law and standards set forth by the Council of Europe”.

Let us remind that on 14 August, 2018, ODF President was detained at the airport in Brussels, and subsequently deported to Kyiv, as a consequence of the entry of an alert on her person into the second-generation Schengen Information System ІІ (SIS ІІ) which was intended to refuse her entry or stay in the territory of the European Union. Her name was entered into the SIS based on an opinion issued by the Internal Security Agency.

According to the HFHR, neither detention, nor deportation of Lyudmyla Kozlovska should have taken place. “The HFHR monitors problems related to the use of SIS II. The provisions of the Foreigners Act stipulate when a foreigner’s data is entered and stored in the national register of undesirable foreigners and when such data is transferred to SIS II.An alert in the national list of undesirable foreigners is a technical measure and does not take the form of an administrative decision. Moreover, an alert is not always preceded by an administrative decision, which means that there is no possibility to appeal against the alert by lodging a complaint with an administrative court.

In the HFHR’s view, the relevant provisions of national law are incompatible with EU law. In fact, it follows from the examination of SIS II Regulation that the issuance of an alert on a national list resulting in an SIS II alert should always be based on a separate decision and not only on a technical measure, as the EU Regulation does not provide for such a possibility” – this quotation may be viewed at the Foundation’s website.

Full statement can be read here 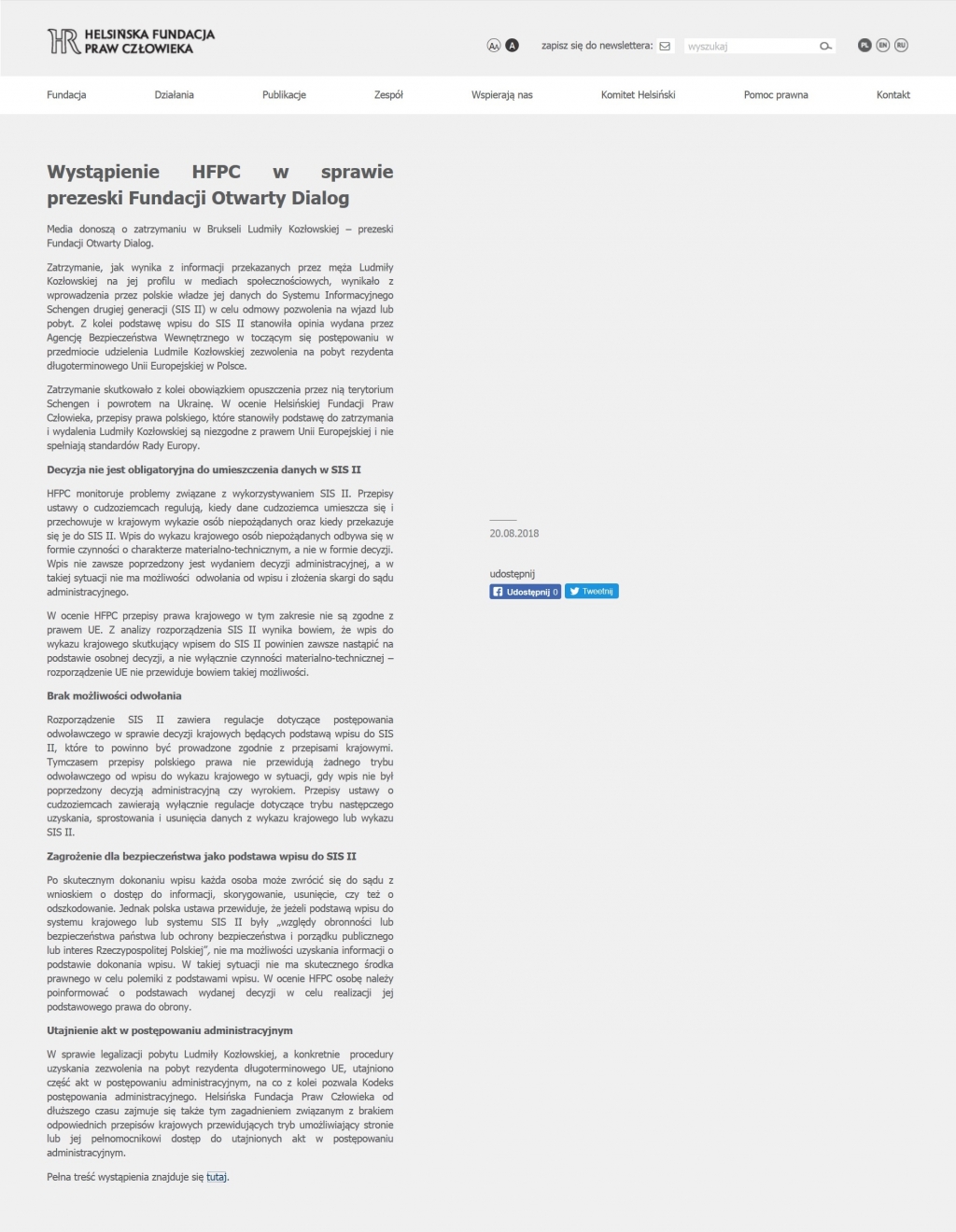