Search
The Open Dialogue FoundationMedia about usKramek in the @Tłit_WP studio: My wife was not surprised by the deportation

On 23 August, Bartosz Kramek, Head of the Foundation Board, was a guest of Marek Kacprzak, a journalist of Wirtualna Polska, in the @Tłit_WP audition. During the interview, he commented on the expulsion of Lyudmyla Kozlovska, President of the ODF, from the territory of the European Union.

“My wife was not completely surprised, because such a scenario had already been discussed by officers of the ruling party and right-wing publicists.” – said Bartosz Kramek. When asked about specific names, he mentioned, among others, Minister Kamiński, Minister Macierewicz, and Deputy Minister of Internal Affairs and Administration Zieliński. “Right-wing columnist Janecki clearly stated that my wife must be deported and included in the list of undesirable persons. Mr Pięta once said quite bluntly to my wife on Twitter that we should move out of Poland” – recalls Kramek.

Moreover, the Head of the Foundation Board mentions that three weeks before Lyudmyla Kozlovska was listed in the SIS, she received a “mysterious letter” from the Mazovian Voivodeship Office, which stated that her residence case file was declared secret. “Lyudmyla is currently trying to extend her stay in Poland and the European Union. Interestingly, a decision on this matter has not yet been made. The letter indicated that the file was strictly confidential and could not be accessed, because its disclosure would cause serious damage to the Republic of Poland” – said Kramek. 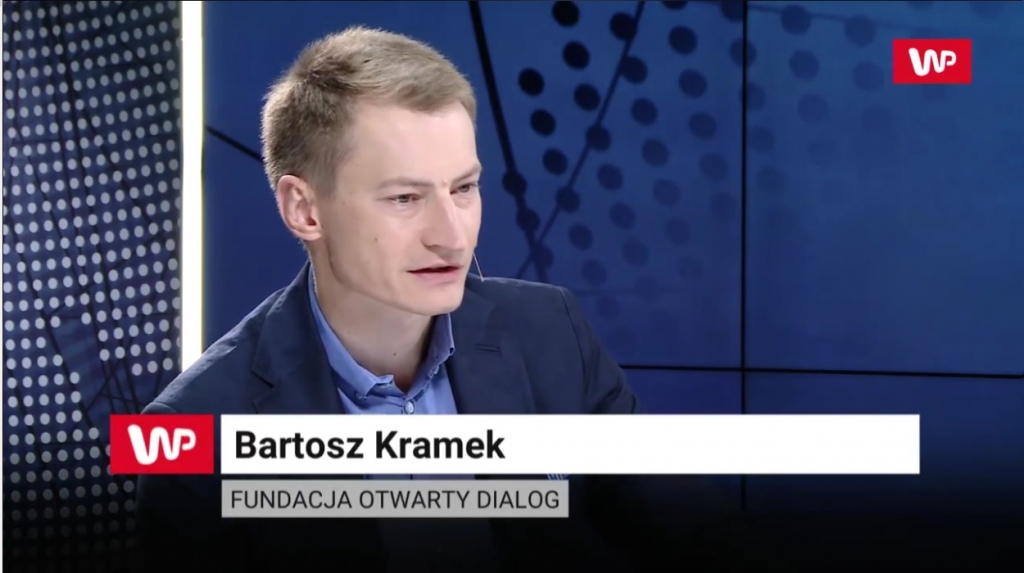 Other media coverage of the deportation of Lyudmyla Kozlovska: