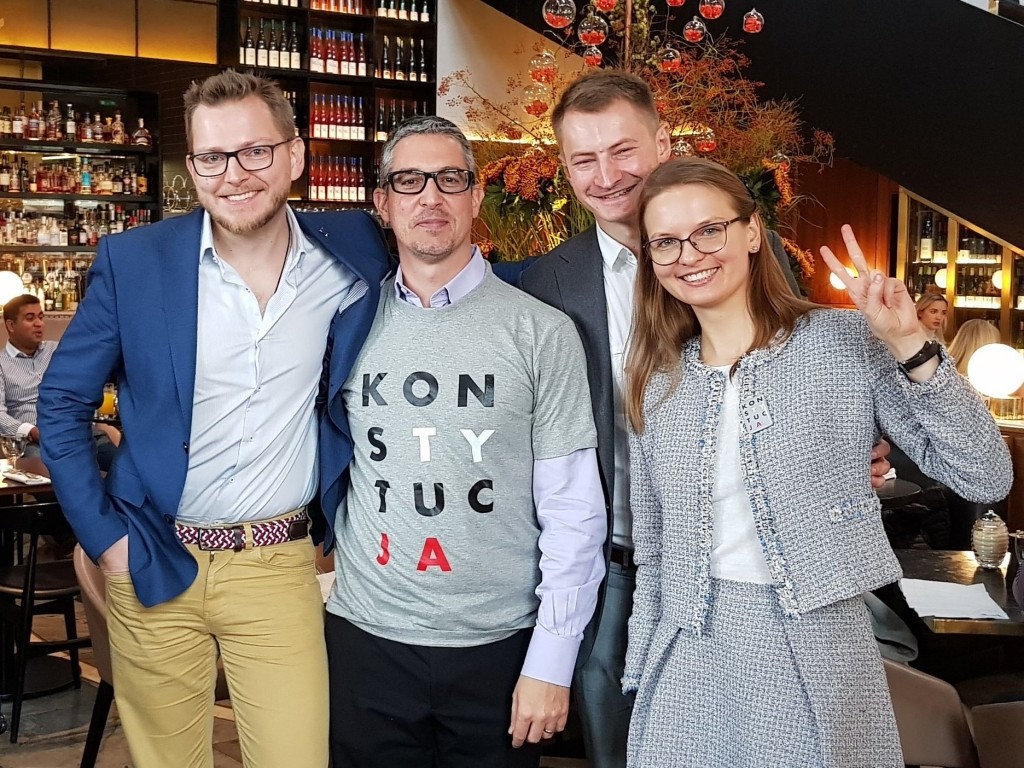 ODF representatives made a 3-day visit to London

A delegation of the Open Dialogue Foundation composed of its President Lyudmyla Kozlovska, Head of the Foundation Board Bartosz Kramek and its Public Affairs Director Marcin Mycielski have just returned to Brussels after a three-day visit to London where they were invited and hosted by the pro-democratic non-governmental organisation KOD UK.

How to protect the foundations of the rule of law and democracy in European countries such as Poland or Hungary, against continued implementation of authoritarian standards of post-Soviet states? How to protect the independence of judges, advocates and their relatives, political prisoners, bloggers, participants of peaceful protests in countries of the former USSR?

Why are personal sanctions the most effective mechanism today to stop political persecution and tortures and, at the same time, a terrifying prospect for dictators and their circles?

How are the political persecutions of Lyudmyla Kozlovska and the Open Dialogue Foundation in Poland used by Russian, Kazakh and Moldavian secret services?

The ODF representatives were trying to answer these and many other questions during a number of meetings with experts, journalists, think-tanks and potential partners in actions for human rights.

The Foundation members were hosted, amongst others, by:

All hosts showed huge interest in and support for the Foundations’ activities. We will be providing ongoing information about the progress in implementing the joint ideas and the next steps in the mutual cooperation. In the meantime, Lyudmyla Kozlovska, immediately after the end of the meetings in the UK, went directly to Strasbourg where she gave a speech before the Council of Europe on the persecutions of human rights defenders.