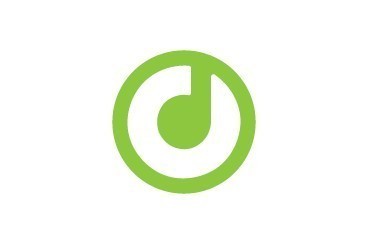 On 9 October 2018, over 150 Kazakhstani representatives of human rights organisations and Kazakhstani citizens signed an open letter to Ambassador Thomas Greminger, General Secretary of the OSCE, in view of his visit to Astana to mark the 20th anniversary of the opening of the OSCE office in Kazakhstan.

Providing numerous examples of politically motivated prosecutions in Kazakhstan, they appealed to the Ambassador to increase the OSCE’s role in monitoring violations of human rights and stepping up actions in their defence. They underlined the importance of working with the Kazakhstani authorities to resolve the issue of “restoring the mandate of the OSCE Centre in Astana”. Kazakhstani citizens highlighted that they rely greatly on international organisations, like the OSCE, in order to: help defend the freedom of assembly and freedom of speech; stop political prosecution of the opposition, activists and journalists; monitor politically motivated court hearings and trials to ensure justice; and end the inhuman treatment of prisoners and detainees.

Please read the full letter below.

In view of your upcoming visit to Astana to participate in events related to the 20th anniversary of the opening of the OSCE office in Kazakhstan, which will be held on 11 October 2018, we kindly ask you to raise concerns about the following violations of human rights and freedoms in Kazakhstan: freedom of speech, cases of persecution of journalists and bloggers as well as continuous violations of freedom of assembly and the right to peaceful protest.  We hereby urge OSCE to become more involved in improving the human rights situation and especially focus on observation of the court hearings on the politically motivated cases in our country. We call on the OSCE to more persistently and effectively assist Kazakhstan in fulfilling its international obligations within the framework of the organisation in the field developing democracy and ensuring the rule of law and human rights.

In particular, we would like to draw your attention to the following cases. In 2016, peaceful protests against amendments to the Land Code led to the detention of about 1,000 people (including 55 journalists), among whom 30 protesters were arrested. On 10 May 2018, police used excessive brute force during a peaceful protest, the participants of which wanted to draw the attention of the delegation of the European Parliament to the problems of torture of detainees and prisoners. Of the 150 detainees, approx. 40 protesters were brought to administrative responsibility.  Between 17-18 September 2018, in Astana and Almaty, the police detained several civil society representatives who wanted to meet with the Members of the European Parliament.

Human rights defenders and activists, such as Elena Semenova, are being persecuted even for bringing the complaints to the attention of the MEPs in the premises of the European Parliament. Ms Semenova’s right to movement was restricted, and on 8 October 2018, she was unable to leave Kazakhstan to take part in PACE meetings. Dissident and poet Aron Atabek (Edigeev) has been imprisoned for more than 11 years. Moreover, in violation of the court verdict, under the special secret order of the Penitentiary System Committee of the Ministry of Internal Affairs of the Republic of Kazakhstan, he is kept in a detention facility, virtually in conditions of complete isolation.

Any liaison with the peaceful opposition movement Democratic Choice of Kazakhstan, which, in our opinion, is unreasonably being recognised as extremist by the court, is stopped by pressure, threats and prosecution — including criminal, which in some cases ends with long-term imprisonment. Below you will find only a number of examples of victims of such political persecution: Muratbek Tungishbayev, Ablovas Dzhumayev and his wife Aygul Akberdiyeva, Bakiza Khalelova, Aset Abishev, Almat Zhumagulov, Kenzhebek Abishev and others.

Despite the release of several political prisoners, prosecution of new activists and bloggers for political reasons does not stop and the number of such cases remains high. Kazakhstani human rights defenders have compiled a list of more than 50 cases of persecution without imprisonment and 18 cases of detention on the basis of political charges.

The OSCE should pay attention to the most urgent cases and appeal to the leadership of Kazakhstan demanding the immediate release of political prisoners Maks Bokayev, Iskander Yerimbetov and Mukhtar Dzhakishev — in accordance with the decision of the UN Human Rights Committee and the statements of the UN Working Group on Arbitrary Detention and the UN Special Rapporteur on Torture.

We appeal to you with the request to resolve with the Kazakhstani authorities the issue of restoring the mandate of the OSCE Centre in Astana and strengthen its role in monitoring violations of human rights and freedoms in Kazakhstan and informing the international community about them — in accordance with the provisions of the Document of the Moscow Meeting of the Conference on the Human Dimension of the OSCE of 1991, addressing the extraterritorial nature of human rights, that is recognising that they are not an internal affair of an OSCE participating state. It is very important for us that the OSCE Office in Astana participate in the monitoring of trials in politically motivated cases for the sake of international monitoring and ensuring the defendants’ right to a fair trial.

The OSCE should urge the Kazakhstani authorities to amend the Criminal Code and remove ambiguous definitions, such as: ‘defamation’, ‘incitement of social hatred‘, ‘dissemination of knowingly false information’, ‘interference in the activities of state bodies’, ‘violation of the order of organising rallies’, ‘promoting illegal gatherings’ that serve as a pretext for politically motivated imprisonment and prosecution of journalists, bloggers, human rights defenders, trade unions leaders and civil society activists.

The OSCE should condemn and demand to stop the use of punitive psychiatry and systematic use of torture against prisoners and suspects in Kazakhstan.

and more than 150 other signatories