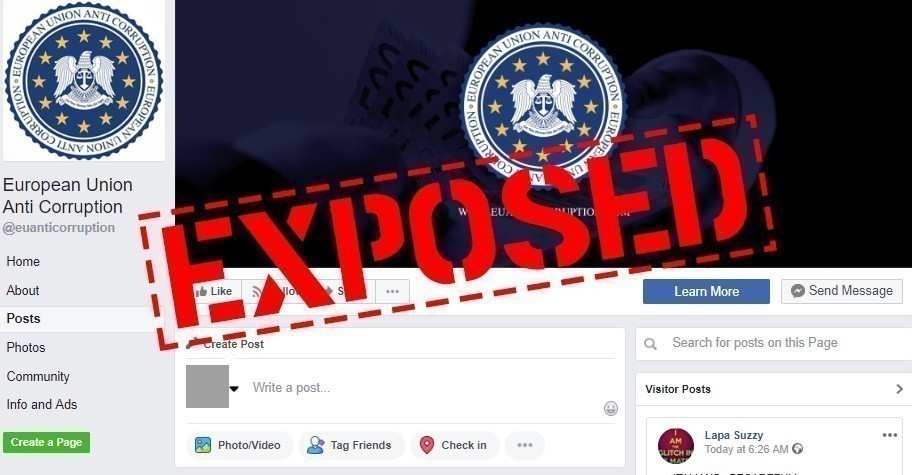 ODF has recently learned of a group or individual impersonating an EU body or pro-European civic group under the name “European Union Anti Corruption”, which seems to be running a paid, targeted smear campaign against the Foundation.

We have been notified by several contacts in Brussels EU institutions about paid advertisements appearing to them on Facebook with obviously fake claims related to our Foundation (e.g. that we want to “bring down an EU government”, “hold a licence to supply weapons” or “supply military materiel to Russian-controlled Eastern Ukraine” – image 1). A quick check confirms that these posts are indeed promoted content (i.e. paid) and targeted at Belgium (image 2). This by itself would be highly suspicious for an independent, nonpartisan civic group with no stated funding. 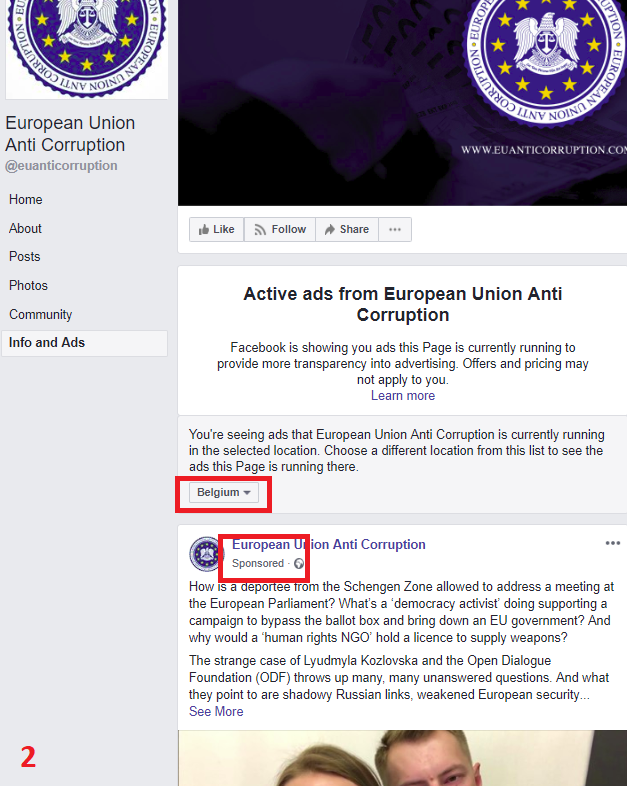 But a further check reveals the following: 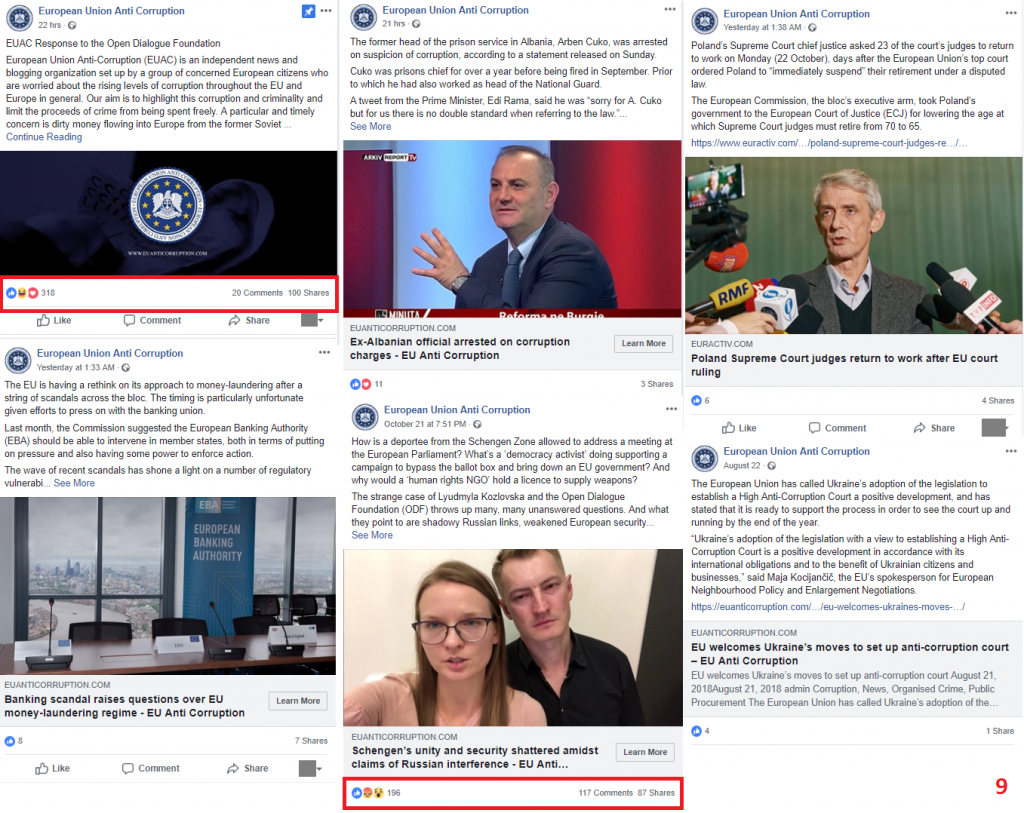 The above facts lead to the obvious conclusion that the whole operation is fake, likely what is called a “black PR” (or “flush tank”) – a website or media outlet offering a paid service of defamation of a target person or organisation. Just in Ukraine there have been two exposed “flush tanks” with similar names: “AntiKor” and “StopKor” (short for “Anti Corruption” and “Stop Corruption” respectively).

We therefore strongly warn against following, sharing or interacting with any Facebook page, Twitter profile or website associated with this group or person. All evidence points to it being a propaganda/disinformation tool acting in the interest of the Kremlin and its allies.

We also urge everyone to report the Fb page (three dots next to “Share” -> Report -> It’s a scam -> This page is fake) and Twitter profile (three dots next to “Follow” -> Report @eu_anti_corrupt -> It’s suspicious or spam, and then, if you like, second time choosing “Their tweets are abusive or harmful” -> Engaging in targeted harassment -> Someone else, and tick tweets harassing ODF).