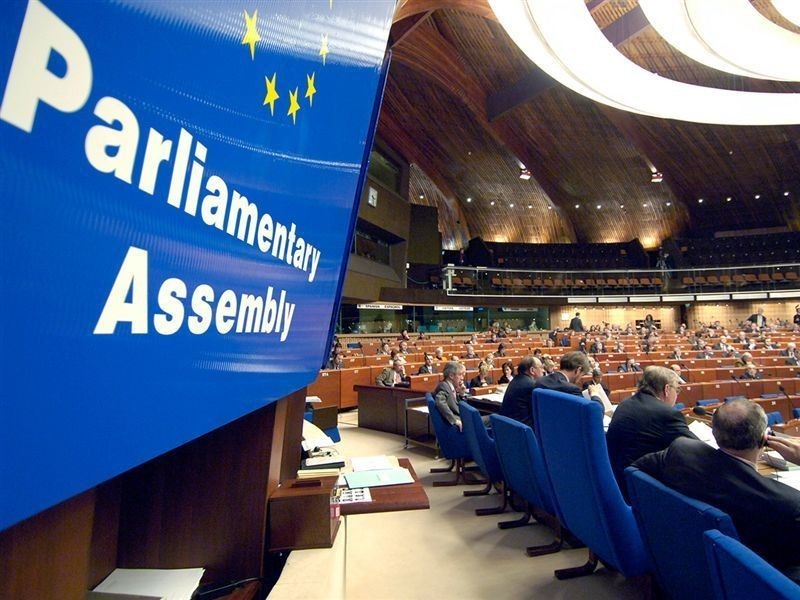 #SaveCouncilOfEurope campaign success. Sanctions on Russia to be maintained

The sanctions imposed on the Russian Federation by the Parliamentary Assembly of the Council of Europe (PACE) will not be lifted. On October 9, a draft resolution that aimed to create conditions conducive to Russia’s return to this institution was rejected. This is the result of the #SaveCouncilEurope campaign, in which politicians, intellectuals and NGOs from all over Europe took part, including the Open Dialogue Foundation.

The campaign included, among others, an open letter calling for the “rescue of the Council of Europe” in which the signatories — MEPs, politicians, activists (including the ODF) and intellectuals from across Europe — argued that if the current rules on sanctions were amended, it would be virtually impossible­­­ to impose sanctions­ on any Member State in the future. In addition, as part of the #SaveCouncilEurope campaign, via social media, Internet users asked the delegates to the Assembly from their countries to vote against lifting the PACE sanctions against Russia. The shocking pictures of the Ukrainian director Oleg Sentsov dying in the Russian gulag and photographs of the burning wreck of a Malaysian aircraft with the caption “PACE is a step away from lifting sanctions against Russia” circulated on the Internet. 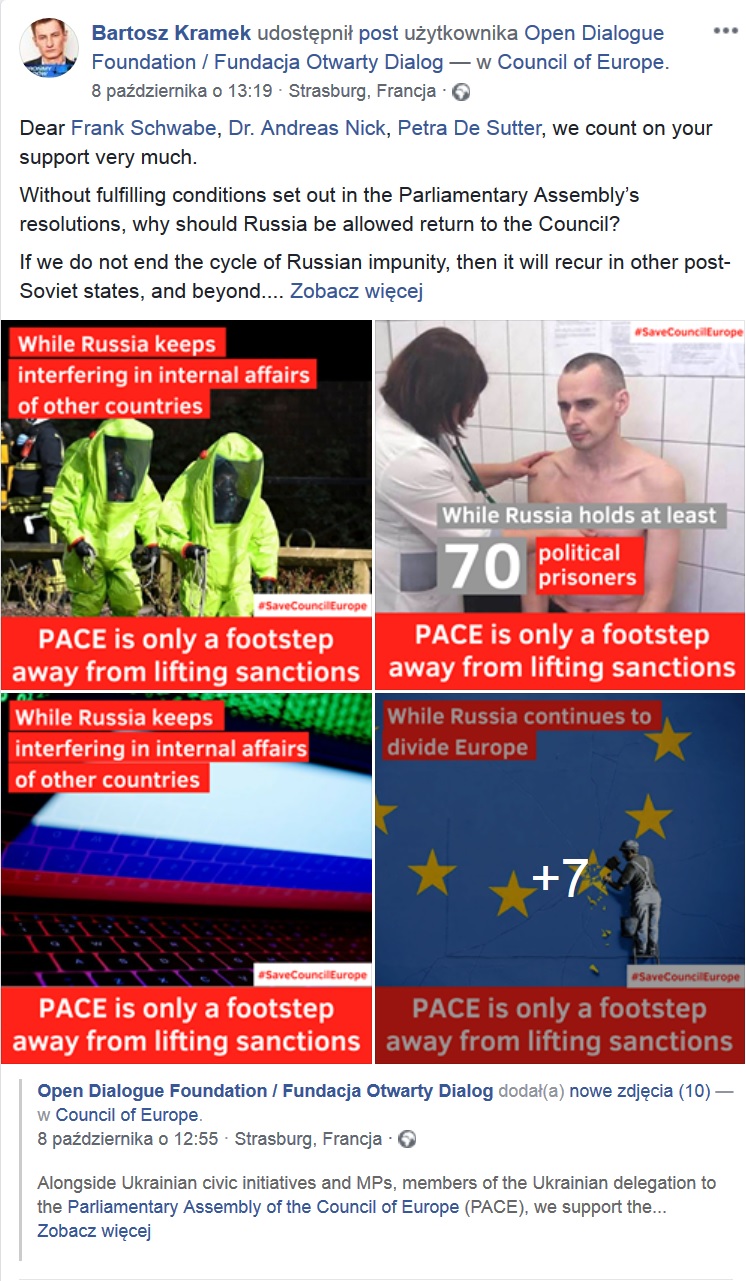 The President of the Open Dialogue Foundation, Lyudmyla Kozlovska, raised this issue on 8 October at the side-event to the Parliamentary Assembly of the Council of Europe, recalling several significant facts:
— “Russia divides Europe, interferes in the internal affairs of other countries by disinformation, cyberattacks and the use of chemical weapons on their territories;
— Russia ignores the implementation of six resolutions about the war it started against Ukraine;
— Russia is occupying and militarising Crimea;
— Russia continues to violate human rights, being accountable for war crimes in Donbas;
— Russia continues its persecution of Crimean Tatars;
— Russia is holding at least 70 Ukrainian political prisoners and at least 100 prisoners in occupied Donbas while PACE is only a step away from lifting its sanctions. We must not allow it,” said Lyudmyla Kozlovska in her appeal.

To recap: after the Russian annexation of Ukraine’s Crimea in 2014, Russia was deprived of the right to vote in the Parliamentary Assembly of the Council of Europe. Since then, as a sign of protest, the Russian delegation has not participated in the meetings of this body and has suspended the payment of its contributions to the Council of Europe. However, the question of allowing the representatives of Russia (a country that violates international law) into the ranks of the PACE is raised from time to time.

In 2015, the President of the Open Dialogue Foundation, Lyudmyla Kozlovska, together with attorney Mark Feygin, appealed for the exclusion of the Russian delegation from the Council of Europe and the imposition of further sanctions in connection with the illegal imprisonment of the Ukrainian pilot Nadia Savchenko on Russian territory. “Russia is using its mandate in PACE to avoid accountability and sanctions imposed by the European Union, the United States and Canada on its delegates and, at the same time, to convince everyone that the EU supports its activities in eastern Ukraine,” the President of the ODF argued during the January meeting of the Assembly in Strasbourg:

After the success of the last campaign, the Ambassador of Ukraine to the Council of Europe, Dmytro Kuleba, thanked all those involved, including Lyudmyla Kozlovska. Bartosz Kramek, Head of the Open Dialogue Foundation Board, thanking the Ukrainian activists for their joint work, clearly indicated that the victory is temporary and the issue may be included again on the agenda of the plenary session of the Parliamentary Assembly of the Council of Europe in January next year.