On 21 November 2018, at the 87th session of the General Assembly of INTERPOL, a new INTERPOL president will be elected. According to the report of reputable mass media, the representative of the Russian Federation, Major General of Police, Vice-President of INTERPOL Oleksandr Prokopchuk has the greatest chances to be elected for this post. 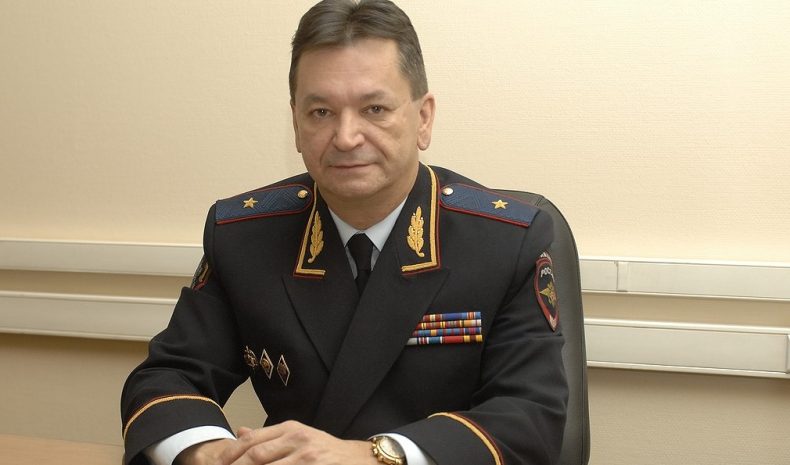 In accordance with the INTERPOL Constitution, the President of the organisation must:

a) chair the meetings of the Assembly and the Executive Committee and manage the discussions;

(b) ensure that the activities of the Organisation are carried out in line with the decisions of the General Assembly and the Executive Committee;

(c) maintain, to the greatest possible extent, direct and permanent contacts with the General Secretary of the Organisation.

Thus, the General Secretariat of INTERPOL and other bodies will only be required to implement strategic decisions taken under the leadership of the President of the Organisation. The strategy of the organisation’s work will be formed and determined by the representative of the aggressor country, whose authorities:

– through propaganda and with the use of intelligence services, interfere with the internal policies of democratic states;

– is guilty of crimes against humanity in relation to the Chechen people and is currently carrying out systematic crimes against the Crimean Tatar people;

– violate the basic principles of human rights and fundamental freedoms, persecute people for their convictions, fabricate numerous criminal cases against political opponents, opposition leaders, journalists, human rights defenders, and ordinary businessmen for the purpose of expropriating their property for the benefit of the oligarchic clans close to the authorities of Russia;

– actively provide financial and other support to the dictatorial authoritarian regimes of North Korea, Syria, Venezuela, and Iran;

– in violation of all international treaties and conventions, purposefully and methodically declare the possibility of a nuclear war and are actively preparing for it.

Currently, Russia and its allies, namely: Kazakhstan, Tajikistan, Turkmenistan, Kyrgyzstan, Azerbaijan, as well as Venezuela and Iran, are leaders in misusing INTERPOL mechanisms, including Red Notice and Diffusion requests for the purpose of politically motivated prosecution and national, religious, social and gender-related persecution. Thus, in spite of an active work aimed at preventing such misuse, it can be asserted with confidence that the database of the organisation includes several thousand people that follow authoritarian regimes, including the Russian Federation, in violation of Art. 3 of the INTERPOL Constitution. These are residents of the occupied Crimea and other regions of Ukraine, natives of Chechnya and other republics of the North Caucasus, human rights activists, opposition politicians and businessmen. 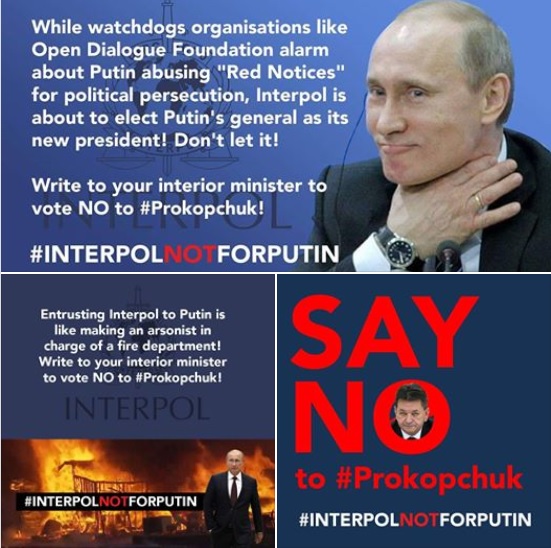 In addition, the INTERPOL list contains the names of many people who have been granted refugee status in relation to the state that is pursuing them. Frequently, these individuals remain on the INTERPOL list even after a refusal to extradite them has been issued. Due to this fact, they cannot cross the border or get a job. For over five years, human rights organisations, representatives of PACE, the European Parliament, the European Commission have been working on this problem. Due to the efforts of the international community, in November 2016, INTERPOL began the reform process. In particular, the Organisation has begun to apply (for the time being, inconsistently) the policy of protecting persons with refugee status. The procedures applied by the Commission for the Control of INTERPOL’s Files have become more transparent.

Over the past two years, INTERPOL has taken important steps to combat misuse of its mechanisms, and it is important to continue these reforms, improving the legislation of the Organisation. However, the Organisation is now facing the curtailing of previous positive initiatives. Instead of imposing restrictions on violating states (provided for by the INTERPOL legislation), now INTERPOL can be headed by a representative of Russia – one of the most principled violators of the Organisation’s rules.

If a representative of the Russian Federation is elected to the leading position in the organisation, the number of politically motivated prosecutions with the use of the INTERPOL mechanisms will only increase, as it is highly likely that the authorities of the Russian Federation would apply methods of blocking complaints regarding unlawful registration of the criminal record of prosecuted persons whose names have been included in the database of the organisation.

Even today, it can be argued that INTERPOL actually supports of the crimes against humanity in relation to the Chechen people exercised by the Russian authorities; it is due to the fact that the number of representatives of a small Chechen ethnic group in the organisation’s database is significantly greater than representatives of any other nations. Moreover, for this ethnic group, the organisation’s website provides special labels that indicate the ethnic origin of the prosecuted person.

The possibility that Russia would reissue requests for the pursuit of individuals who had been previously removed from the INTERPOL database due to violation of the organisation’s Constitution cannot be ignored. Thus, these individuals may be subjected to unlawful prosecution again.

In addition to the fact that INTERPOL can turn into an organisation that deals with the persecution of dissenters under the orders of dictatorial, authoritarian and totalitarian regimes, there is a direct threat that the organisation would be criminalised and its mechanisms could be used by international criminal structures. Thus, today, it is a well known fact that the leaders of the majority of Russian organised criminal groups (the so-called “Orekhovsky”, “Podolsky”, “Solntsevsky”, etc.) have become state figures, have been awarded state awards and granted the status of advisers or consultants in the Ministry of Internal Affairs of the Russian Federation. Authorities of a number of countries, including the United States and Spain, accuse Russian politicians and businessmen, close to the authorities, including members of the State Duma of the Russian Federation, of involvement in the international organised crime. It cannot be ruled out that, under the leadership of the representative of the Russian Federation, INTERPOL could shift accents and close their eyes to Russian criminal groups due to their affiliation with the authorities. Also, it cannot be ruled out that, with the consent and approval of the organisation’s leadership, representatives of the criminal world could be able to become part of the very organisation and begin to exercise control over its activities.

We must not forget that three SS generals: Reinhard Heydrich (1940-1942), Arthur Nebe (1942-1943), and Ernst Kaltenbrunner (1943-1945) were appointed consecutively to the post of the President of INTERPOL. We remember very well how the story ended.

We hereby call on the delegates of the countries participating in the 87th session of the General Assembly of INTERPOL to prevent the election of a representative of the Russian Federation Oleksandr Prokopchuk to the post of President of INTERPOL and to take all necessary measures to prevent the use of this reputable organisation, in violation of Art. 3 Constitution of INTERPOL, for prosecuting people within the framework of fabricated and politically motivated cases. It is important that the engagement of INTERPOL with Russia and other authoritarian regimes be ceased immediately. If the situation does not change now, it can become a serious challenge to humanity, which will entail a significant number of victims.