Search
The Open Dialogue FoundationMedia about us“INTERPOL and Russia – time for sanctions?” – The Red Notice Law Journal on the ODF’s statement

The Open Dialog Foundation released a statement on May 9 regarding the involvement of Russian officials in the ‘Magnitsky list’ who are also involved in other politically motivated criminal proceedings in Russia – the Red Notice Law Journal informed.

In its statement, Open Dialog addressed the cases of Nadiya Savchenko, a former Ukrainian pilot and politician convicted for the murder of Russian journalists; the protestors of Bolotnaya Square and Manezhnaya Square, prosecuted for being members of opposition movements and organizations; the leaders of Yukos, accused of fraud and tax evasion; and Mukhtar Ablyazov, a opposition politician and businessman accused of embezzling funds. The purpose of the statement is to demonstrate how corruption and oppression in Russia has led to the abuse and exploitation of both its citizens and foreign nationals, and to serve as a call to action to raise awareness and prevent the unjust treatment and prosecution of these individuals. The Open Dialog Foundation says that it aims to identify that corruption in Russia is systemic and in direct violation of human rights laws. 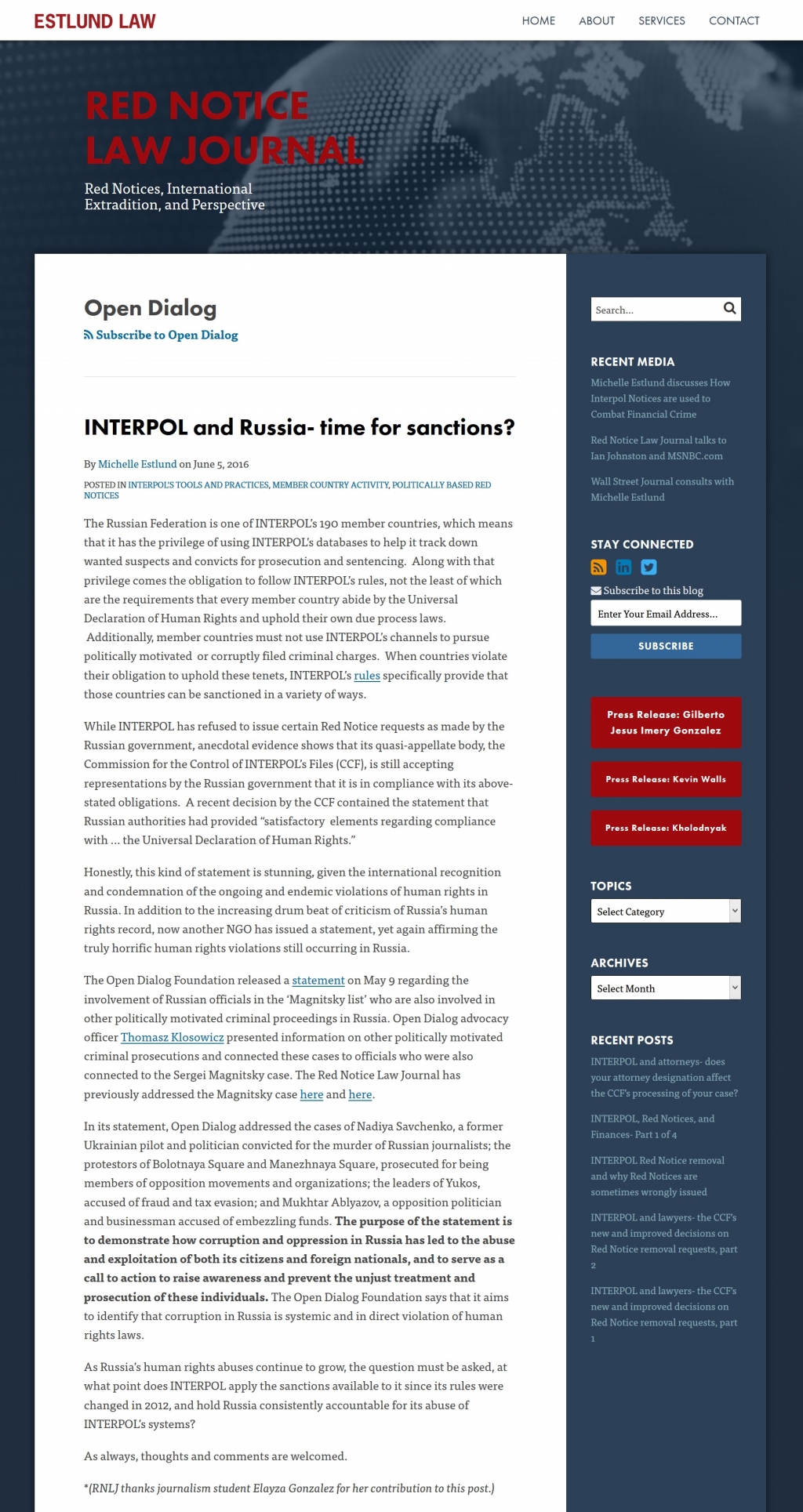