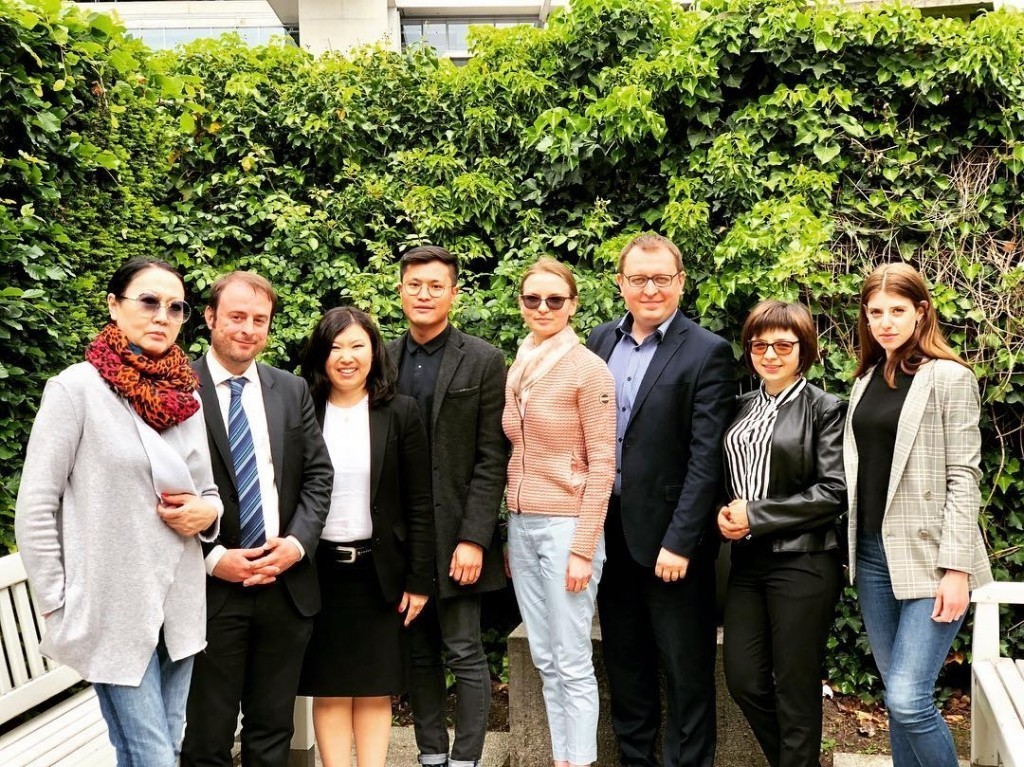 Between 17th and 18th of May representatives of the Open Dialog Foundation held a series of meetings with German politicians in the Bundestag.

It was a very fruitful visit to Germany. We managed to meet with Renata Alt, Margarete Bause, Alexander Kulitz and also with Markus Pieper from the Bundesstiftung zur Aufarbeitung der SED-Diktatur.

During the meetings, we certainly talked about the political situation and the observance of human rights in Ukraine, Poland and other countries of Eastern Europe, but this time the main focus was on Moldova and Kazakhstan, since we are concerned primarily with what is happening in these countries.

We spoke about human rights violations, pressure on independent journalists, political persecution, the torturing of political prisoners and the prosecution of lawyers in Moldova and Kazakhstan.

Asem Tokayeva drew attention to the use of the Kazakh edition of Radio Azattyq as an instrument for propaganda by the Nazarbayev regime.

Grigore Petrenco spoke about the case of Ana Ursachi, and Hayni Yerimbetova talked about the cases of her children Bota Jardemalie and Iskander Yerimbetov and about the way their family is being prosecuted in Kazakhstan.

We also showed MPs photos and reported absurd arrests and harassment of the Democratic Choice of Kazakhstan activists with blue balloons and those who on May 10 in different cities of Kazakhstan protested against torture and in defence of politically persecuted people. This made them immensely attractive.

When they asked how they could help us, we recommend them what were, in our opinion, the two most effective variants:

– raise the issue with the International Monetary Fund on the need for act in concert with the EU and impose conditions that include respect for human rights for financial assistance to states, in particular to Moldova and Kazakhstan,

– as one of the most effective mechanisms, to stop impunity dictators offered to support in the Bundestag Global Law Magnitsky.