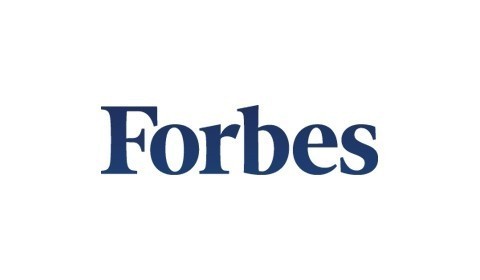 Forbes: The Magnitsky Law Is Taking Over The European Union

As a long-standing promoter and advocate of the Global Magnitsky Act, ODF warmly welcomes the news that, on December 10, 2018, the day marking the 70th anniversary of the Universal Declaration of Human Rights, the EU Ministers of Foreign Affairs voted unanimously in favour of an EU-wide sanctions regime, based on a proposal submitted by the Dutch government.

The proposal will now be developed into legislation.

Read below the full text of the article issued by Forbes:

The Magnitsky Law Is Taking Over The European Union

On November 20, 2018, representatives of all EU member states, joined by their colleagues from the U.S. and Canada, met in the Hague at the EU Global Human Rights Sanction Regime summit to discuss a new EU sanction regime proposal inspired by the example set by the Magnitsky Act.

The Magnitsky Act was enacted by the Obama Administration, authorizing the U.S. Government to sanction human rights offenders. It is named after Sergei Magnitsky, a Russian tax lawyer(sometimes referred to as a tax accountant or auditor). Magnitsky uncovered tax fraud perpetrated on a vast-scale, implicating Russian officials. In 2008 he was imprisoned in Russia and later died in jail as a result of the mistreatment suffered there.

In response to the events that led to Sergei Magnitsky’s death, U.S.financier, Bill Browder, launched a campaign to ensure that the Russian officials involved would face consequences in the form of sanctions. It was Browder’s campaign which resulted in U.S. Congress passing the Magnitsky Act in 2012. Later, it became the Global Magnitsky Human Rights Accountability Act (with extrajudicial scope). On December 20, 2017, Donald Trump signed Executive Order 13818 which allowed the U.S. Government to effectively freeze the property interests of persons involved in serious human rights abuse or corruption.

One of the most recent examples of the U.S. Department of the Treasury’s Office using the so-called “Magnitsky law” are sanctions applied to 17 individuals allegedly involved in the killing of Jamal Khashoggi, announced on November 15, 2018. As a result of this designation, “any property or interests in property of the individuals designated … within or transiting U.S. jurisdiction is blocked.”

While the idea of the Magnitsky Act originated in the U.S., in recent years several other states have followed and introduced their own legislative framework to impose sanctions upon grave human rights abusers, including in Canada, Estonia, Latvia, Lithuania and the United Kingdom.

For such laws to be effective and to have a meaningful impact, it is crucial that more states follow the model and introduce an equivalent of the Magnitsky Act. Furthermore, key international actors, including the EU should get involved.

The EU has the power to impose restrictive measures or sanctions in order to promote international peace and security, prevent conflict, fight terrorism, defend democratic principles and human rights, and prevent the proliferation of weapons of mass destruction. Sanctions can be imposed upon governments of third countries, or non-state entities and individuals. Such sanctions include, “arms embargoes, trade restrictions, such as import and export bans, financial restrictions, restricting movement, such as visa or travel bans.” The EU has imposed such sanctions in the past. Examples include Iran, Burma, Venezuela, and several other states. However, there was a great need for a more effective sanctions regime.

One of the noteworthy proposals for the EU sanction regime was introduced by CDA, D66, European Stability Imitative, and the Norwegian Helsinki Committee. The group prepared an action plan on how to ensure that the Magnitsky Act provides for a meaningful mechanism. Their proposal calls upon the Dutch government to work with other EU member states to establish an independent human rights entry ban commission (the Commission) which would become the center point of the sanction mechanism. The purpose of the Commission would be to identify the most notorious human rights violators and violators whom the EU should consider for admission bans. The Commission would focus on grave human rights violations with a particular emphasis on torture, political imprisonment and extra-judicial killings. The proposal provides a reasonable and practical solution on how the new EU sanction regime could operate. Shifting the duty to identify and investigate human rights violators to the committee, could help to address the lack of political will to consider such cases.

The new EU sanction regime proposal recently discussed in the Hague would have allowed the EU to impose visa bans or to freeze the assets of individuals who commit serious human rights violations and abuses. Among the proposed crimes that would have triggered such sanctions are extrajudicial, arbitrary or summary executions, enforced disappearances, torture and other cruel, inhumane and degrading treatment. The proposed sanction regime is more targeted and would resemble the pre-existing EU terrorist list, namely, “a list of persons, groups and entities involved in terrorist acts and subject to restrictive measures” introduced in December 2001. The Hague meeting concluded without any solid agreement on the path to be taken.

However, on December 10, 2018, on the 70th anniversary of the Universal Declaration of Human Rights (the UDHR), European Ministers of Foreign Affairs unanimously approved the Dutch proposal for the E.U.-wide Magnitsky Act (the EU Global Human Rights Sanctions Regime). The proposal will now be developed into legislation. There is no better way to celebrate the 70th anniversary of the UDHR than with an agreement to take decisive steps against human rights abusers.