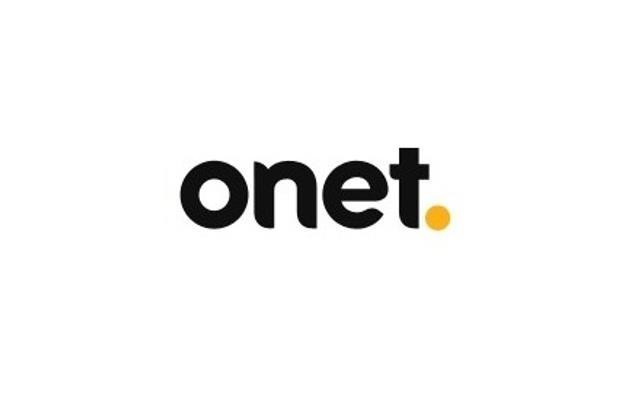 Onet.pl: ‘How eastern regimes used the Polish pro-government media after the deportation of Kozlovska’

Following the expulsion of Lyudmyla Kozlovska, the President of the Open Dialogue Foundation (ODF), from Poland, large pro-government media, from the Polish Radio to ‘Gazeta Polska’, were quoting Kazakhstani, Moldovan and Ukrainian media in their coverages. We checked: they belong to the eastern oligarchs who are in conflict with the foundation, and special services. Consciously or not, the pro-government media played the role of the propaganda mouthpiece of the eastern regimes in this case.

One of the iron rules among journalists dealing with the East is verifying the sources of information they quote. The reason is simple: many of the media beyond our eastern border are controlled by regimes, oligarchs, and special services. Materials from these media are designed to form public opinion in the way that is currently convenient for Eastern politicians or businessmen, and their subordinate services.

The expulsion from the Schengen area of the President of the Open Dialogue Foundation, Lyudmyla Kozlovska, has received broad reverberation in the pro-government press, as well as among pro-government journalists on Twitter. They all cited the media in Kazakhstan, Moldova and Ukraine. Following the dissemination of information by the Eastern media, pro-government journalists wrote about money laundering, Kozlovska’s relations with Russian agents, or the criminal proceedings regarding terrorism and state treason, reportedly carried out in Ukraine.

All pro-government media quoted the same titles; all these titles are controlled by the security services and oligarchs who have particular interests in attacking the Open Dialogue Foundation and Lyudmyla Kozlovska.

The deportation of Lyudmyla Kozlovska was carried out on 14 August 2018. Three days later, the wPolityce.pl portal wrote as follows: “Lyudmyla Kozlovska was expelled from Poland due to her contacts with Russian special services, the Moldovan portal Telegraph.md informed. On the other hand, Total.kz from Kazakhstan reported that she was expelled because of money laundering”. Two days later, the very same message was repeated by the Polish Radio.

In fact, both media copied the reports quoted in the article  “Nie wiemy, nie powiemy, nie ma nas”  [“We don’t know, we won’t say, we don’t exist”] on the Onet portal. The difference is that Onet identifies Telegraph.md and Total.kz as the ‘regime press’, which completely changes the context of the information.

Without informing about the nature of the Moldovan and Kazakhstani online portals (the fact that they are controlled by the regime], the Polish Radio and wPolityce make them credible as reliable sources of information. What are Telegraph.md and Total.kz in reality?

The Moldovan Telegraph.md belongs to oligarch Vladimir Plahotniuc. According to numerous sources, he initial activity concerned pimping and recording sex tapes in order to blackmail people. INTERPOL accuses him of links with one of the most powerful Russian criminal organisations – the Solntsevskaya Mafia. Reportedly, he was also one of the main figures involved in siphoning off one billion dollars from the Central Bank of Moldova. Currently, he is the main player in Moldovan politics, commonly considered to be the person who gathers the greatest power in the country in his hands. He owns the largest mass media in Moldova.

Plahotniuc has been attacking the Open Dialogue Foundation for years and has reasons to do so. The Foundation has warned the public that the government, subordinated to the oligarch, is not carrying out any reforms, and the money from the European Union, allocated for the reforms, is being stolen. As a result of the alarm, raised by the foundation, which has cooperated with the Moldovan opposition and activists, the EU has made further transfers of funds to Moldova subject to specific conditions, which have limited the possibility of misappropriation of the financial means.

Through its contacts in Brussels and diplomatic channels, the Foundation also reported irregularities in Moldova to the International Monetary Fund. As a result, after the results of the elections for the mayor of Chisinau were illegally cancelled, the IMF withheld the transfer of money to Moldova. For Plahotniuc and the company, this means losses amounting to hundreds of millions of euros.

An even more interesting creation is the Kazakhstani online portal Total.kz. The legend of independent journalism in Kazakhstan, Irina Petrushova, who was forced to flee the country after her publications, sent the results of a journalistic investigation to Onet, revealing who is the true mastermind behind the activity of a number of mass media outlets in Kazakhstan.

In her report, Petrushova presents e-mail messages written by a man named Oleg Borisov, identified by the journalist as “a high-ranking official of the National Security Committee of the Republic of Kazakhstan, most probably from the 10th Department, specialising in oppression against political enemies of Kazakhstan”.

In one of his e-mail messages, Borisov described the measures taken to launch a media attack against one of the opponents of President Nursultan Nazarbayev’s regime. Borisov acted as a coordinator of the whole action. The name of the Total.kz portal appears among numerous media outlets involved in the attack. In the messages, Borisov described how opponents were attacked through the portal.

When asked a direct question as to whether Total.kz is controlled by the National Security Committee [of Kazakhstan’s security services – Ed.], Petrushova answers: “The probability is 100 percent”.

Similarly to Moldovan oligarch Plahotniuc, Kazakhstan’s President Nursultan Nazarbayev also has a particular interest in excluding ODF from the game. Nazarbayev has been governing the country for 27 years, while the OSCE has not recognised any elections in Kazakhstan. Almost from the very beginning of its existence, the Foundation has been pointing to drastic violations of human rights by the President’s regime.

When the authorities opened fire on striking oil workers in Zhanaozen in 2011, killing, according to various estimates, between 17 and 70 people, the Foundation managed to block the signing of the Extended Partnership and Cooperation Agreement between the Republic of Kazakhstan and the European Union until the time  when all the arrested workers have been released from prison. This was a painful blow to the regime, as the EU is the largest investor in Kazakhstan, accounting for more than 50% of foreign investment. Nazarbayev was forced to release from prison, all the workers which had been held there.

Pro-government journalists have also been used by the Eastern regimes’ media on Twitter, according to a report by the analytical agency Saper Vedere “Open Dialog. Crisis Report. Methodology and Monitoring”, analysing entries regarding Kozlovska after her deportation.

At the top of the list of the most active authors of posts about Kozlovska is Witold Gadowski, a renowned publicist and vice-president of the Association of Polish Journalists, associated with a number of right-wing media. During the hottest period of the discussion, he published several posts a day.

On 17 August 2018, Gadowski published a link to the programme of the Moldovan television Publika on his profile. The programme presents parts of a pornographic film in which Lyudmyla Kozlovska and Kazakhstani oligarch Mukhtar Ablyazov are allegedly taking part. The Moldovan station found the film on the pornographic website Pornhub.com. Gadowski’s link was made available 273 times, gaining wide range of popularity.

When asked on Twitter about the moral dimension of posting links to sex materials, Gadowski called Publika.md “a good portal”. In fact, Publika.md is the property and propaganda mouthpiece of the aforementioned oligarch Vladimir Plahotniuc. The same oligarch owns the canal3.md TV station, which also used the sex tapes in its programmes.

The Saper Vedere report calculated that the materials of these two Moldovan stations turned out to be the most frequently shared on Polish Twitter in the context of Lyudmyla Kozlovska, being more popular than materials of large Polish media, such as TVP or Onet.

Onet made attempts to get a comment from Witold Gadowski; still, the publicist ignored our questions.

An article on the Niezalezna.pl portal entitled: “Kozłowska >>śpiochem<< zwerbowanym przez FSB? SZOKUJĄCY tekst dziennikarza z Ukrainy” [“Is Kozlovska >>a sleeper<< recruited by the FSB? A SHOCKING article of a journalist from Ukraine” gained unusual popularity. The article is a report from the article “>>Спящие<< агентыКремлявУкраине” [The Kremlin’s ‘sleeping’ agents in Ukraine], published on the Antikor.com.ua website by Andrei Bozhenko.

The author of Antikor.com.ua puts forward the thesis that when Kozlovska lived in Crimea, she was recruited by the Russian security services of the FSB as the so-called “sleeper”, i.e. an inactive secret agent who only starts to act on the signal given from the headquarters. The article was widely quoted by the Polish Radio and Fronda, while in the printed edition of “Gazeta Polska” of 29 August, a separate paragraph was devoted to it by Grzegorz Broński in his article “Lyudmyla Kozlovska. Persona non grata”.

Even at first glance, the article in Antikor.com.ua exposes itself as the so-called ‘compromising material’, i.e. a method, popular in the East, of using uncomfortable or fabricated materials in order to discredit a given person. The author makes no reference to sources, even anonymous ones. Parts of the text are translated verbatim from Marcin Rey’s report on ODF, which is based on Internet sources [the foundation is preparing a lawsuit against Rey – Ed.].

Most importantly, the author publishes a falsified document of the General Prosecutor’s Office of Ukraine, according to which an investigation is reportedly carried out against Kozlovska concerning “allegations of treason, assistance in the activities of a terrorist organisation and financing of terrorism”. In January 2018, the General Prosecutor’s Office of Ukraine officially denied any investigations against Kozlovska, and in September 2018, the Ukrainian Ministry of the Interior confirmed this information.

Onet tried to contact Antikor.com.ua in order to arrange a conversation with Andrei Bozhenko. The editorial team did not agree to such a conversation. Using contacts in the Ukrainian media, we tried to reach Bozhenko through other journalists; still, it transpired that nobody knew such a person.

The article about Kozlovska on the Antikor.com.ua portal is the only publication by Andrei Bozhenko that we managed to find. We asked Antikor.com.ua why it is so. After a while, another article, signed by Bozhenko, appeared on the website. We quickly discovered that the same article can be found on two other online portals, but it is signed by a completely different author.

In Ukraine, Antikor.com.ua has a reputation of a portal which publishes low-quality articles and compromising materials. Onet managed to contact a PR employee of one of the Ukrainian entrepreneurs. This man refused to disclose his personal data in fear of retaliation by the security services, as he suspects them of having links with the portal [his data are at the disposal of the editorial office – Ed.]. He claims to have visited the editorial office of Antikor.com.ua in order to “pull a defamatory article about an entrepreneur who is a friend of his”. The ‘service’ was to cost 2400 dollars.

Onet sent inquiries to Antikor about the alleged fees. Antikor denied. We also asked Antikor about their links with the special services. The editorial staff replied that they couldn’t disclose their contacts unless ordered to do so by a court order.

We addressed the editor-in-chief of the portal, Grzegorz Wierzchołowski, and the secretary of the editorial office Grzegorz Broński with a question as to why Niezalezna.pl published false documents in its article in a situation when eight months earlier, the General Prosecutor’s Office of Ukraine had denied their truthfulness. The editor-in-chief Broński replied: “I will not make any comment in any form for Onet”. Journalist Wierzchołowski stated that scanned copies of the false letter from the prosecutor’s office “were attached as an illustration of Bozhenko’s theses”. Wierzchołowski is yet to answer the question about journalistic reliability which dictates that information should be verified.