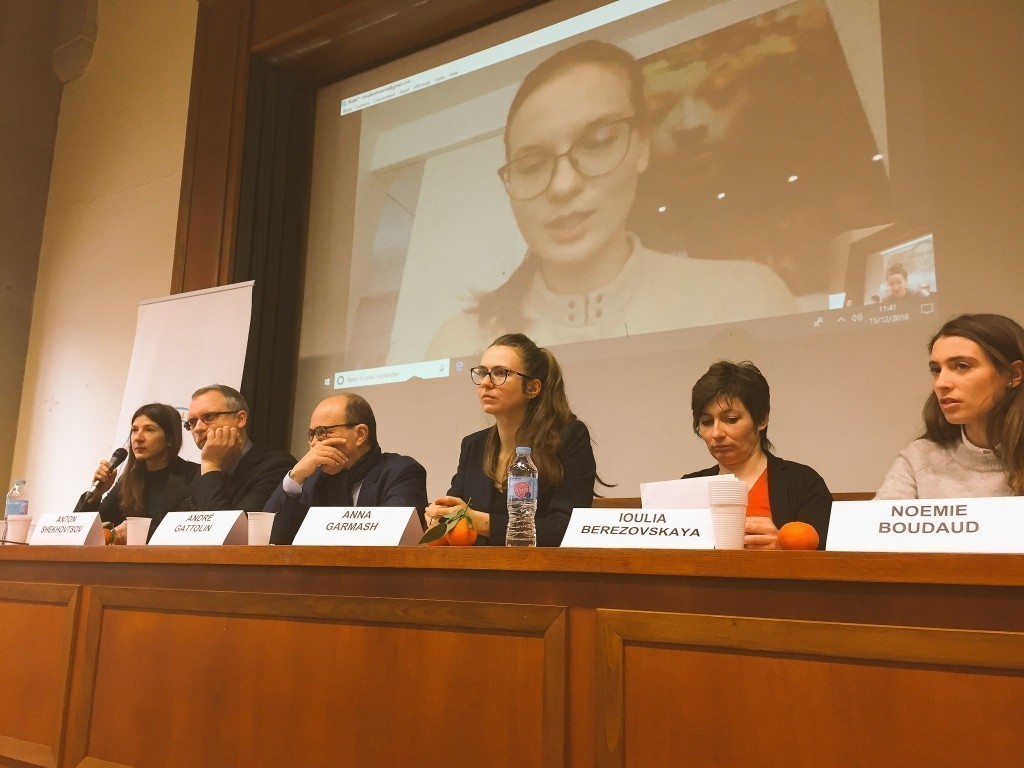 Lyudmyla Kozlovska speaks at events at the Sorbonne in France and in Visegrad, Hungary

Just before the Christmas break, ODF President Lyudmyla Kozlovska took part in two international events. The first one, organised by the ALDE party in Visegrad, Hungary on 1-2 December, focused on the “bright future of liberalism” in Europe. The second, organised by the Sorbonne University in Paris with the Russie-Libertés and Ukraine Action think-tanks on December 15th, dealt with the influence of the Kremlin and its political allies on human rights in Europe.

Due to Lyudmyla’s inability to currently travel outside of Belgium, stemming from the ban imposed on her by the Polish government, she had to participate in the events via teleconference.

Below are a few fragments from the summaries of the events published by their organisers.

From the “Bright future of Liberalism” event in Visegrad:

Katja Damij delivered a welcome speech on behalf of the Prime Minister of Slovenia and his party Stranka LMS, which joined ALDE in Madrid, and she supported the aim of the meeting. Apart from professor Pohoryles’ lecture on the basic values of liberalism, István Hegedüs of the Hungarian Society (NGO) looked back on the developments that led to the course of liberalism in Hungary having slowed since 1991. He called the closure of the Central University in Budapest a landmark event that cannot be without consequences. Hungarian Member of Parliament Anett Bösz (MLP), pled for liberals to formulate a response to the social needs of citizens and show how important liberal values are not only for individual freedom but also to help social and economic development. Lyudmyla Kozlovska, who was not allowed in the country because Poland has put her on a blacklist, stressed via video-link the importance of speaking up for individuals in various countries who are being prosecuted for their critique on the diminishment of liberal values.

From the “Kremlin and the reactionary wave in Europe” event at the Sorbonne: