“Berkut – the Ukrainian militia units, adds another dark chapter to its history, with their goals becoming doctors. “The protagonist of Onet reporters, who are in Ukraine, has been the victim of Berkut’s attack. In a video report he tells us that the gunshot fired at him is the one to shoot to animals. “- It can fly through metal sheets undistorted,- says the man in a shocking report,” we read on the Onet website.

The portal publishes a reportage that shows the activities of the Open Dialog Foundation – the only non-governmental organization operating on EuroMaidan. Persons harmed by the actions of Berkut may report to the Foundation’s volunteers. – We collect, aggregate and forward this information to European countries, as well as to the European Commission itself, – says Krzysztof Bukowski, ODF volunteer coordinator, in conversation with the Onet journalist. 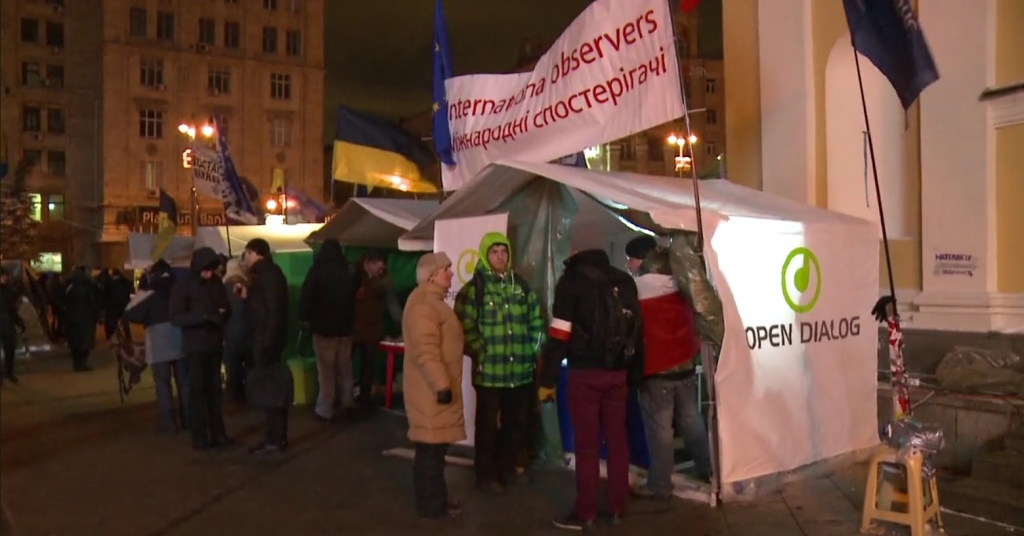