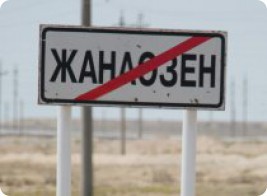 Criminal cases were initiated against associates of the former head of the Presidential Administration, Aslan Musin. Demoted Aslan Musin declares that he remains loyal to President Nazarbayev.

On 22.10.2012 it became known that the Financial Police Department opened a criminal case on charges of corruption against the director of ТОО “Kazcaspian Industrial Service”, Rustem Albakasov, son-in-law of the former akim (mayor) of the Atyrau Province Bergey Ryskaliyev, and against Bolat Daukenov — former first deputy of Bergey Ryskaliyev. Thus, for the moment, 28 criminal cases on charges of corruption by officials of the Aktau Province city hall and contracting organisations, with causing damage to the state for a total of more than 30 billion tenge (156 million Euros) are being investigated.

Let us remind ourselves that Bergey Ryskaliyev (in Kazakh — Ryskali) is a person close to the former head of the Presidential Administration of Aslan Musin. Bergey Ryskaliyev was removed from the office of the akim of Atyrau Province on 15.08.2012, which was a further dismissal in the chain of personnel changes associated with the inter-clan conflict surrounding Nursultan Nazarbayev.

On 01.10.2012 the Atyrau city court issued a warrant for the arrest of the former MP Majilis Amanzhan Ryskaliyev — brother of Bergey Ryskaliyev. Amanzhan is also accused of corruption. He was charged in absentia of Art. 177, Part 3 of the Criminal Code of the Republic of Kazakhstan (“Fraud”). Earlier, on 19.09.2012, he was deprived of his deputy powers. The exact location of the Ryskaliyev brothers since that time remains unknown.

On 11.10.2012 it became known that Aslan Musin left Kazakhstan. The office of the Accounts Committee for Control over Execution of the Republican Budget informed that their head, Aslan Musin, was on leave for medical treatment in Germany, but there were suggestions in the media that Aslan Musin is not coming back to Kazakhstan and he is about to join the ranks of Kazakh oligarchs in exile. These assumptions however turned out to be wrong, as on 26.10.2012 Aslan Musin returned from Germany.

In his interview for an opposition website guljan.org Aslan Musin said that his relationship with fugitive, Bergey Ryskaliyev is strictly professional and that he remains a supporter of Nursultan Nazarbayev.

Some journalists believe that Aslan Musin returned to Kazakhstan after agreements with Serik Akhmetov, as a result of which Aslan Musin agreed not to join the Kazakh opposition abroad or demonstrate his loyalty to the President. In exchange, the government guaranteed to provide safety to Aslan Musin and to cease the cleansing of his people inside the country.

The issue of renaming the city of Zhanaozen to Beket-Ata was tabled to the citizens. Local elders suggested changing the name of the city, but most people believe that the direct initiative comes from the Kazakh authorities. In this way they are hoping to destroy the memory of one of the most tragic pages in the history of the country.

On 27.10.2012 a meeting of the akim of the Mangistau Province, Baurzhan Mukhamedzhanov with the askakals of the region took place, during which Asylbek Aidarov, Chairman of the Zhanaozen Veterans Council, addressed the Akim with the suggestion to change the name of Zhanaozen to Beket-Ata. “Beket-Ata was a famous philosopher and spiritual teacher. I believe that everyone will support our proposal to give the name of a man famous for his wisdom to the city of Zhanaozen”, — said Asylbek Aidarov in a short interview. The proposal to name the city after Beket-Ata was signed by 40 elders. Baurzhan Mukhamedzhanov promised to make this request to the government.

In the meantime, the idea of ​​renaming the city has not received unanimous support among the society and residents of Zhanaozen. Many people immediately started talking about attempts of the authorities to forsake the bloodiest pages in the history of the country. According to some of the citizens, the proposal to change the name of the city was the reason for the split of its people into two camps. On one side were the veterans who made the proposal, local authorities, and representatives of the presidential party “Nur Otan”. On the other — a number of residents and oil workers of the company “OzenMunaiGas”.

Member of the International Committee “Zhanaozen-2011”, Erlan Kaliyev, in his comment for the “Open Dialog Foundation” said: “Throughout the world, Zhanaozen became firmly associated with the cynical execution of unarmed workers by the authorities. The attempts to rename the city are aimed at washing away the wave of indignation”.

In an interview to journalists the akim of the Mangistau Province, Baurzhan Mukhamedzhanov, noted that renaming Zhanaozen to Beket-Ata remains an open question, as there are 5-6 versions of the new name for the city and all of them need to be discussed. From this it follows that the issue today is not giving the city the name of a famous Kazakh philosopher, but changing the name associated with the tragic events of December 2011.

Representatives of the Kazakh civil society and the international community call on the leaders of European countries and United States to apply real sanctions to Kazakhstan in connection with political repression against the opposition, human rights defenders, activists and independent media.

On 17.10.2012 representatives of the civil society in Kazakhstan published an open letter to the leaders and civil society of the United States of America in an American newspaper, Washington Examiner. The publication reports on the tragedy of Zhanaozen and the role of the highest officials of Kazakhstan in this issue. The letter also proposes to apply the Magnitsky Act or a similar law against those who are responsible for the massacre in Zhanaozen.

The article contains a list of the Kazakh government officials, police officers, judges and security officers who participated in both the shootings in Zhanaozen and the subsequent suppression of the civil society and media. Among these persons are: President Nursultan Nazarbayev, the former head of the Presidential Administration Aslan Musin, head of the Presidential Administration Karim Maksimov, Minister of Internal Affairs Kalmukhanbet Kasymov, Attorney General Askhat Daulbaev, Chairman of the National Security Committee of the Republic of Kazakhstan (NSC), Nurtai Abykayev as well as others.

Among those who signed the letter were: Theatre Director Bolat Atabaev, Journalist, Lukpan Akhmediarov, Chief Editor of the newspaper “Vzglyad”, Igor Vinyavskiy, Chief Editor of the newspaper “Respublika” (“The Republic”), Irina Petrushova and others. The same persons, in connection with the official visit of President Nursultan Nazarbayev to Austria, on 19.10.2012 wrote a letter to Austrian politicians calling on them not to neglect human rights for the sake of commercial interests, but to support the civil society in Kazakhstan in the struggle against political repression.

On 18.10.2012 an international organization “Freedom House”, in their report on human rights, defined Kazakhstan as “not a free country” due to violations of political and religious freedoms, as well as freedom of media. Freedom House also identified Kazakhstan as one of the seven countries that the organisation does “not recommend” for membership in the UN Council on Human Rights (the list contains such countries as: Côte d’Ivoire, Ethiopia, Gabon, Pakistan, United Arab Emirates, and Venezuela).

On 18.10.2012 at a press conference in Astana, representatives of the public association “Kadir-Kasiyet” said that in the last year, violations of rights and freedoms of 202 human rights activists (journalists, religious activists, representatives of NGOs) were recorded. Participants of the conference declared that human rights defenders face threats, defamation and obstruction of their work. According to journalist Berik Zhagipanov, when human rights defenders raise problematic issues, the authorities perceive it as calling for revolt. Thus, protecting rights in Kazakhstan is not safe.

On 30.10.2012 MEP Paul Murphy was unable to come to Kazakhstan, since he received another denial of visa, which the MEP considers to be politically motivated. Paul Murphy visited Kazakhstan in July 2011 and publicly spoke out in support of the demands of striking oil workers in Zhanaozen. In response, the Minister of Foreign Affairs of Kazakhstan sent a communiqué to the Kazakh EU delegation, stating his right to declare Mr. Murphy persona non grata. In April 2012 Paul Murphy was refused a visa.

The MEP noticed: “There can be no doubt that any refusal of my visa to visit Kazakhstan will be politically motivated. I am very wary of this scenario, although this is not a complete surprise for me. The events are developing in parallel with the continuing deterioration of the human rights situation in Kazakhstan”. Murphy intended to visit Kazakhstan with a delegation trade unionists and journalists in order to meet with representatives of labour unions, local community and human rights organisations in Aktau, Zhanaozen, Atyrau, Karaganda, Zhezkazgan and Almaty.

On 23.10.2012 Vladimir Kozlov and his attorneys appealed against the verdict on the case of “inciting social hatred”. Roza Tuletaeva’s attorney pursues consideration of the case on torturing the oil workers convicted for “inciting riots”. Akzhanat Aminov’s attorney proposed the convicted oil workers publicly repent of their guilt in order to be released.

Ardak Batiyeva, Akzhanat Aminov’s attorney, assures that the oil workers convicted for “inciting mass disorders” may be released upon their written pleas of guilt and active repentance, indicating that they were not acting on their own, but succumbing to the entreaties of members of a criminal group led by Vladimir Kozlov. Thus, the attorney promises to help in releasing the oil workers and asks the prisoners’ relatives to pay $1,000 for his services for each convict.

It is also known that Akzhanat Aminov himself is trying to persuade the relatives of the convicts to accept the offers of Ardak Batiyeva to release the oil workers. Akzhanat Aminov informed the trade union of OzenMunaiGas that he was going to transfer the money for financial assistance of the oil workers to the attorney.

According to the journalists of “Golos Respubliki” (“The Voice of the Republic”), due to the explicit nature of the proposal, the lawyer Ardak Batiyeva and Akzhanat Aminov can act on the initiative of the government. Therefore, Nursultan Nazarbayev intends to grant amnesty to the convicted oil workers for the anniversary of the tragedy in Zhanaozen and thus preserve his image before the international community. But the human rights activist Yevgeny Zhovtis believes that it is impossible to release the prisoners in connection with active repentance, as this article is used only at the stage of investigation. The release is possible only under the 76th article of the Criminal Code of the Republic of Kazakhstan — in connection with an application for clemency.

Also journalists believe that the government can use the active repentance of the oil workers as an additional legal argument to confirm the guilt of Vladimir Kozlov.

We should remind ourselves that Vladimir Kozlov and his attorneys filed an appeal against the first instance court’s decision, according to which the leader of the unregistered party “Alga!” was sentenced to seven and a half years’ imprisonment with confiscation of property. Attorney Aleksey Plugov filed an appeal on 19.10.2012, Vladimir Kozlov and Venera Sarsenbina — on 23.10.2012. The defence had to prepare an appeal in a short time, as they had received the sentence of the court a week after its announcement.

Alia Turusbekova, Kozlov’s wife, said that in order to talk to her husband in the prison, through the glass, she had waited a few hours, and then had to endure a full body, strip-search — before and after the meeting. She and Vladimir Kozlov are willing to give up visits in the detention facility to avoid the continuous humiliating search procedures.

The court session on the appeal of Vladimir Kozlov will be held in Mangistau Regional Court of Aktau on 19.11.2012.

Also, on 05.11.2012 it became known that Gulnara Zhuaspaeva, Rosa Tuletaeva’s attorney, once again demanded the institution of a criminal case on charges of torturing the oil workers convicted of “inciting mass disorders” (formerly the Aktau court rejected the attorney’s application). Now, if the court satisfies the attorney’s appeal, the case on tortures will be considered.