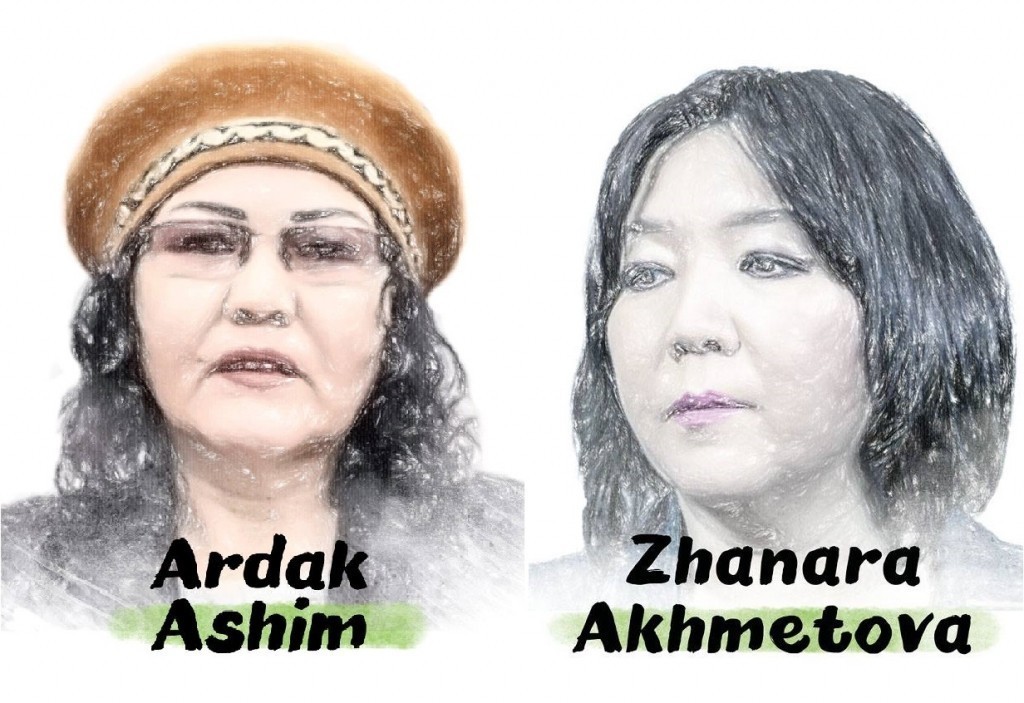 On 15 March 2019, it became known that the State Migration Service of Ukraine had refused to grant refugee status to an opposition blogger from Kazakhstan, Ardak Ashim. On the same day, it became known that the Ukrainian Migration Service had again refused to grant asylum to Kazakhstani opposition journalist Zhanara Akhmetova. In 2018, the Supreme Court of Ukraine declared illegal the decision to refuse to grant Akhmetova refugee status and ordered the Migration Service to consider her application properly, but the court’s request was ignored. Another decision to deny Akhmetova asylum was taken on 22 December 2018, but she was informed about this fact only on 15 March 2019.

Zhanara Akhmetova is a Kazakhstani journalist and activist of the Democratic Choice of Kazakhstan (DCK) – an opposition movement that the Kazakhstani authorities have banned on charges of “extremism”, “inciting social discord” and “forming a negative image of the authorities.” In 2009, a Kazakhstani court sentenced Akhmetova to seven years in prison on charges of fraud, but deferred the sentence until her child reaches the age of 14 (i.e. until 2021). Due to Akhmetova’s opposition activities, in June 2017, the Kazakh authorities, having no legal grounds, cancelled the suspension of her sentence.

In 2017, Akhmetova came to Kyiv, where she intensified her activities with the DCK. In October 2017, she was arrested following an extradition request from Kazakhstan.

In November 2017, the court released her from detention, which was made possible by the efforts of human rights organisations, lawyers, Ukrainian and European parliamentarians and the international community. During the trial, it became known that, in official documents, the Kazakh authorities had named the possible address of Akhmetova’s residence in Ukraine. This may indicate that the Kazakhstani authorities are carrying out operational activities in Ukraine and that the intelligence services of both countries are cooperating.

In July 2018, Zhanara Akhmetova reported that unknown persons had attempted to abduct her in Kyiv. The journalist believes that Kazakhstan’s security services were involved in this incident. In Ukraine, the activist often notices that she is being followed. On 27 February 2019, armed policemen came to the address of Zhanara Akhmetova’s residence in Kyiv and reported that they had received an anonymous report of the house being mined. It was on this day that mass anti-government protests took place in Kazakhstan, which Zhanara Akhmetova covered on social networks and on the pages of the opposition movement DCK. Zhanara Akhmetova believes that the Ukrainian law enforcement agencies are cooperating with the Kazakhstani security services and intended, in this manner, to seize computer equipment from her apartment.

The expert group that, at the request of the European Parliament, prepared a report on the abuse of Interpol, identified the case of Zhanara Akhmetova as one example of the use of Interpol red notices for political purposes. In its position in the resolution on Kazakhstan, the European Parliament’s “Greens–European Free Alliance” stated that the authorities of this country illegally resort to the use of Interpol mechanisms and requests for extradition of political opponents abroad, as evidenced by the example of Akhmetova. The report of the UN Special Rapporteur on the situation of human rights defenders highlights the case of Zhanara Akhmetova as an example of the vulnerability of women human rights defenders seeking asylum in other countries.

Ardak Ashim is a blogger, DCK activist, and victim of punitive psychiatry in Kazakhstan. In her homeland, Ardak Ashim was accused of publishing “negative posts against the authorities” on Facebook and was forcibly placed in a psychiatric hospital, where she spent more than a month. Ashim complained about her poor state of health, which, in her opinion, could be due to the adding of psychotropic drugs to her food in order to make her “deranged”. In May 2018, under pressure from the international community, the authorities released Ashim from the psychiatric hospital.

After her release, Ashim decided to flee from Kazakhstan and seek political asylum in Ukraine. While in Ukraine, Ardak Ashim felt that her health was worsening and underwent surgery. The results of medical examinations showed low levels of haemoglobin and the presence of heavy metals in her blood. Ashim is sure that she was poisoned in the psychiatric hospital in Kazakhstan.

Despite the obvious facts of political persecution in her homeland, on 6 March 2019, the Migration Service of Ukraine refused to grant Ashim refugee status. International human rights organisations Amnesty International and Human Rights Watch spoke in defence of Ashim. In his report, the UN Special Rapporteur on the situation of human rights defenders noted that Ashim left Kazakhstan in order to avoid a second forced hospitalisation. The report of the US Department of State focuses on the illegal prosecution of Ardak Ashim for her activities as a blogger. The resolution of the European Parliament on the situation of human rights in Kazakhstan mentions the case of Ashim in the context of reprisals against civil society representatives.

Zhanara Akhmetova and Ardak Ashim were victims of politically motivated persecution in Kazakhstan. If extradited or expelled from Ukraine, Zhanara Akhmetova faces imprisonment and torture, and Ardak Ashim may be again subjected to punitive psychiatry. According to Ukrainian legislation and international conventions ratified by Ukraine, such persons have the right to protection. By denying Akhmetova and Ashim asylum, the State Migration Service of Ukraine exposes them to danger. This is contrary to Ukraine’s international human rights obligations.

We call on the State Migration Service of Ukraine to reconsider its decision regarding Zhanara Akhmetova and Ardak Ashim and take into account the facts that indicate the existence of grounds for granting them refugee status. The Open Dialogue Foundation has already drawn attention to the problem of systematic denial of asylum in Ukraine to persons who have been victims of politically motivated persecution in their homeland. According to the statistics, in 2018, the courts reversed 39% of the decisions of the Ukrainian migration service, which is an indicator of the lack of professionalism of the work of the latter and the long overdue need for its reform. We urge the Ukrainian authorities, in particular the Ukrainian Parliament Commissioner for Human Rights and People’s Deputies of Ukraine, to pay attention to this problem. Ukraine should not assist authoritarian regimes in the persecution of dissidents and opponents of the regime.