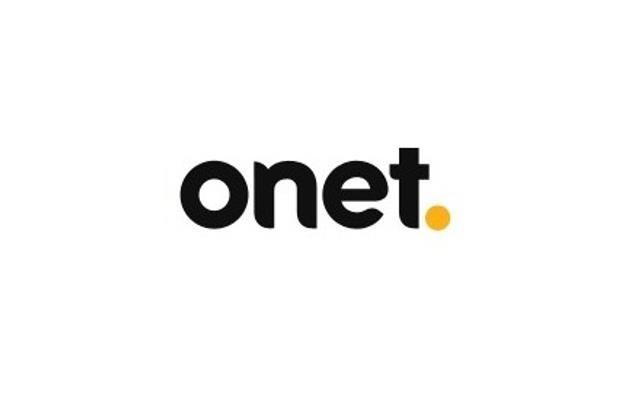 The authors of a recent article in The Sunday Times link the Open Dialogue Foundation to the practice of money laundering. The article, which was widely commented on in Poland, reproduces information from August 2018, and its authors are not employees of the respectable newspaper.

The Scottish edition of The Sunday Times published an article on April 21, the authors of which suggest that the Open Dialogue Foundation (ODF) received indirect subsidies from money laundering companies.

The ODF is based in Warsaw and is involved in the defence of human rights in Russia, Kazakhstan, Moldova and Ukraine. A lot has been said about the Foundation since July 2017, when Bartosz Kramek, a civic activist and husband of Lyudmyla Kozlovska – who comes from Ukraine and is the President of the ODF – published an appeal on Facebook entitled: “Let the state stand: let’s shut down the government!” The appeal included a set of advice modelled on Kyiv’s Maidan to “stop the attack of the Law and Justice [government] on the rule of law in Poland”. From that point on, relations between the Polish government and the Foundation deteriorated significantly.

On 13 August 2018, Lyudmyla Kozlovska was detained at the airport in Brussels. The ODF President, who had flown to Belgium to one of the offices of her Foundation, learned from airport officers that the head of the Office for Foreigners in Poland, at the request of an authorised body, had entered her name into the Schengen Information System (SIS), which allows people to be checked while crossing the Schengen border. A day later, the Belgians sent Kozlovska on the first plane to Kyiv. Thenceforth, she could not enter the territory of the European Union.

However, many EU countries have provided access to their territory to Kozlovska and in March she received a five-year Belgian visa. And yet, the ODF President still cannot return to Poland. Since Kozlovska’s deportation, pro-government press in Poland has repeatedly published articles about the Foundation, suggesting that it has been involved in some shady business.

Polish politicians on the article in The Sunday Times

The article “An Edinburgh flat, a human rights activist and the oligarchs’ ‘dirty money’” in The Sunday Times repeats last year’s reports in the Polish press alleging the involvement of the Foundation in money laundering. According to its authors, Carlos Alba and Jordan Ryan, two Scottish companies – the Kariastra Project and Stoppard Consulting – were laundering money later paid for the services of the Silk Road – a company run by the chairman of the ODF Board Bartosz Kramek – who then subsidised that money to the ODF.

The authors of the article in The Sunday Times cite the investigation committee of the Moldovan parliament, which stated that the Open Dialogue Foundation was “involved in subversive activities directed against the institutions of the Republic of Moldova, which are funded and orchestrated by special services that are hostile to the state”. According to the Moldovan committee, the ODF and its President Lyudmyla Kozlovska were involved in transactions with the Russian armaments industry and money laundering companies.

The article was widely commented on by pro-government media and politicians in Poland. “It is said that the Russians were laundering that money. The Sunday edition of The Times is a very serious point of reference, it is a very serious newspaper,” said MEP Ryszard Czarnecki in the “Morning of Catholic Broadcasts Siódma 9”. “As reported by The Sunday Times, the Open Dialogue Foundation, as part of its business, decided to open a laundry … of dirty money,” Paweł Lisiecki, a PiS deputy, wrote on Twitter. “Is the Open Dialogue Foundation involved in the practice of money laundering? What do Thun, Boni, etc. have to say about this?” Jan Mosiński, another MP from the Law and Justice, wrote on Twitter.

News from eight months ago

However, as it turns out, the article by the Scottish authors does not contain any new information. It reproduces information from the publication “Dirty cash for Polish Maidan” by the weekly “Sieci” from August 2018, as well as the statements of the Moldovan investigative commission from November 2018. The authors of the publication in The Sunday Times also leave a lot to be desired.

We asked Bartosz Kramek about his cooperation with Scottish companies. “Silk Road basically does not disclose information about its contractors, because in the current situation it would be not only irresponsible, but also a business own-goal,” Kramek said. “My clients would not want to become the target of a propaganda campaign or politically motivated controls. Moreover, the speculations about my customers from years ago do not serve current relations.

“I want to emphasise, however, that everything that the company does is posted and accounted in accordance with all the regulations,” added Kramek. “No tax offices, law enforcement agencies or services had any problem with the ODF until 2017, when we became the target of PiS attacks. The governments of Kazakhstan and Moldova have also taken the line of these attacks because the ODF actively fights for human rights in these countries. All Silk Road contracts with other entities have been fully legal. There are no reasons other than propaganda to call business transactions “money laundering”. None of these companies had any connection with ODF. Unlike many other organisations, we publish a full list of donors on our websites, so you can check it out. We are also waiting for official accusations, so that we can defend ourselves in court, because we have only been dealing with insinuations so far.

Tim Judah, the Balcan correspondent of The Economist, called the article in The Sunday Times “extremely strange” on Twitter. In correspondence with Onet, he elaborated on this idea: “I am writing about Moldova for The Economist, so I am always interested when Moldova appears in the British press. This article is very strange because it quotes a report of the Moldovan parliament, and at the same time quotes a report of the European Parliament, which states that this country has been taken over by ‘oligarchic interests’. No one I know takes reports of the Moldovan parliament seriously.”

In an interview with Onet, Bartosz Kramek expressed the suspicion that the publication of the Scottish edition of The Sunday Times is part of a wider propaganda campaign directed against his foundation.

In this context, the authors of the publication seem interesting. None of them is a journalist of The Sunday Times.

Author No. 1: the owner of a PR agency

The first author of the article, Carlos Alba, is the owner of the PR agency “Carlos Alba Media”. In the correspondence with Onet, Carlos Alba wrote: “I was a journalist for 30 years, during which I worked for many national publishing houses, including The Sunday Times, where I was the editor of the Scottish edition. I am a well-known and respected journalist in Scotland. After being reduced 10 years ago, I’ve combined independent journalism with PR and marketing for local business in Scotland.” Alba added that “examining his past in this way” is considered “offensive and a bit scary”.

Meanwhile, the attitude of Alba was criticised by British politicians and journalists. Lord George Foulkes, a Scottish politician who signed a letter against the “slanderous campaign” against the ODF, and whom Alba called for a comment, wrote on Twitter: “I’m surprised that Carlos Alba claimed to be a journalist, not a PR man when he called me. Can he reveal if any of his clients have an interest in it?”

Later, the politician added another post to the original tweet, in which he wrote that Alba informed him in the next telephone conversation that he was working for The Sunday Times as an independent journalist not on behalf of “Carlos Alba Media” or any client of this agency.

Author No. 2: an employee of portals supporting Brexit

The second author, Jordan Ryan, presents himself on Twitter as an “investigative journalist”, but it is futile to look on-line for his investigative articles. In the correspondence with Onet, he admitted that he was an “independent journalist” who had previously worked for the BrexitCentral and Westmonster portals. Both are known for actively supporting the UK exit from the European Union.

“These are very strange characteristics for people writing for The Sunday Times, especially in the case of Carlos Alba, being the owner of a PR company that has recently almost never done journalism,” said Tim Judah from The Economist in summing up in the correspondence with Onet.

Onet put a question to The Sunday Times about both authors and editorial policy regarding the employment of PR specialists as authors of journalistic articles. We have not received an answer so far.

“I have no evidence that a journalist was paid by anyone, these are only suspicions, but the circumstances indicate that it is just a propaganda campaign,” Bartosz Kramek told Onet. “One fact is particularly significant. We are dealing with the owner of a PR agency from Glasgow, who once was a journalist, but even then never dealt with Eastern Europe. When he contacted us, we got the impression that he did not even know who he was talking to because he referred to us as the Open Democracy Forum. He already had a list of questions which were very biased, narrow, technical, suggesting a strong negative attitude and a lack of knowledge about elementary facts. These questions assumed that, for example, Poland and Moldova are countries with a model rule of law, and suggested that if we are against their governments, we are acting in the interests of the Kremlin.”

Shortly before this article was published, Carlos Alba sent an email to an ODF representative, asking not to be attacked on social media. In the e-mail, Alba explains that since he was reduced, he has found it difficult to make a living by independent journalism, so he earns his money by doing private and commercial work. Onet is in possession of this correspondence.