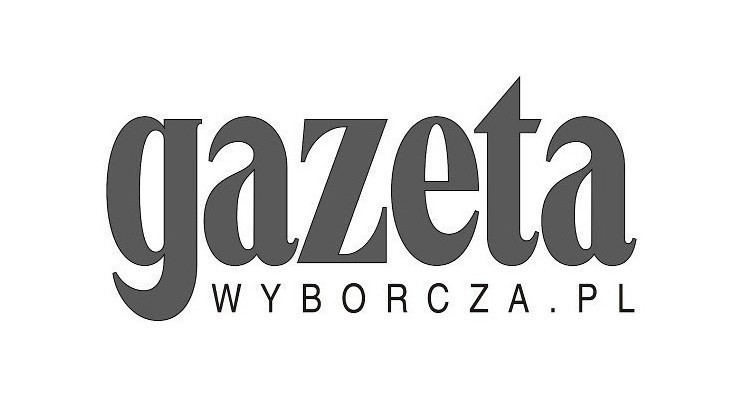 The Open Dialogue Foundation won the trial with the “Gazeta Polska” magazine, so now editor Tomasz Sakiewicz threatens the judge. And the PiS propaganda attacks the Foundation using a grotesque report of the oligarchic and corrupt parliament of Moldova.

The verdict was already given at the first hearing – the judge found that the magazine had clearly exceeded the limits of press criticism, presenting me (together with Paweł Kasprzak, Grzegorz Schetyna and Ryszard Petru) as a Nazi soldier during the German aggression against Poland in 1939.

On the same day, Tomasz Sakiewicz, who did not attend the trial, compared the Open Dialogue Foundation to the Molotov-Ribbentrop Pact (!) – so he can expect further lawsuits from us.

Sakiewicz and the media associated with him are now openly threatening the judge with disciplinary responsibility and accuse him of political involvement. The editor of the “Gazeta Polska” magazine went so far as to say that he hopes this was the last verdict issued by judge Tomasz Jaskłowski.

For several days now, PiS politicians and publicists connected with them have been accusing our organisation of money laundering as well as agency and anti-state activities in the interests of Russia and Germany. At the trial, the attorneys of the “Gazeta Polska” magazine also attempted to convince the judge of the sinister intentions and methods of the Open Dialogue Foundation, citing a recent article by the British “Sunday Times”. This publication was recently published in the pro-government media, which presented it as a key evidence against the Open Dialogue. So let’s take a look at this article.

Financing the opposition, which means… invitation to a conference

The authors of the article published in “Sunday Times” cite the report of a special investigative committee appointed by the Moldovan parliament to investigate the alleged illegal financing of opposition parties in Moldova by the Foundation. The Moldovan report is nothing new – it was published and publicised last November and it is hard to understand why the “Sunday Times” has now returned to it.

The Moldovan investigative committee was established in response to the conference organised by us in the European Parliament in Brussels in May 2017, the topic of which was political persecution in Moldova. The event was co-organised by several MEPs (including Anna Fotyga from PiS). The leaders of the Moldovan democratic opposition also took part in it, and we, as an inviting party, bought them air tickets. And that was the mythical “illegal financing of opposition parties”.

When the PiS authorities deported my wife, Lyudmyla Kozlovska, from Poland in August 2018, the ruling authorities of Moldova decided to take advantage of the political situation and attack both the domestic opposition and our Foundation, presenting the purchase of tickets for the conference guests a year earlier as illegal financing of foreign parties and interference of the Foundation in the internal affairs of their country.

According to reports from independent opposition Moldovan media, Poland was supposed to cooperate with the diplomacy and services of that country, supporting the work of the local investigative committee. Due to this fact, we requested public information from the Polish Ministry of Foreign Affairs, in response to which the Ministry distanced itself from the policy and activities conducted by the Moldovan government. The Polish embassy in Chisinau also discreetly tried to minimize the image losses in the autumn of 2018, expressing its sorrow to the leaders of the Moldovan opposition.

Since we do not really know why the “Sunday Times” magazine is now returning to this old report by the Moldovan committee, let us see who the authors of the text published in the British newspaper are. They are not journalists of this editorial office: one of them, Carlos Alba, is the owner of a PR agency in Glasgow and the second, Jordan Ryan, introduces himself as an “independent journalist”, but his only documented professional achievement seems to be working for the brexit-supporting web portals BrexitCentral and Westmonster.

Before writing the text, Carlos Alba contacted us, but he had no idea about the topic that he had decided to write about. On the other hand, he had a ready list of biased questions, which formed the image of Poland and Moldova as model rule-of-law countries. These questions explicitly suggested that the Open Dialogue Foundation, criticising the governments in Warsaw and Chisinau, was acting against the EU and in the interests of the Kremlin.

Later, it also became clear that Alba misled Lord George Foulkes, a British Labour Co-operative life peer, who, when giving him a comment, was convinced that he was talking to a journalist, not to an owner of a PR agency (which Foulkes later publicly wrote about).

The journalists of “The Economist” weekly magazine did not hide their astonishment at “Sunday Times”, its sources and the unusual professional profile of the authors. The Balcan correspondent of “The Economist”, Tim Judah, commented on the case in social media and in Polish media, saying: “No one I know takes reports of the Moldovan parliament seriously”.

When critical voices about Carlos Alba started to arrive, Alba himself contacted us, asking us to remove unfavourable comments about him from Twitter and explaining that “it is currently difficult to support oneself” from independent journalism, so he must also carry out “commercial” work. Whatever he meant by that, it is a fact that authoritarian post-Soviet regimes have learned to efficiently use Western lobbying companies, law firms and PR agencies. In this case, we do not know exactly who the client was. However, we know who benefited politically from this situation and who used Alba’s publication in their propaganda campaign. The only funny thing is that the authors of the article in the “Sunday Times” magazine accuse the Open Dialogue Foundation of having ties with the Kremlin.

Trying hard to understand a madhouse

In the past week, the absurd festival of conspiracy theories performed by the ruling camp against us included, among others, dozens of comments by PiS deputies, insulting epithets of Minister Brudziński, who calls us “European-Kazakh smart asses”, statements by Antoni Macierewicz rumbling about Russian influence, calls for our delegalization, several press conferences, bizarre appeals to the opposition and EU institutions calling to distance themselves from our Foundation, as well as hearings of two parliamentary committees at which the head of the Internal Security Agency and the deputy head of the Ministry of Foreign Affairs were interrogated.

We try to record the most far-reaching attacks, but we have lost count long ago. More and more often I get the impression that we are trying hard to understand a madhouse. However, regardless of how grotesque its residents may seem to be, we must be aware of threats and a wave of hate speech that reaches an enormous scale in social media. That is why we are working on further complaints and lawsuits.

It is not easy to break through the PiS propaganda and disinformation of the PiS party, which is receiving the support of regimes in authoritarian Kazakhstan and oligarchic and corrupt Moldova, but we believe that little strokes fell great oaks. As evidenced by the verdict in the trial with the “Gazeta Polska” magazine, the game is worth the candle, although the effects are postponed in time.

On 3 April, the District Prosecutor’s Office in Warsaw received our notification on suspicion of committing a crime, i.e. exceeding the rights and acting to the detriment of the Open Dialogue Foundation by violating fiscal secrecy. This was related to the leak of information protected in the course of the fiscal control of our Foundation launched in 2017. The journalists of the “Sieci” weekly, with which the Deputy Minister-Coordinator of Special Services Maciej Wąsik and the spokesman of the Minister-Coordinator Stanisław Żaryn seem to have close relations, referred directly and without the slightest embarrassment to “our sources in the services”. On Wednesday, we received a message about transferring the case to the District Prosecutor’s Office in Łódź-Bałuty as competent due to the fact that it is the Łódź Customs and Tax Office that conducts the fiscal control of the Foundation.

And to stick to hard facts, let us remind that:

We are not and have never been Russian (or any other) agents and we did not receive money from the Kremlin or any illegal sources. Our organisation consistently supports the territorial integrity of Ukraine, strives for the introduction and application of Magnitsky’s sanctions and defends people persecuted in the post-Soviet area, in recent years also defending the rule of law in Poland.