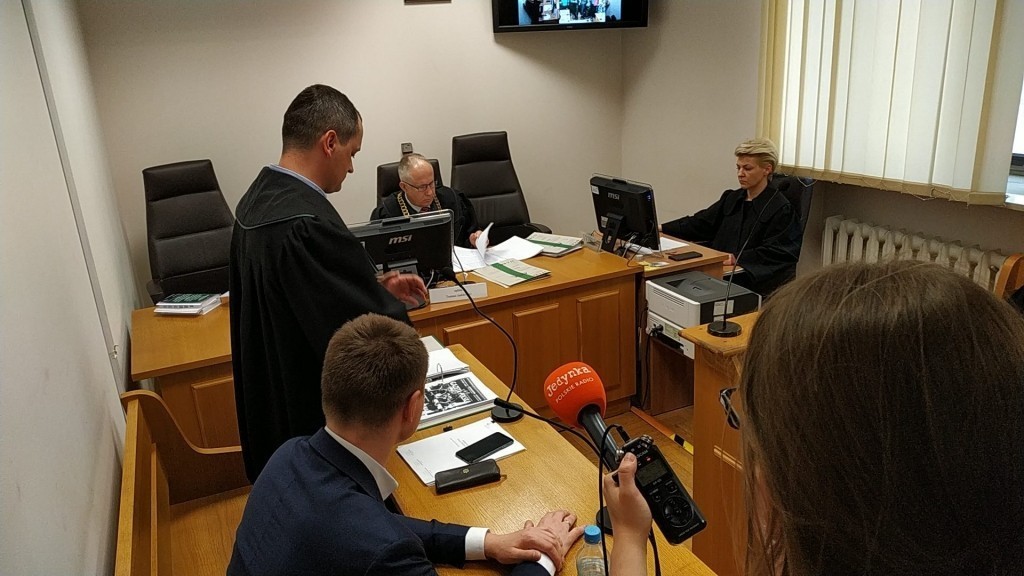 On 24 April 2019, Gazeta Polska and its executive editor Tomasz Sakiewicz lost the dispute in court with the Open Dialogue Foundation, for portraying Bartosz Kramek – the Head of the Foundation Board – as a Nazi invader in the summer of 2018. The judge ordered official apologies on the cover of the magazine and a payment of PLN 10,000 for social purposes to the Women’s Rights Centre – Poland. Thanks are owed to Mr Dawid Biernat, of the Lach Janas Biernat office of barristers.

The judge passed the sentence during the first hearing stating that the factual state was beyond any doubt and the line of press criticism had been exceeded intolerably. The case concerned portraying Bartosz Kramekas a Nazi soldier during German aggression on Poland in 1939.

Later the same day, Tomasz Sakiewicz – who had not appeared in court – compared the Open Dialogue Foundation to the Ribbentrop–Molotov pact. This matter is certain to be the subject of another legal proceeding.

“We’re going ahead with the pitch, another summons incoming. Marcin Rey, Balli Marzec, Witold Gadowski, Jan Piekło and many right-wing magazines have already been handed Notices of Intent to Sue. It’s not easy to break through governmental-party propaganda and disinformation spread by the Law and Justice, which is most often succoured by the Kazakh and Moldovan regimes, yet constant dripping wears away a stone,” Bartosz Kramek commented on his social media profile.

“We are not and have never been Russian (or any other) agents and we did not receive money from the Kremlin or any illegal sources. Our organisation consistently supports the territorial integrity of Ukraine, strives for the introduction and application of Magnitsky’s sanctions and defends people persecuted in the post-Soviet area quite visibly, dare I say. It’s a pity that, contrary to the elementary facts, our activity needs to be proven through judicial means,” wrote the Head of the ODF Board.