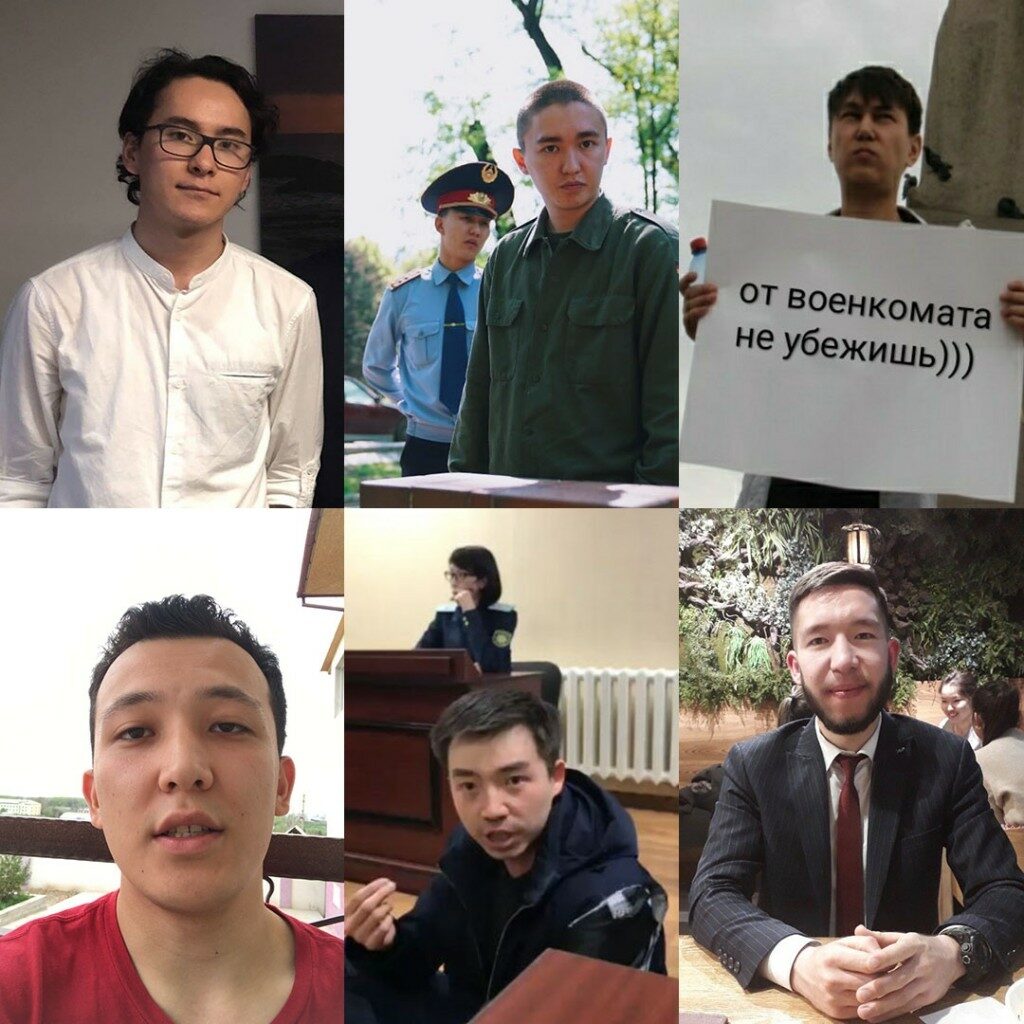 In the run-up to the extraordinary presidential election in Kazakhstan, a wave of protests has risen, demanding a fair and transparent expression of will. In many towns and cities, peaceful actions have taken place and participants have been arbitrarily detained and subjected to administrative arrests, fines and criminal prosecution. As an alternative to criminal prosecution, the authorities began to use calls for military service in order to isolate and intimidate activists. Six cases from four large cities of Kazakhstan are known, in which the military registration and enlistment offices sent summons to the participants of peaceful actions of disobedience. Activists call the actions of military registration and enlistment offices a new form of intimidation and associate it with the upcoming presidential election. 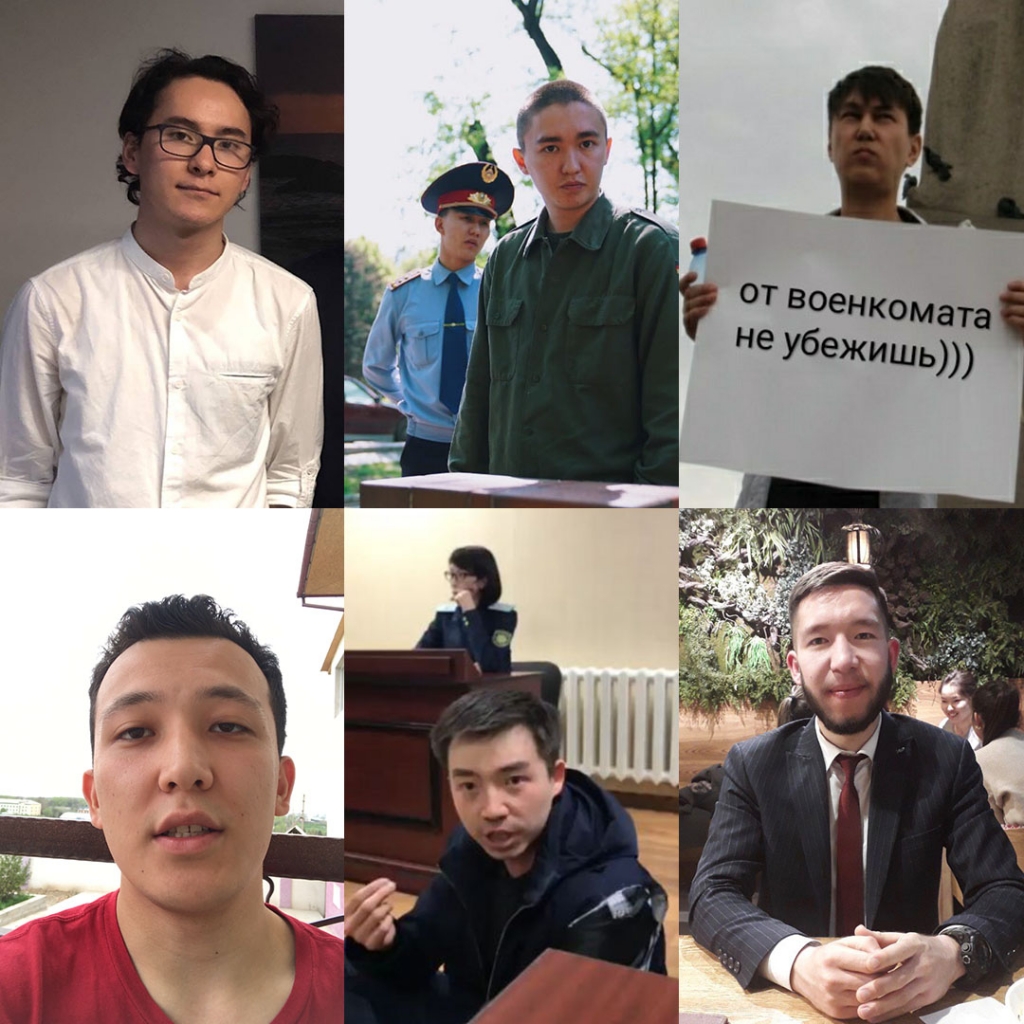 On 19 March 2019, Nursultan Nazarbayev announced his resignation from the post of President of Kazakhstan and handed over his powers to the Speaker of the Senate of the Parliament Kassym-Jomart Tokayev. On 9 April 2019, a decree was issued to hold an extraordinary presidential election on 9 June 2019. On 1 and 9 May 2019, mass peaceful protests took place in large cities of Kazakhstan. Among other things, participants demanded fair and transparent elections. The authorities responded by dispersing the protesters and organising mass arrests. Several dozen people were arbitrarily detained and arrested during the days of the action. Over time, some of them began to receive summons from military registration and enlistment offices.

At least six cases of conscription of young people of military age who participated in protest actions are known. It is worth mentioning that their persecution began precisely after public speeches in support of free elections. In Kazakhstan, persecution through compulsory conscription is a new form of repression – in addition to administrative arrests and criminal prosecution of peaceful protesters. Cases of persecuted activists are indicative and are supervised by officials at the ministerial level, as evidenced by the official reaction of departmental press services to the actions of law enforcement officers and military registration and enlistment offices.

According to the law on military service, soldiers in Kazakhstan have limited rights. Due to limited access to communication facilities, conscripts are virtually isolated from the outside world. In addition, the military cannot participate in strikes, picketing and other forms of protest. Thus, the authorities use summons to military service to isolate activists and remove them from the public space.

On 21 April 2019, activists from Almaty, Beibarys Tolymbekov and Asya Tulesova held an action in support of fair elections. They hung a banner with the inscriptions “You can’t run away from the truth” and “I have a choice” along one of the roads of Almaty. For this, the activists were sentenced to 15 days of administrative arrest. Human rights organisations Kazakhstan International Bureau for Human Rights and Rule of Law and International Partnership for Human Rights expressed concern about the fact of persecution of activists, and international human rights organisation Amnesty International recognised Tolymbekov and Tulesova as “prisoners of conscience”. The Minister of Internal Affairs of Kazakhstan also reacted to the arrest of the activists. He said that Tolymbekov and Tulesova had allegedly “violated the legislation on holding rallies, marches and demonstrations”. Despite his application for postponement, on 17 May 2019, Tolymbekov was summoned to military service in Otar, Zhambyl region. There is a fear that he may be under political pressure in the army.

On 6 May 2019, an activist from Uralsk, Aslan Sagutdinov was detained by the police for displaying an empty poster in the city centre. According to the press service of the police, the official reason for the detention was “statements about the lack of democracy and freedom of speech in Kazakhstan”. On 15 May 2019, the military registration and enlistment office handed Sagutdinov a summons to the medical commission, despite the fact that in 2016 the medical commission recognised him as “unfit”. The widespread publicity of Sagutdinov’s detention, both in the foreign media and among civil society in Kazakhstan, stopped the authorities’ attempt to punish Sagutdinov by compulsory conscription. The involvement and reaction of the press service of the Ministry of Defence only emphasises the clearly expressed political motivation to persecute the activist.

An activist from Almaty, Daniyar Khasenov, monitors politically motivated trials, in particular the case of Aigul Akberdiyeva, an activist from Aktau. The young man is an official observer from the Italian Federation for Human Rights (FIDU) and from the member of the European Parliament, Julie Ward. Khasenov was repeatedly persecuted for his activities, and local authorities have pressured the Khasenov family. In particular, an employee of the city administration warned Daniyar’s parents and sister that he should not be so “diligent in his civil policy”, as this puts him at risk of criminal responsibility. Khasenov was also summoned to “preventive” conversations with the leadership of the National Medical University, of which he is a student. From 17 March to 16 May 2019, the activist received three summons from the military registration and enlistment office, despite the fact that he is a student and cannot be drafted into the army.

On 1 May 2019 in Nur-Sultan, activist Alimzhan Izbasarov was detained and arrested for 13 days. During the May Day rally, he negotiated with the police to release the detained activists and filmed a live broadcast from the scene. On 4 May 2019, during the administrative court hearing of his case, Izbasarov made an open appeal to the police and military, in which he urged them to be on the side of the people and not to comply with the unlawful orders of the authorities. On 23 May 2019, the activist received a summons to the military registration and enlistment office. The next day, he was served with the summons again and there was an attempt to detain him. A similar situation occurred with Berikbol Sadybai, an activist from Almaty, who served 15 days’ arrest for participation in the May Day rally, and later received a summons from the military registration and enlistment office.  Both activists argue that they cannot perform military service for health reasons. On 22 May 2019 in Aktau, the activist Marat Oskenali was summoned to the military registration and enlistment office, despite the fact that his registration certificate states that he is not fit for military service due to his health condition, which was confirmed by the military medical commission in 2013. Oskenali attributes this summons to participation in the challenges “I never voted for Nazarbayev” and “Nur-Sultan is not my capital. Tokayev is not my President. Dariga is not my Senate Speaker.”

The “activation” of military registration and enlistment offices for the purpose of political persecution of those who are undesirable in the run-up to the election testifies to the intention of the Kazakhstani authorities to clear the public of activists. Under pressure from the international community, the Kazakhstani authorities are afraid to use criminal prosecution to intimidate activists, so they began to use military registration and enlistment offices for this purpose. Human rights organisations Kazakhstan Human Rights Bureau and International Partnership for Human Rights report a threat that, while serving in the army, activists may be ill-treated for their civic position. The human rights organisation Freedom House stated that it is unacceptable to persecute activists in the run-up to the presidential election.

The Open Dialogue Foundation calls on the OSCE/ODIHR Election Observation Mission, the European Union Delegation to Kazakhstan and the diplomatic missions of foreign countries to pay attention to the facts of persecution of civil society representatives in the pre-election period and to publicly condemn such actions of the authorities. Such a reaction will prevent mass reprisals against activists who advocate for holding fair elections, in particular, from arbitrary conscription into the army. The Open Dialogue Foundation calls for monitoring of the observance of the rights of Beibarys Tolymbekov, who has left for military service.