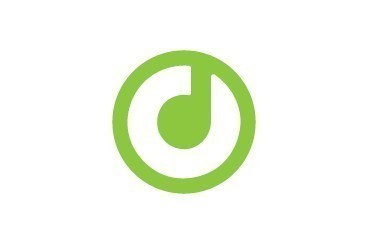 On the occasion of snap Presidential election in Kazakhstan announced for June 9, the Open Dialogue Foundation (ODF) has listed a set of recommendations on the human rights record in Kazakhstan for the EU, OSCE PA and foreign missions on the ground. These recommendations take into account the existing international human rights conventions that Kazakhstan has ratified, the EU-Kazakhstan Enhanced Partnership and Cooperation Agreement (EPCA) and the EU’s new Central Asia Strategy. In accordance with the mutual commitments concerning the promotion of democracy, good governance, human rights and the rule of law, the ODF calls on diplomats and representatives of international organisations to raise the following concerns during bilateral and multilateral meetings with Kazakhstan authorities:

A snap Presidential election in Kazakhstan was announced on June 9 by interim President Kassym-Jomart Tokayev, hastening the vote by almost a year. While Kazakhstan’s first transition of power won’t change the ex-President’s effective control over the country, Kazakhstan still remains sensitive to international pressure. The facade transition before the international community gives the opportunity to request that the President release all political prisoners before elections, thus signalling a break with the past.

International organisations and human rights NGOs have noted that the use of torture against prisoners and suspects to collect incriminating evidence is common practice in Kazakhstan. The authorities fail to properly investigate incidents of torture and the perpetrators are not held criminally accountable. For example, on 23 April 2019, the Minister of Internal Affairs of Kazakhstan ordered the incursion of troops into the prison colony in Zarechny (Institution LA 155/14), in Almaty region, for inspections of prisoners. As a result of beatings and exhausting marches by the troops, all prisoners were injured and denied medical care.

Rising tension ahead of snap Presidential election have led to grave violations of freedom of assembly and the arbitrary detentions of hundreds of peaceful protesters in recent months. In particular, during the protests of 1 and 9 May, young demonstrators calling for free elections and the release of political prisoners were brutally detained and interrogated. Some of them were forcefully sent to military conscription. Since 13 March 2018, the day that marks the authorities’ ban of the peaceful opposition movement “Democratic Choice of Kazakhstan” (DCK), more than 900 persons participating in peaceful rallies or showing different forms of support for DCK have fallen victim to political persecution.

The law against extremism has been used repeatedly as a tool to repress dissent and persecute activists, on the basis of articles of the Criminal Code such as “dissemination of false information” (Art. 274)  and “inciting social discord” (Art. 174) or “participation in the activities of an organisation after its recognition as extremist” (Art. 405), among others. Some of the most high-profile individual cases are included in the EP’s resolution.

Human rights defenders report that 19 of 26 UN communications have been disregarded by the authorities of Kazakhstan. The communications concern, inter alia, the arbitrary detentions of peaceful protesters, as well as the release of political prisoners Iskander Yerimbetov, Mukhtar Dzhakishev and Maks Bokayev, who were deprived of their right to a fair trial and freedom from torture.

Kazakhstan authorities have repeatedly closed and obstructed websites of independent media sources and blocked social media to restrict fundamental freedoms. In particular, on May 9, Internet watchdogs reported that multiple Internet providers shut down or significantly slowed access to the main social media platforms and news sites. The censorship came right after opposition groups called for public gatherings on Victory Day.

In Kazakhstan, all non-state media face pressure and restrictions, thus leading to a lack of free and independent media outlets in the country. This condition was exacerbated by the introduction of amendments to the media and information law that entered into force in April 2018, as well as by articles against criminal libel included in the Criminal Code. Moreover, journalists and bloggers are often harassed and persecuted – even abroad – for their reporting activities, as underlined by numerous international watchdogs and by the resolution of the EP.

The work of human rights defenders, particularly those who advocate for political prisoners and victims of torture in the country and abroad, is often obstructed by the authorities by means of physical threats, harassment and criminal proceedings. Moreover, the practice of travel bans on activists has also been applied on several occasions. Similarly, lawyers who engage in politically motivated cases, and their families, are constantly under attack through unjust rulings and various forms of threats, such as the revoking of a license to practise. The recent 2018 law “On lawyers’ activity and legal assistance”is further undermining the independence of the legal profession.

Ex-President Nursultan Nazarbayev called for snap presidential election last April, despite the controlled transfer of power that will take place in June 2019 having been planned by the regime far in advance. Nazarbayev’s ironclad and constitutionally-enshrined grip on power grants him total control of the country’s electoral processes. A number of serious legal and practical barriers have been erected to exclude the majority of the population from running for the presidency and to ensure that the candidate chosen by Nazarbayev, Kasym-Jomart Tokayev, wins. Particular care has been taken in advance to pre-empt or neutralise any true opponents of the regime from contesting the presidency. Six regime-compliant stooge candidates have been assembled by the authorities to create an illusion of competition for Tokayev; although, in reality the outcome is predetermined. Even before voting day, this election has failed every measure of the free and fair democratic exercise of choice that the people of Kazakhstan deserve. (For more details, please see “Enclosure Presidential Elections”).