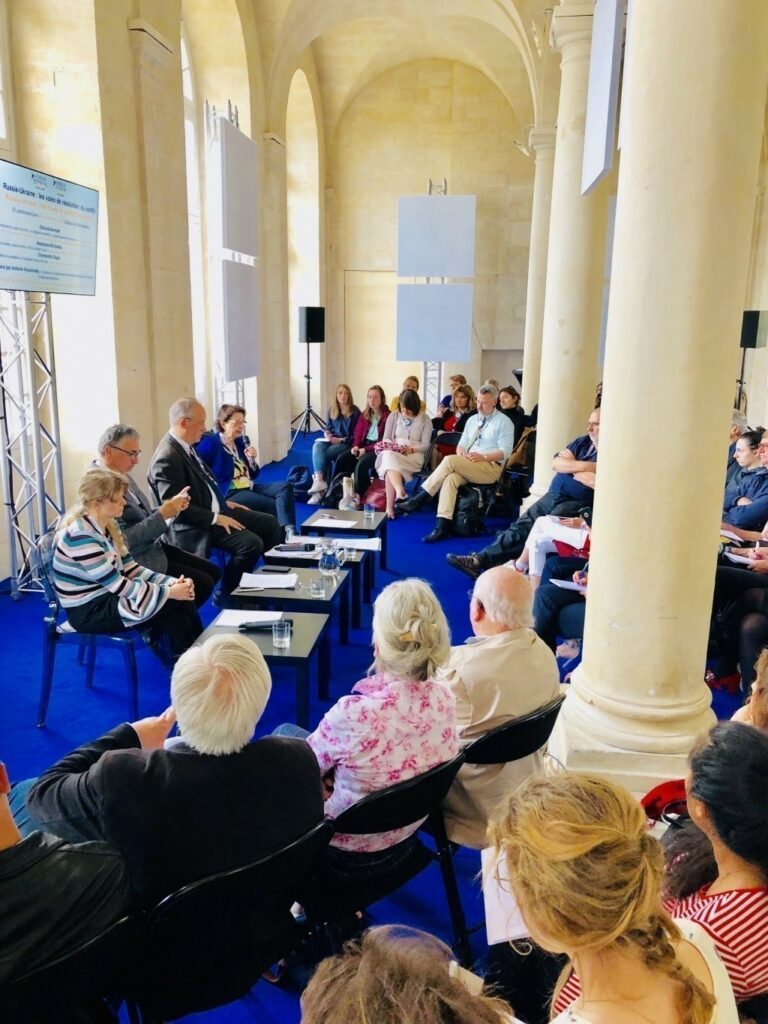 Communiqué of the 3rd seminar of the “Truth, Justice and Reconciliation between Russia and Ukraine, in association with the EU” Commission

– Respect for the norms of international law, based on the universal values ​​of justice and the defense of human rights, demands the immediate cessation of the Russian Federation’s war in Ukraine.

– the concept of “sovereignty” based on an understanding of normative law as a power struggle put forward by Russian power, contradicts the principles of democracy and the rule of law based on justice and the defense of human dignity.

– not to renew the voting rights of the Russian Federation in the Parliamentary Assembly of the Council of Europe as long as it continues to violate the norms of international law, including the European Convention on Human Rights.

– to follow the recommendations of the international organisation “Open Dialogue Foundation” for worldwide enforcement of a Magnitsky Law.

– to set up a dialogue forum between the Ukrainian and Russian civil societies operating permanently, including on Internet networks.

– Defence of this concept of democracy and the rule of law through intellectual and ethical reinforcement based on European values.

– Development of political and educational activities to strengthen the immunity of European society against right- and left-wing populism, national egoism and attempts to influence the collective consciousness in a destructive way.

– Awareness of the issues of information security as a crucial mission in the fight against hybrid warfare.

– Establishment, within the framework of the Council of Europe, of a “Truth, Justice and Reconciliation” commission with the aim of updating and condemning the crimes of the totalitarian communist regime, as well as helping to overcome the imperialist legacy.

– The attention of professional lawyers and journalists to be drawn to the need to create an effective mechanism to bring to justice media and individuals who create and disseminate fake news with the aim of fomenting discord between nations and religions, and racial hatred.

– The immediate release of Oleg Sentsov, imprisoned Ukrainian sailors and all political prisoners.

– The creation, under the auspices of the Council of Europe, of a single register documenting the cases of human rights violations according to the model and principle of the register established by the Federal Republic of Germany on crimes committed in the GDR.

Our Commission, with its participants from Ukraine and Russia, intends to continue its work for justice and peace.