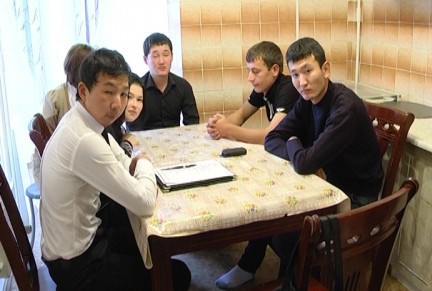 Kazakh orphans appeal to the international community for help 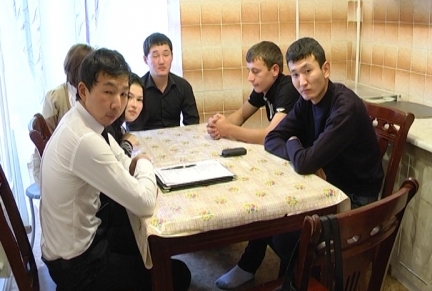 After the appeals to the local authorities proved to be unsuccessful, the pupils of the Mangistau Province orphanage were forced to seek help from international human rights organisations. Orphanage graduates complain that the authorities deprived them of their legal rights to adequate education, housing and employment.

On the 9th of October, 2012, several graduates of the regional children’s home in the city of Aktau went on a hunger strike. They were prompted to resort to such a step due to the fact that they were deprived of the right to housing which they are entitled to under the law, as well as of the right of a free choice of school in order to obtain education. One of the orphans, Aleksandr Sinnikov, explained the situation as follows: “As we left the walls of the orphanage, we found ourselves, in the literal sense of the word, on the street. We had nowhere to go, nobody to turn to. For a long time we have somehow coped on our own, in the hope that everything would be fine soon. But time is ticking and the situation has not changed. In order to receive the housing that we are entitled to under law, we visited numerous public institutions. All our efforts proved to be unsuccessful. We have been everywhere, from the prosecutor’s office to the Department for the Protection of Children’s Rights”. On the 10th of October, 2012, the protesting orphans succeeded in meeting with the Akim of the city of Aktau, Edil Zhanburshin, who promised to help them receive education in their chosen professions and find high-paid jobs. As for the main demand concerning the allocation of housing, the Akim stated that the authorities cannot solve this problem for now”.

Desperate graduates of the Aktau orphanage were forced to seek assistance from the international community, in order to draw attention to the violations of the rights of orphans in Kazakhstan. Artur Suleymanov and Pavel Prozumentov, graduates of the Aktau orphanage, succeeded in meeting with Italian politicians, Marco Perduca and Antonio Stango (The Nonviolent Radical Party, Transnationaland Transparty), who came to Kazakhstan for a working visit. During the meeting with the politicians, the orphans told them about the problems they faced after leaving the orphanage, including the main one: the lack of any prospects for housing.

According to Artur Suleymanov and Pavel Prozumentov, after their conversation with the Italian politicians, a rather unpleasant incident happened: they were detained and taken to the police station. There, they were intimidated and ordered to stop talking about their problems. However, the pupils of the orphanage are determined to continue to assert their constitutionally guaranteed rights. Moreover, the orphanage graduates started to talk about other problems faced by children in orphanages on a daily basis: cruelty, bad food, lack of warm clothing and shoes. “We had been constantly told that we were nobody, that we would all end up in jail, in which we were all going to  rot”, – reported the orphanage graduates.

This is not the first case where graduates of orphanages have appealled to the general community for help, which proves that there have been systemic violations of fundamental rights and freedoms of children’s homes and shelters in Kazakhstan.

On the 27th of April, 2012, graduates of the Zhanaozen orphanage asked journalists for help. They also focused on two main problems that they encountered after leaving the children’s home – homelessness and the lack of regular jobs. By law, graduates of children’s homes and family-type children’s villages are entitled to get housing from the state fund, but this provision of the law has not been enforced (over the last twenty years, the Zhanaozen orphanage released about 500 children, of which only 5 received  flats). In addition, the children of the orphanages noted the existence of a problem with receiving a quality education: after the release from the children’s home, they are all sent to one college, without any attempts undertaken by the orphanage autorities to find out what the children’s individual abilities and desires are.

The Open Dialog Foundation hereby expresses its concern over the problems, existing in Kazakhstan, connected with the education and maintenance of children in orphanages and children’s shelters, as well as over the problem of their further socialisation and adaptation in society. As a member of many international organisations, the Republic of Kazakhstan has assumed a number of commitments to protect the rights and liberties, which it currently does not abide by. In particular, in 1994, Kazakhstan ratified the UN Convention ‘On the Rights of the Child’. Given the irregularities reported by former pupils of the children’s homes, it can be stated that the Republic of Kazakhstan does not adhere to the following articles of the Convention:

Background information:
At present, the Republic of Kazakhstan is home to approximately 37,000 orphans and children without parental care. Approximately 13,000 orphans and children left without parental care are placed in children’s organisations of the education system (children’s homes, boarding schools). Each year, approximately 1,000 graduates leave the children’s homes, and only 2% of them enter universities or specialised secondary schools.